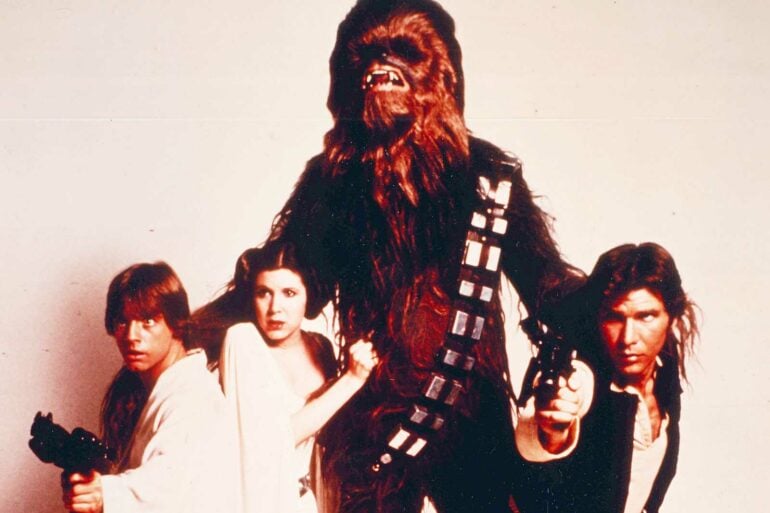 The CAPA Summer Movie Series Kicks Off In June

The CAPA Summer Movie Series is back for another epic year.

The 2022 series will run from June 16 through August 14 at the Historic Ohio Theatre. It will feature 25 films over nine weeks with 10 series premieres, a silent film with live music accompaniment, Fright Nite Friday, and two screenings of Saturday morning cartoons.

Of course, it wouldn’t be the CAPA Summer Movie Series without the Mighty Morton theatre organ. 30 minutes prior to each screening, Clark Wilson will entertain audiences on the organ. Fritz the Nite Owl won’t be on-site for the Fright Nite Friday event, but the spirit of Nite Owl Theatre lives on with the presentation of Halloween (1978) on Friday, July 15. There will be a full episode of Nite Owl Theatre including era-appropriate retro commercials.

There are also special services available for select films that will be audio-described for visually impaired persons at no charge.

Single tickets to individual films are $6 and go on sale Wednesday, June 1. If you’d like to buy tickets to more events, you can purchase a CAPA Summer Movie Series 10-pack now through Sunday, July 24. Ticket 10-packs are $40, a savings of $2 per ticket off day-of-show prices. They can be purchased in-person at the CBUSArts Ticket Center (39 E. State St.), online at www.capa.com, or by phone at (614) 469-0939. 10-pack tickets are good for any film in any combination.

You can see the full series lineup from CAPA below.

In this English-language remake of the 1978 Franco-Italian film La Cage aux Folles, a gay cabaret owner and his drag queen companion agree to put up a false, straight front so their son can introduce them to his fiancée’s right-wing, high-minded parents.

Long considered the quintessential gangster movie, this Oscar-winning Best Picture from director Francis Ford Coppola is celebrating its 50th anniversary. Brando also captured an Oscar for his portrayal of Don Corleone, the powerful patriarch at the center of a world of power, abuse, betrayal, and corruption.

A small-town, southern sheriff and African American Philadelphia detective team up to solve a murder if they don’t kill each other in the process. An unflinching look at racism and an intriguing mystery, this dramatic thriller won five Academy Awards, including Best Picture and Best Actor.

As an ex-pilot with a fear of flying, Ted Striker (Robert Hays) must land a passenger plane when its crew falls ill from food poisoning. Surely, he can find his inner hero, land the plane safely, and win back the woman he loves. But don’t call him Shirley.

This high-spirited Lerner and Loewe musical about the transformation of a feisty flower girl (Hepburn) into a socially acceptable lady was awarded eight Oscars for its fabulous costumes, stellar cast, and treasure trove of hit songs including “I Could Have Danced All Night,” “I’ve Grown Accustomed to Her Face,” “Get Me to the Church on Time,” and “The Rain in Spain.”

In this Oscar-winning romantic drama, star-crossed lovers Cathy and Heathcliff face the barrier of class despite their deep affection for each other. Based on Emily Brontë’s 1847 novel, producer Samuel Goldwyn claimed the film the favorite of all his productions.

Executive produced by Joan Crawford herself and nominated for four Oscars, this film noir thriller follows a wealthy, middle-aged playwright who uses her writing skills to set a trap for her ambitious, new husband and his mistress who are plotting her murder.

The film that started it all! Luke Skywalker joins forces with a Jedi Knight, a cocky pilot, a Wookiee, and two droids to save the galaxy from the evil Empire’s world-destroying battle station and rescue a princess from its mysterious leader. This 1997 special edition remaster was released to commemorate the film’s 20th anniversary.

Directed by Frank Capra, this film classic is screwball comedy at its best. Colbert and Gable are perfectly matched as a headstrong, runaway heiress and a newspaper reporter who fight the battle of the sexes on a cross-country bus trip. This was the first film to win all five major Oscars—Best Picture, Director, Actor, Actress, and Screenplay!

On Halloween night 1963, six-year-old Michael Myers murdered his teenage sister. After being institutionalized for 15 years, he escapes the mental hospital and returns to his hometown to kill again on the anniversary of her death. This horror classic will be screened in signature Nite Owl Theatre-style with era-appropriate, retro commercials and pre-recorded vignettes full of Fritz the Nite Owl trivia-tastic tomfoolery and campy special effects.

One of the most beloved movie musicals of all time, this cinematic adaptation of the stage hit about a man trying to find romantic matches for three of his five daughters includes classic numbers such as “Tradition,” “Sunrise, Sunset,” “Matchmaker,” and “If I Were a Rich Man.”

Personalities clash when former Secret Service agent turned private bodyguard Frank Farmer (Costner) is hired to protect pop singer superstar Rachel Marron (Houston) from a deranged fan edging closer to her private life. Includes clips of Houston performing “I Have Nothing,” “Queen of the Night,” and her megahit remake of “I Will Always Love You.”

Virginia and Willie meet and find romance on a train headed from New York to their old Kentucky homes until they arrive and find their families feuding like the Hatfields and McCoys. One of Buster Keaton’s most hilarious films! Accompanied by CAPA featured organist Clark Wilson on the Ohio’s original “Mighty Morton” theatre organ!

The grandson and reluctant heir-apparent to Baron Frankenstein creates an unforgettable monster with the hilarious assistance of a hunchbacked handyman, a mysterious housekeeper, a voluptuous lab technician, and a scene-stealing girlfriend and vamp. Mel Brooks directs this laugh-a-minute spoof of vintage horror films.

Director John Ford’s powerful portrayal of a Depression era family has been declared a national treasure by the Library of Congress. Its evocative black and white cinematography and astounding performances capture the heroism and hopelessness of John Steinbeck’s epic novel.

After a scandal runs gold-digging Flower Belle Lee out of town, she meets a con artist on the train, pretends to marry him, and becomes embroiled in a string of petty deceits.

Bud Abbott, Lou Costello, William Bendix
Two soda jerks dream of writing radio mysteries, but when they try to pitch an idea to a radio station, they end up in the middle of a real murder when the station owner is killed during a broadcast.

The Master of Suspense perfectly combines mystery, intrigue, romance, suspense, and plenty of action when Bergman marries the head of a Brazilian spy ring to help secret agent Grant.

In this gangster crime drama, three men attempt to make a living in Prohibitionist America after returning home from fighting together in WWI. Their bootlegging racket flourishes until love and rivalry interfere.

In this Oscar-winning first installment of Warner Bros.’ Batman film series, the Dark Knight of Gotham City begins his war on crime by squaring off against his first major enemy, the clownishly homicidal and criminal Joker.

Goonies never say die! After finding a pirate treasure map, a group of daring kids go on a series of dangerous adventures in search of “One-Eyed Willy’s” legendary fortune to save their home from being turned into a golf course. Steven Spielberg provided the storyline for this modern combination of “Our Gang” and Raiders of the Lost Ark.

Flynn is the quintessential swashbuckling rogue as he leads his Merry Men in foiling evil Prince John, battling the wicked Sheriff of Nottingham, robbing the rich to give to the poor, and winning the hand of Maid Marion. This lavishly produced spectacular is one of the most popular adventure films of all time!

This Hitchcock film noir closely follows the true story of “Manny” Balestrero, a struggling jazz musician accused of a series of armed robberies in New York City. Hitchcock himself dubbed this “a real-life story more terrifying than any fiction…”

Grace Kelly plays a spoiled, socialite divorcee ready to walk down the aisle once again, but she has three very different would-be-grooms from which to choose. Louis Armstrong makes an appearance as himself in this Oscar-nominated musical comedy scored by Cole Porter, featuring his pop standards “True Love” and “You’re Sensational.”