Live Theatre Will Return To Schiller Park This Summer 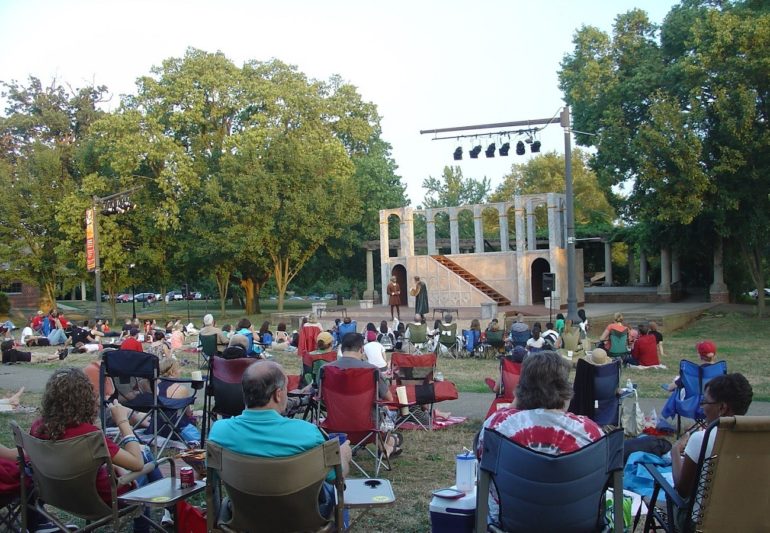 Actors’ Theatre of Columbus (ATC) is back with a spectacular 2021 lineup.

Once again, you’ll be able to spread out a blanket under the stars at Schiller Park for a series of performances by ATC. The theme of this year’s season is “Changes” which is pretty on point with what we’ve all been going through the past year.

The summer season kicks off with Much Ado About Nothing (May 27 – June 20) and Carlyle Brown’s The African Company Presents Richard III (June 24 – July 18), followed by Sarah Ruhl’s Eurydice (July 22 – August 8). The season will close with a collaboration between ATC and Columbus Children’s Theatre for a performance of Frances Hodgson Burnett’s The Secret Garden (August 12 – September 5).

“The plays we are presenting this season reflect on the importance of those unexpected moments that lead to romance, to grief, or to defiant new freedom in the face of oppression,” shared Artistic Director Philip J. Hickman. “Life is full of the unexpected. The plans we make are often disrupted by chance meetings, by tragedy, by fickle fate, and even by love. The common theme is the revelation of hope that is found when people find their way through the end of what they expected, into the new beginning of what has come after. Peace can be found after loss, and triumph after tragedy. There can be hope even when we don’t know what comes next.”

Outdoor summer shows are free and open to the public, though donations are encouraged and vital to the continued success of Actors’ Theatre. Memberships with Actors’ Theatre are also available by clicking here.