Ok, I might have spoken too soon last week when I called this Upper Arlington house the ultimate Columbus mid-century modern home, because this house from Rush Creek is a contender.

It’s the first time the house has made it to the market, with it staying in the same family since it was built in 1957 by Frank Lloyd Wright apprentice Ted Van Fossen.

Rush Creek Village, in Worthington, is one of the most architecturally notable neighborhoods in the Columbus area. Here’s the idea behind the location, from Worthington Historical Society:

“The organic architecture of Frank Lloyd Wright, demonstrated in his Usonian houses, was the major inspiration for Rush Creek Village. Construction actually began in 1956 with the house of Martha and Richard Wakefield, who then became the builder of the neighborhood as well. The designer was Theodore van Fossen, who planned the entire community, defining the individual sites and designing the original houses. The architectural unity of the project was ensured by the rule that the original owners could receive their deeds to their chosen properties only after their plans had been approved by van Fossen.”

This home was renovated and restored in 2010, but as you’ll see, it retains the magic.

The exterior integrates beautifully with the surrounding natural environment: 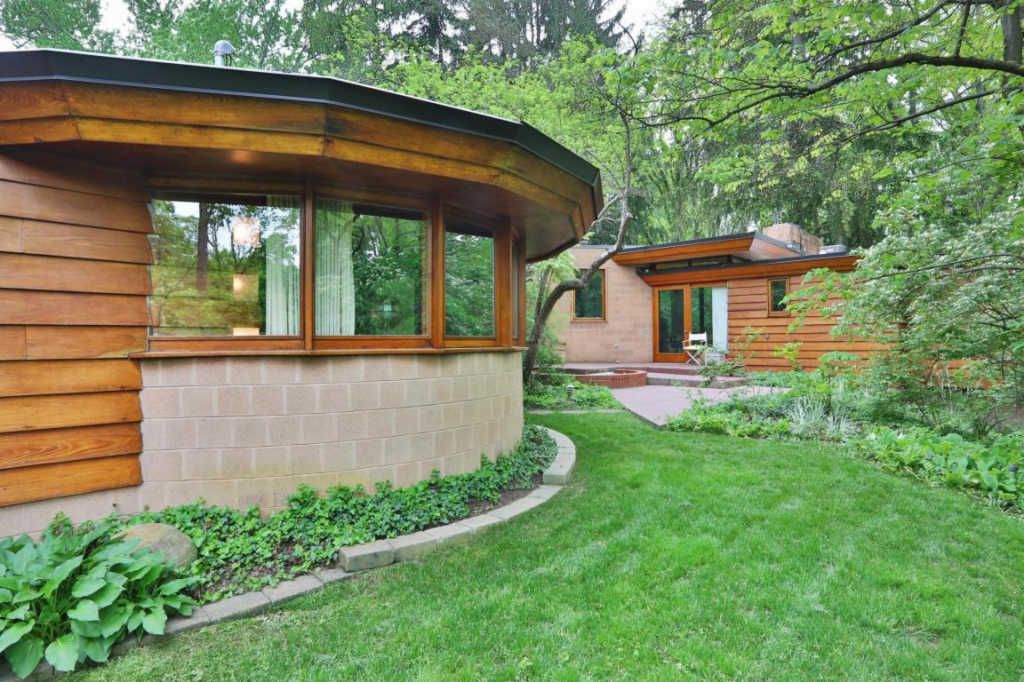 Entering the home, you see the cozy surroundings that continue the indoor/outdoor feel:

This fireplace looks like a cozy place to spend a winter:

The kitchen shows off the open floor plan:

How about this balcony?

And finally, the gorgeous patio: