Let’s be honest, these stores were as much a part of your childhood as Surge soda and pizza flavored Doritos.

Nostalgia is a heck of a thing. It’ll have you reminiscing over the most mundane of memories. Like back to school shopping as a kid or loitering around malls afterschool and cheesing the scene at the food courts.

Where To Have A Perfect Picnic In Columbus

Columbus’ shopping scene has changed dramatically over the years. Department stores that were once institutions of commerce are now mostly remembered as the venue for arena rock shows. Shopfronts now play host to seasonal costume and party supply stores, but once bustled with families and the warm smiles of kindly old cashier ladies.

We’re going to take the time to remember those now-defunct closed stores, where we spent our childhoods languidly traipsing behind our parents as they finished shopping.

There was a time where this grocery giant towered with the likes of Kroger and Meijer. The chain closed after customers began to complain about a decline in conditions as management attempted to reduce overhead costs. Never the less, for decades, Big Bear was a Central Ohio staple, having started right here in Columbus in 1934. Nowadays you can see their hollow remains in shopping centers all over the city because, frankly, no one has any idea what to do with them. Except maybe turn them into Halloween stores from the months of August to October which is exactly what’s happened to most of them.

Schottenstein’s was a discount family shopping center with roots in Columbus going back 85 years. The stores themselves were a lot like Fight Club back in the day. As a teenager, you were allowed to shop there, almost everyone did, but you weren’t allowed to talk about it. To discover that your coat or other clothes were bought at a reasonably priced department store was a faux pas on the prison fields of middles schools and high schools across the city. Of course, this was slightly contradictory, as literally, everyone’s parents shopped there for back to school clothes. Nowadays the company exists with its hands in many pots, from real estate to commercial lending and even Value City Furniture. Though their department stores may be closed the name lives on through the Schottenstein Center, a multi-purpose arena and concert venue.

Another discount department store, Buckeye Mart served as a nameplate for the Gamble-Skogmo conglomerate, which ran several different department stores throughout the U.S. under different branding. In the Midwest they were called Tempo Discount Department Stores but in Ohio (particularly in Columbus) they were referred to as Buckeye Mart. Despite their clever localized marketing strategy, the discount marts went out of business in the early 80s.

Discount Department stores never seemed to hold much luck in the Capital City it seems. Another Columbus based chain, Gold Circle, started in the city in 1967. Its reach grew long and vast, going so far as to have stores in New York. The chain was eventually dismantled and liquidated in 1988 when it was acquired by the Campeau Corporation.

Harts Stores actually got their start operating out of the basements of two different Big Bears stores. Eventually Big Bear bought them out, we all know what happened to those guys, but for a time the stores did really well. They became the grocer’s compatriot, often times opening up next to each store, selling clothing and furniture while Big Bear specialized in traditional groceries. Eventually, they doubled down on Big Bear, combining locations to form Big Bear Plus until the chain itself closed for good in 2004.

Lazarus made its headquarters in Columbus, Ohio and for nearly 150 years they dominated the Midwest department store market. They were pretty much the cornerstone of every major mall in the city at the time. Northland, Eastland, Westland, and City Center Mall were all carried on the backs of Lazarus stores. Eventually, the corporation merged with Macy’s and most of the stores either closed down or converted (at least in name) to Macy’s Department Stores. 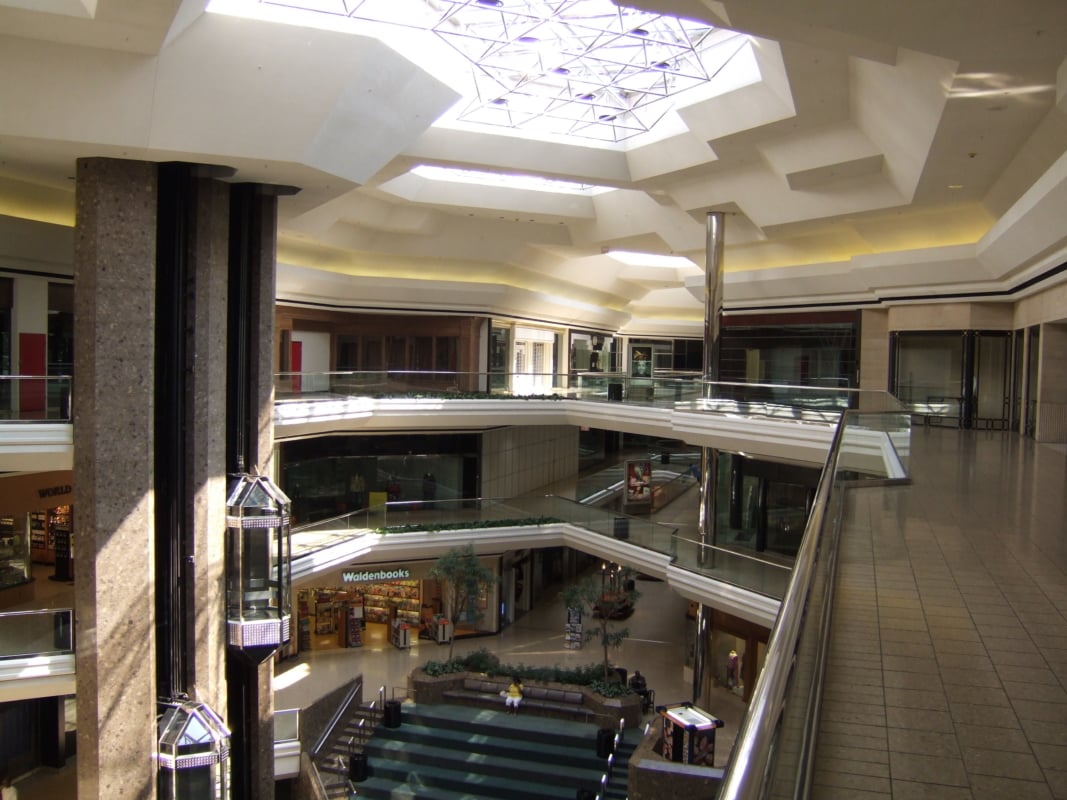 At one point City Center served as the central crux of the city. It was the go-to shopping destination for anyone in the Columbus area. It’s Christmas performances and displays were legendary and it’s three stories of shops and storefronts were the envy of every other commercial center in Columbus. Ultimately, it’s heyday ended and business slowed to a trickle. The entire mall was closed in 2007 and eventually, a bidding war over its space ensued. Capital South Community Urban Redevelopment Corporation and Columbus Downtown Development Corporation later tore down the mall and converted it to Columbus Commons, a privately owned outdoor park and pavilion.