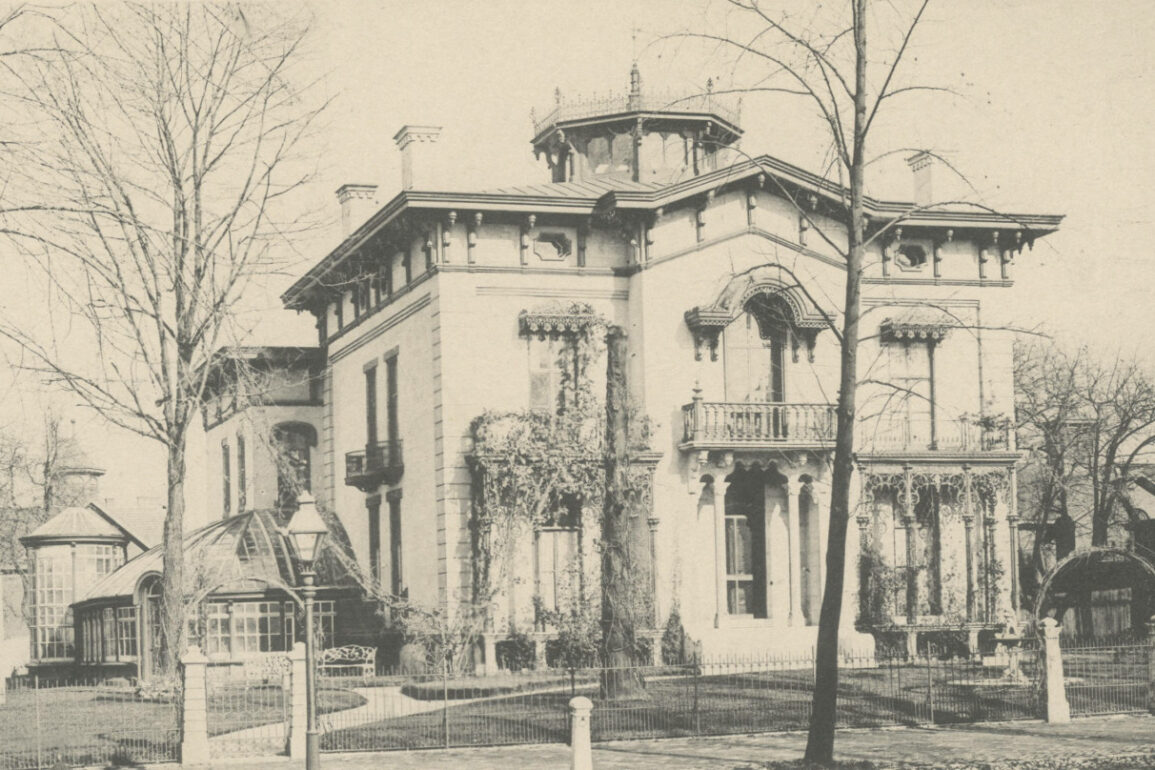 Francis C. Sessions wore many hats. He was the cofounder of Ellis and Sessions Dry Goods, the first president of Commercial National Bank and a founder of Columbus Art School. Sessions moved to Columbus from Massachusetts in 1840 and by the 1850s, he was out of the dry goods business and into banking.

He served as the secretary of the Columbus branch of the U.S. Sanitary Commission during the Civil War and even invested in streetcar businesses. But through all of his ventures, his love of art remained consistent.

The mansion belonging to Francis Sessions was built in 1840. The brick mansion sported a flat roof with an impressive cupola on top. The home also had a large adjoining glass conservatory.

Thankfully, this beautiful home wasn’t demolished to become a parking lot. Just a few years after its demolition, the site became home to the Columbus Gallery of Fine Arts which opened on January 22, 1931. The building continues to house beautiful works of art as the Columbus Museum of Art.