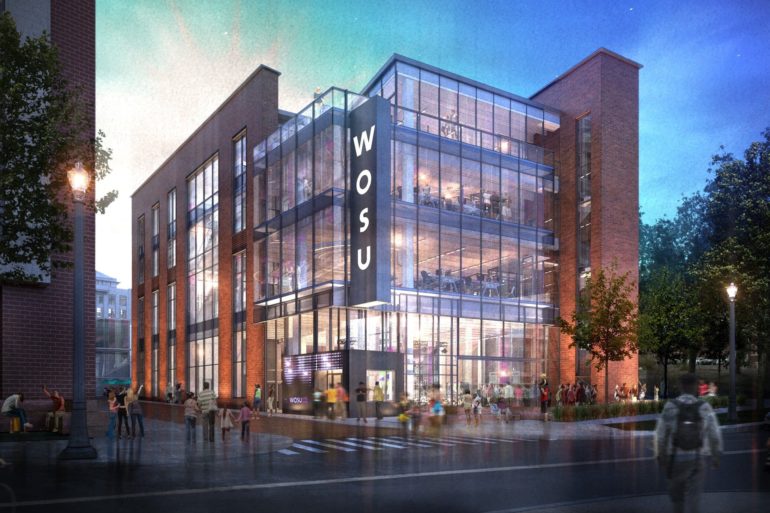 If you build it, they will come, right?

50 of those years have been spent, tucked away in the Fawcett Center basement on The Ohio State University’s campus. But that’s all about to change in a big way.

“At the nexus of campus and community, the new facility will have some very public spaces that will connect Columbus and Ohio State’s campus to WOSU in a new model for public media and our community,” said Tom Rieland, General Manager of WOSU Public Media, in a statement. “This will be an extremely flexible and open facility that will allow us to change as media evolves.”

The new digs will be located at 14th Avenue and Pearl Alley, as part of the 15+High Project. WOSU headquarters will feature a 2,200 square foot community studio, an expanded newsroom, both TV and radio production studios, and a state-of-the-art media learning lab. The facility will be home to more than 200 community events each year.

“WOSU will organize these events in collaboration with many campus and community partners,” said Meredith Hart, Marketing & Communications Director for WOSU. “There is extraordinary excitement about this space because of its visibility and the capabilities to live stream and broadcast from the venue.”

Over $9 million has already been raised for the project, including a generous, $5 million donation from Sandy and Andy Ross, a local couple who has supported WOSU for 30 years.

“Sandy and I have enjoyed everything WOSU has to offer for so long, and we want to help continue to support that quality programming well into the future,” said Andy Ross. “Whether I’m tinkering with engines and listening to 89.7 NPR News, or Sandy’s in the garden enjoying Classical 101, or we’re both watching PBS NewsHour in the evening, we can’t imagine our lives without WOSU, and want to inspire others to have it in their lives.”