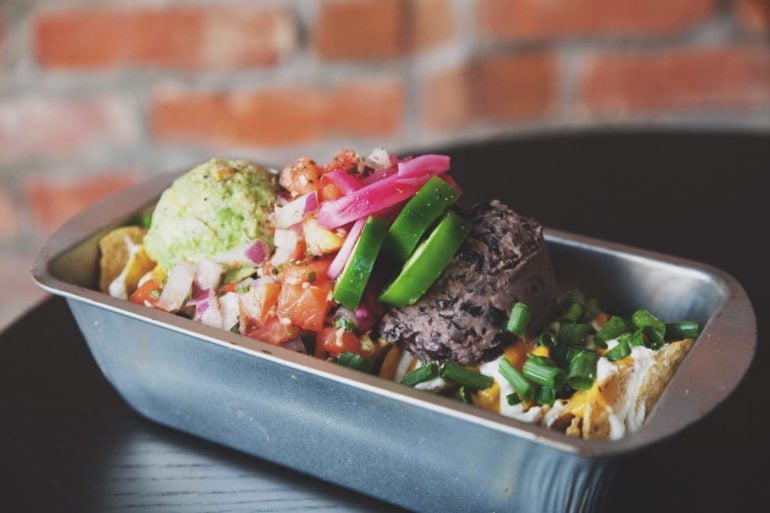 Woodhouse Vegan Has The Vegan Nachos You’ve Been Craving

When my favorite vegan joint in Columbus, Hal and Al’s closed down, I was legitimately heartbroken. I’m not even vegan, but they had a great vibe, good people, and delicious nachos. But thanks to Woodhouse Vegan, I think I’ve found a replacement.

What originated as a pop-up at Oddfellow’s is now a brick-and-mortar bar and restaurant in Italian Village. The space is unique, with a small dining area and bar area on one side and a large, elevated dining room on the other.

The restaurant is charming and bursting with all sorts of whimsical touches. Himalayan salt lamps decorate the tables, complemented by modern water pitchers and greenery. I’m a sucker for a beautiful bathroom and Woodhouse has two.

I know it seems weird to be bringing up a restaurant bathroom, but once you see it, you’ll understand. It has soaring ceilings letting in natural light and the finishes, from the vintage mirror to the incredible bird faucet are on point.

“That fixture started out as a joke,” explained Cara Woodhouse, who owns the restaurant with her mother, Carla, and two sisters Nicole and Krista. “At first, it was like, ‘look at this thing’, but then we decided to go for it.” They clearly made the right decision. It’s a work of art.

It’s the small touches like that that make Woodhouse feel exceptionally inviting. Which is a good thing, because you’ll want to bring your friends along. You’ll need them to help you when you order the nachos. Yes, they are as good as they look. 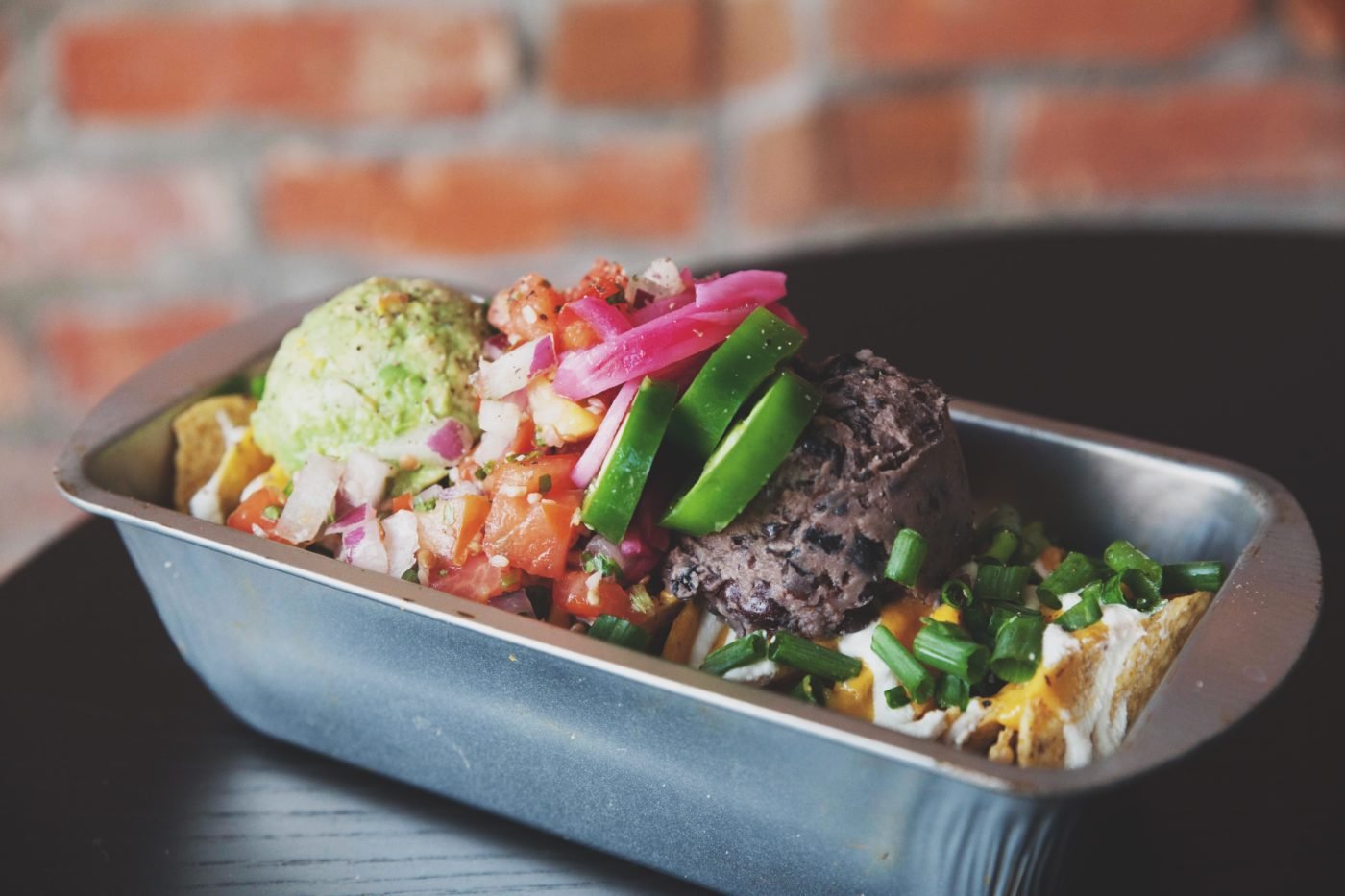 Woodhouse Vegan, located at 851 N 4th St., officially opened on Thursday. Stop in for a cocktail, some delightful food, and some great company.