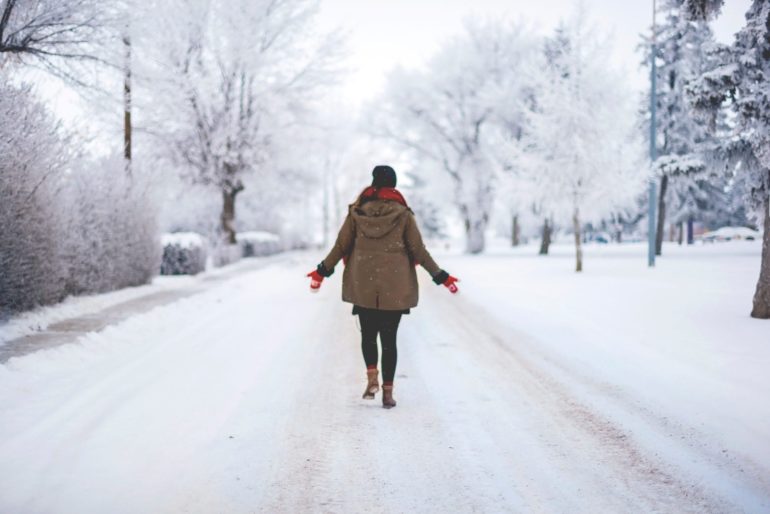 A Snowy Winter May Be Ahead For Columbus

According to a new report by the National Oceanic and Atmospheric Administration (NOAA), there is an increased chance of La Niña developing this fall.

The Farmer’s Almanac, on the other hand, predicts a warmer-than-usual winter season. So which will it be?

What is La Niña?

La Niña develops when surface temperatures in the Pacific Ocean along the equator are slightly lower. Due to these changes in water temperature, NOAA is now forecasting a 40 to 50 percent chance of above-average precipitation for portions of Ohio, as well as cooler temperatures.

This would be the second year in a row that La Niña developed, making it the first back-to-back years of the weather pattern since 2012.

What about the Farmer’s Almanac?

While the Farmer’s Almanac agrees that precipitation may be above average, it calls for warmer than usual weather. The almanac predicts that snowier weather will occur in mid-December, late December, early January and early February.

Columbus does see large amounts of snowfall, but nowhere near the totals that other major cities in Ohio experience. In Cleveland, the average is 47.7 inches. In 2004-05, they broke the record with 117.9 inches of snowfall.

The largest snowfall recorded in Columbus was in the winter of 1909-10 when 67.8 inches covered the city. The 30-year snowfall average for Columbus is 26.7 inches.

Columbus has not seen above average snowfall since 2014 when the city had more than 50 inches of snow.

Are you ready for winter weather or are you hoping for a more mild season? Regardless of the temperature and snowfall, we all know one thing for sure: