Here’s What To Expect At Sonic Temple Art+Music Festival

Everyone knows Columbus can support a massive rock festival. It was doing it for years with Rock on the Range. But the third weekend in May belongs to a new fest: Sonic Temple Art+Music Festival. So what can fans expect out of the show? We chatted with the Executive Vice President of Danny Wimmer Presents, Gary Spivack, to find out.

Anna And The Annadroids Are Premiering Their New Production In Columbus

Lesley James Is Stepping Down As Program Director At CD102.5

It’s Harry Potter’s Birthday, But We Get The Magical Gift

“You know, the first and foremost, Sonic Temple is a rock and roll festival. So the music, the energy, the attitude will all be there. But we’re going to modify improve the overall experience of the site and the venue,” Spivack explained.

The festival will host local vendors, a wide variety of rock music, and some artsy additions like the Spoken Word tent on Friday night. Expanding the festival to include more than just heavy rock was a core goal.

The line-up includes a variety of rock bands, but the show everyone seems most excited about has to be Foo Fighters.

“Foo Fighters is the ultimate rock and roll party. The second Dave Grohl and his band run on stage, you know the wheels are off and all bets are off, which is what rock and roll should be about,” said Spivack. 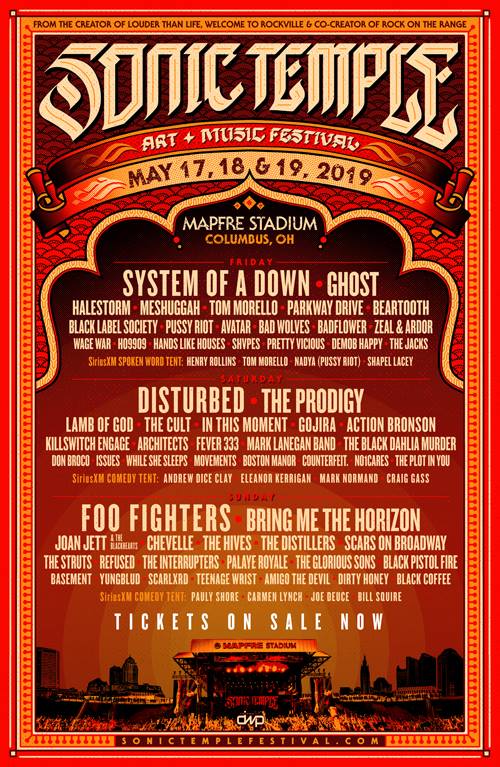 With the upcoming changes for the Columbus Crew and their potential move to a downtown stadium, it’s only natural that rock fans have been wondering about the fate of the new festival, and it’s location.

“I mean, our hopes and goals are that we have a long term commitment at the stadium. That feels like our home, that weekend of May 17-19 always feels like our weekend,” said Spivack. “So the level of consistency is very important for us to remain if we want to have the number one Rock Festival in all of America to have it at that venue on that weekend, is clearly a priority for us.”

Although there was a comedy tent at Rock on the Range for several years, Spivack wanted it to be more intentional at Sonic Temple. By incorporating the Spoken Word night on Friday, the festival is giving artists outside of the realm of Rock and Roll a chance to speak up.

“At the core, Sonic Temple is a rock festival. But we want to be more,” he said. “We just want to cast a wider net and have this more full spectrum of rock and not just be one thing. As long as the energy and the attitude and the vibe is there, that’s rock and roll.”

The festival will be held at Mapfre Stadium May 17, 18, and 19. Tickets are on sale now, and you can get your’s here.