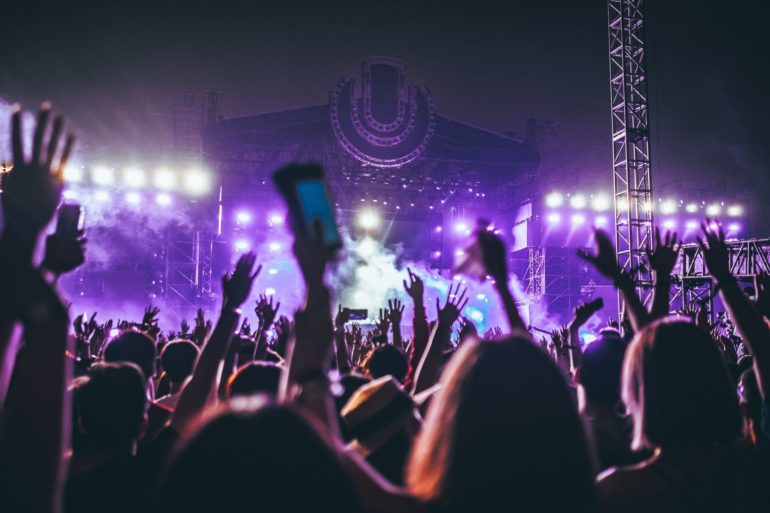 Navigator Weekender: The 14 Best Things To Do This Weekend Including Brews Over Beats, Columbus Taco Fest, And Rock On The Range

Congratulations! You survived another week! Now it’s time to reward yourself with a fun-filled weekend! There’s so much to do this weekend and here’s 14 of the best.

What: This show captures the Evil Dead films in a hilarious retelling for this theatrical performance.
When: May 18, 7:30 p.m.
Where: Club Diversity

The Spider Weaver: The legend of the Kente Cloth

What: This performance is a recreation of the book by Margaret Musgrave. The show will feature traditional songs and dance to showcase the African culture and the role of the Kente cloth.
When: May 18, 10 a.m. and 12 p.m.
Where: Lincoln Theatre

Comedy Get Down feat. Cedric the Entertainer

What: Cedric the Entertainer will be joined by Eddie Griffin, D.L. Hughley, and George Lopez for a hilarious night of comedy.
When: May 19, 8 p.m.
Where: Schottenstein Center

What: The 1st annual Columbus Taco Fest! Enjoy the weekend with tacos, tequila, and music at what’s sure to be a great kick-off to festival season.
When: May 19, 12 p.m. to 10 p.m.
Where: Genoa Park

What: Franklinton Arts District is proud to announce the fourth annual Art for Franklinton at the Idea Foundry. The fundraiser will include both a silent auction and a live auction to support the Franklinton art community.
When: May 19, 7 p.m. to 10 p.m.
Where: Columbus Idea Foundry, 421 W. State St.

What: This is the biggest yard sale ever. German Village residents flood the sidewalks and yards with a variety of items to browse to a fun and chill Saturday morning.
When: May 19, 8 a.m. to 3 p.m.
Where: German Village

What: The Drexel is doing a special screening of “Coming to America”, one of the films in the exhibition “Creating the Illusion”. This will be the 30 year anniversary of the screening.
When: May 19, 7 p.m. to 10 p.m.
Where: Drexel Theatre

Race For The Cure

What: Race for the Cure is back to Columbus. The Susan G. Komen foundation is working to end cancer, one race at a time. Whether you’re running or cheering on those who are, it’s a great cause to get behind.
When: May 19, 8 a.m. expo opens and 9:45 a.m. race starts
Where: Downtown Columbus

High of 85F. Thunderstorms in the afternoon.

What: The fifth annual Benefit show is this weekend where dancers, musicians, and singers from the community come together to put on a variety of performances from classical to rock. All proceeds go to support the National Hemophilia Foundation Central Ohio chapter.
When: May 20, 5:30 p.m. to 8 p.m.
Where: The Davidson Theatre, Riffe Center

Rock on the Range

What: Rock on the Range is back again this year with headliners like Alice in Chains, Avenged Sevenfold, Tool and Godsmack.
When: May 18- May 20, 12 p.m. to 11 p.m.
Where: Mapfre Stadium