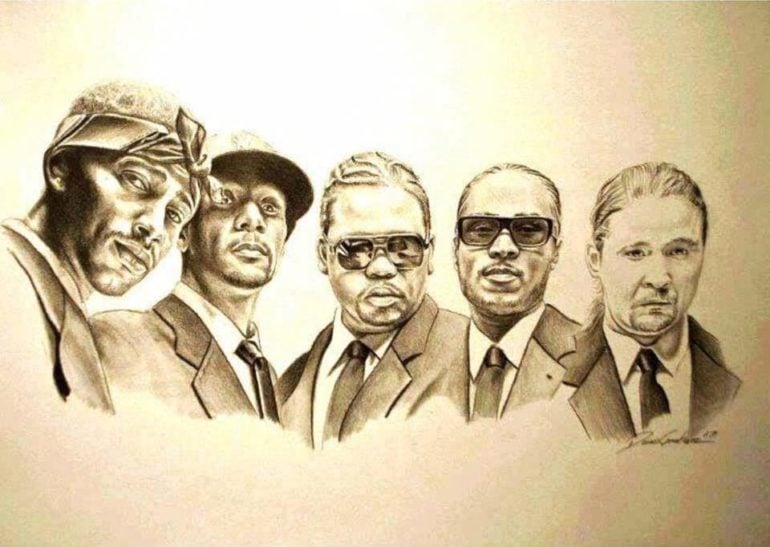 This weekend goes oldskool with classic hip-hop titans, Bone Thugs N’ Harmony, performing live at the Park Street Saloon. Not just that, but other retro ’90s acts like Twista and Genuine are set to play at the Columbus Commons. Looking for something more PG-Rated for the Kids? Not to worry, Gateway has you covered with their Summer Family Film series, not to mention the other marketplace events and festivals that are sure to entertain the whole family this weekend.

What: Old North Arcade is turning two this Friday! Come celebrate starting during happy hour and stay for DJ Darcy as he lays down some vinyl tracks later in the evening.
When: Friday, June 2 from 4 p.m. to 2 a.m.
Where: Old North Arcade, 2591 N High St, Columbus, Ohio 43202

What: Enjoy a weekend of food, shopping, and live music as Zassy’s teams up with Circle S Farms for their annual summer sale. With over 90 vendors to choose from, you’re sure to find something that catches your eye.
When: Friday, June 2 at 5 p.m. to Sunday, June 4 at 5 p.m.
Where:  9015 London-Groveport Rd, Grove City, OH 43123, United States

Rhythm On The River: The Blind Boys Of Alabama & MojoFlo

What: Grammy Award-winning artists The Blind Boys of Alabama and local music celebs MojoFlo throw down the jams for a fun night of Gospel and Soul tunes.
When: Friday, June 2 from 7:30 p.m. to 11:30 p.m.
Where: The Scioto Mile, Civic Center Dr, Columbus, Ohio 43215

What: A national peace demonstration focused on demanding truth and transparency from the government.
When: Saturday, June 3 from 10 a.m. to 12:30 p.m.
Where: Supreme Court of Ohio, 65 S Front St, Columbus, Ohio 43215

Summer 614 at The Commons

What: Oldskool hip-hop and R&B artists come together in the capital city. Come see the likes of Genuine, Rakim, Twista, and Slick Rick as they perform together at The Columbus Commons.
When: Saturday, June 3 from 3 p.m. to 11 p.m.
Where: Columbus Commons, 160 South High Street, Columbus, Ohio 43215

What: This exhibit by Tyler Bohm intricately bridges together art and technology to make a bold statement about humanity’s future and the direction our innovations are taking us.
When: Saturday, June 3 6 p.m. to 10 p.m.
Where: Sean Christopher Gallery Ohio, 815 North High Street, Suites H & N, Columbus, Ohio 43215

What: Some of the best craft beers in the city combined with a number of different chicken dishes and live music entertainment make this an event you just can’t miss.
When: Saturday, June 3 from 12 p.m. to 9 p.m.
Where: Land-Grant Brewing Company, 424 W Town St, Columbus, Ohio 43215

What: From the genius that brought us Twin Peaks comes the  2001 “neo-noir” classic Mulholland Drive. This David Lynch original has been restored in 4k for its anniversary and debuts at Gateway Film Center.
When: Sunday, June 4 from 4:30 p.m. to 7 p.m.
Where: Gateway Film Center, 1550 N High St, Columbus, Ohio 43201

What: The Icelandic post-rock band will be performing as a trio, without the normal accompaniment of string and brass auxiliary musicians.
When: Sunday, June 4 from 8 p.m. to 11 p.m.
Where: Palace Theatre, 34 W Broad St, Columbus, Ohio 43215

What: This self-styled “reggae/rock/dubtronica” band come to the capital city to perform their unique brand of music, blended with “conscious laden lyrics”. Opening acts are Elementree Levity Project and Rockstead.
When: Sunday, June 4 doors open at 6 p.m.
Where: The Basement, 391 Neil Ave, Columbus, Ohio 43215