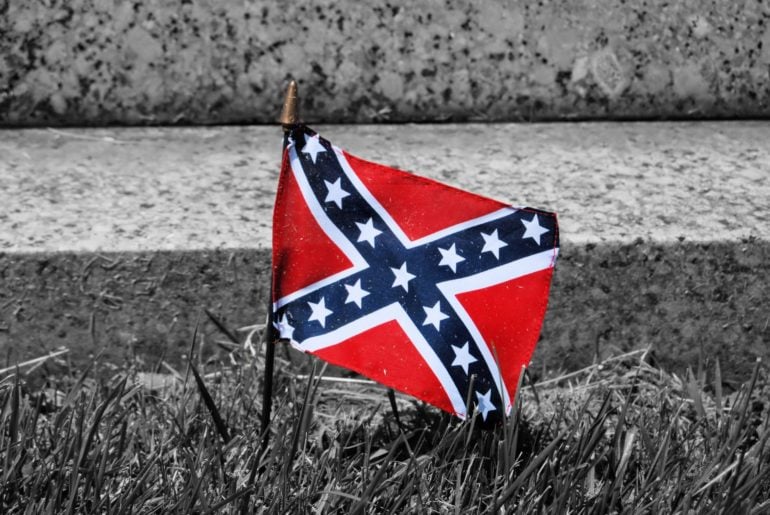 Two Ohio Communities War Over The Responsibility Of A Confederate Memorial

In the wake of social upheaval, the future of an Ohio Robert E. Lee monument is completely up in the air.

Two neighboring Ohio communities have been playing hot potato with a monument dedicated to Robert E. Lee located along side the Dixie Highway. The City of Franklin, as well as Franklin Township, have been trying to determine the rightful ownership of the civil war memorial. When the monument was originally commissioned by the United Daughters of the Confederacy and Friends in 1927, the land it sat in was owned by Franklin Township. The City of Franklin, however, has since annexed that land as early as the 1990s.

For days now, the responsibility of the stone and placard has been hotly contested. It was eventually determined that the City of Franklin had the authority to do with it whatever they will, which they promptly determined was to remove and relocate the structure. 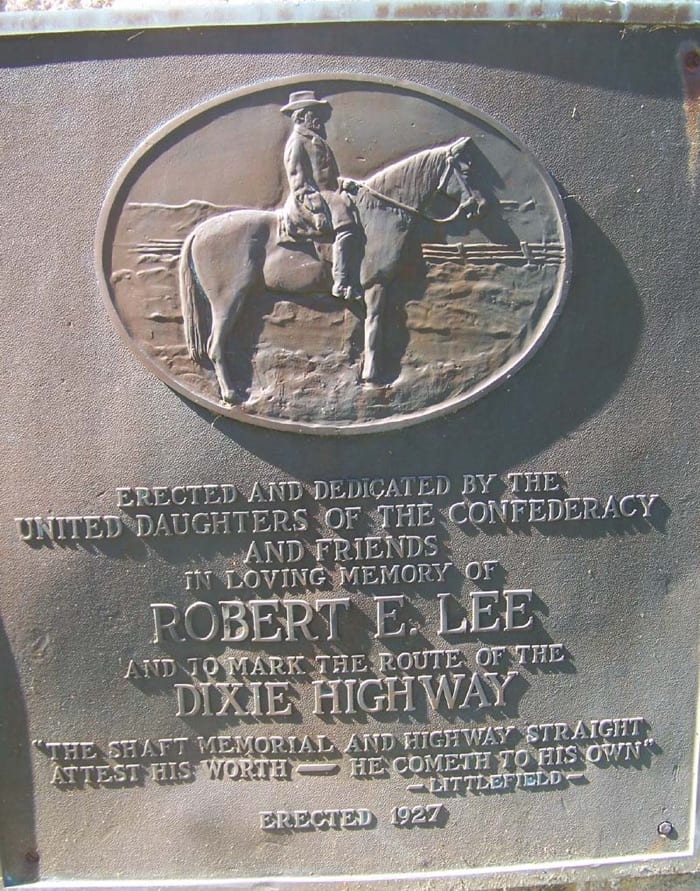 Franklin determined that the civil war memorial sat in what they call the highway’s “Right of Way”, an area that legally should be left clear for safety reasons.

The decision makes a great deal of sense seeing as how a motorist in 1981 once plowed straight into the monument, knocking it off its foundation. Up until that very point, many in the area hadn’t even realized the Robert E. Lee monument was even there.

Workers were able to transport the stone Wednesday night and are now trying to return control of the monument back over to Franklin Township, the original owners. Once the township decides on a location the monument will more than likely go up once again, a decision many in the area seem more than okay with despite the outcry of recent public opinion.

Part of the reason for the hasty removal and relocation of the bronze plaque is a planned protest by a Dayton area social justice group scheduled for over the weekend. Dayton SURJ (Showing Up For Racial Justice) plan to assemble and demonstrate against the monument August 19 at 4 p.m., stating that they stand in solidarity with Charlottesville and that they “stand against the white supremacist violence these statues and monuments celebrate.”

City of Franklin Ohio: Preserve Our History – Sign the Petition! https://t.co/mueUdbOR2s via @Change

Even the surviving descendants of Robert E. Lee himself concede that the time for statues and monuments dedicated to the general may well be over.

In an interview with Newsweek, Robert E. Lee V even went so far as to suggest that the best possible solution would be to relocate such monuments to museums. That way the memorials can be considered in the right historical context.

As of now, Franklin Township has yet to make any definite decision in regard to the monument’s future. Officials from both communities insist that the monument doesn’t inherently represent any racist ideology and that they support the memorial being rededicated some place else. Words are one thing, actual action is another, and it doesn’t seem like either side wants to take the responsibility of erecting a Confederate war memorial in light of today’s social climate.

Update (2:52 p.m.): Following Wednesday night’s removal of the Robert E. Lee monument in the City of Franklin, a temporary sign has been placed in its stead by persons unknown. The sign reads: We do not negotiate with terrorist [sic]. BLM is a terrorist organization. Robert E. Lee Monument 1927 Franklin Ohio.

Shrimp Lips On Parsons Ave. Lives Up To The Hype, And Then Some