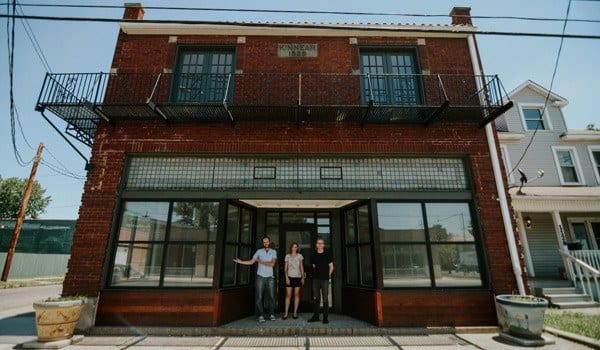 Two Dollar Radio announced earlier this week that they will be opening a brand new headquarters in the city’s South End this fall.

Thrilled to share the news that we're opening Two Dollar Radio Headquarters, a bookstore/bar/cafe on the South… https://t.co/AqVnAjuwSp

The family-run publisher’s new HQ will be home to a bookstore, a bar, and a cafe. Two Dollar Radio has had many national accolades, including honors from the National Book Foundation, 10 Best Books of the Year from O: The Oprah Magazine, as well as picked as Editor’s Choice from The New York Times Book Review.

Construction began on Monday, June 26 at 1124 Parsons Ave. The space is expected to be open in September. The bookstore will carry more than just Two Dollar Radio books. It will also sell a carefully crafted inventory of a variety of literature.

The bar will have cocktails and craft beer, most notably Hoof Hearted on tap, which isn’t common throughout the city. The cafe will serve locally sourced coffee and sandwiches, salads, and dips all made in-house.

Memberships will also be available for 25% off, but only through September. Perks from memberships include:

Two Dollar Radio was started back in 2005 by Eric Obenauf, Eliza Wood-Obenauf, and Brett Gregory. This year, they are publishing 7 titles, including Seeing People Off by Jana Bénová. The publisher will also put out their first collection of essays, They Can’t Kill Us Until They Kill Us by Hanif Abdurraquib, an MTV News Columnist.

For more updates about their south end location, please visit their website.