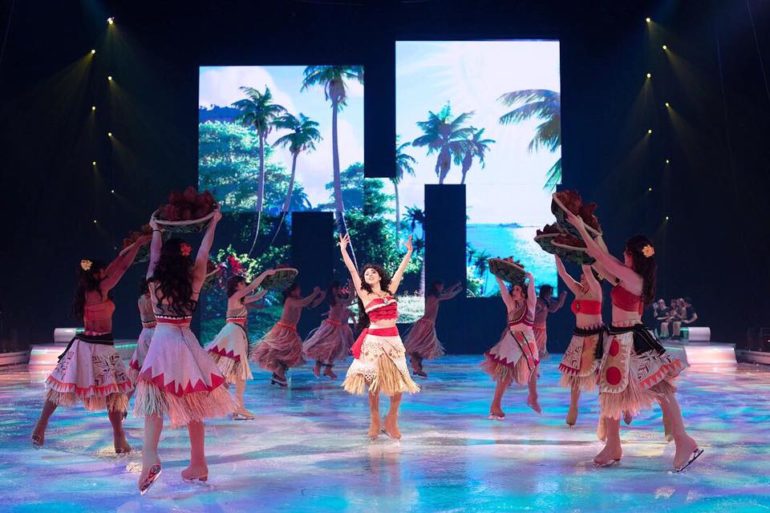 If you’re looking to fill up your calendar, you’ve come to the right place. There are a lot of fantastic events happening around the city, so bundle up and get out there. It will totally be worth it.

What: This one goes out to all of my fellow Harry Potter fans. COSI After Dark is hosting Wizard School, where you’ll make potions, learn about fantastic beasts, and so much more. This event is 21 and up only.
When: January 9 from 6 p.m. to 10 p.m.
Where: COSI, 333 W Broad St, Columbus, Ohio 43215

What: Back for their 20th year, Ohayocon is a yearly Japanese anime and pop-culture convention. Celebrate all things anime all weekend long, and don’t forget to check out Diana Garnet and Kevin Woo live in concert!
When: January 9-12, 2020
Where: Hyatt Regency Columbus, 350 N. High Street, Columbus, OH, 43215

What: Do you have a love for all things that go meow? Then pack up the whole family and head to the Amazing Cat Show. Cats of all kinds will be there to show off, including housecats, adoptable cats, and more.
When: January 10 from 6 p.m. to 10 p.m.
Where: 400 W Rich St, Columbus, Ohio 43215

What: The Columbus Weddings Show is the largest show in Central Ohio, tailored to today’s soon-to-be-wed couples. The show features 120+ of the area’s most experienced wedding professionals to help answer your questions and bring your dream wedding to life.
When: January 11-12 from 11 a.m. to 5 p.m.
Where: Ohio Expo Center—Kasich Hall, 717 E 17th Ave, Columbus, OH 43211

What: Thousands of craft beer fans + hundreds of craft beers = one epic weekend. Over 130 breweries will be participating in Columbus Winter Beerfest. Pro tip: have your ID ready when you get to the venue. It will make getting through the line a breeze.
When: January 17-18, 2020
Where: Greater Columbus Convention Center, 400 N High St, Columbus, OH 43215

What: Join us for the opening night of “Low Key Babe” by Columbus artist Jen Wrubleski (Jen Wrubles), featuring portraits of scene-stealing animal sidekicks and supporting characters. An animal actor doesn’t have to star in an animal movie to be a movie star animal. Music, light appetizers, and tours with film center staff will begin at 6 p.m. All art will be available for purchase.
When: January 17 from 6 p.m. to 9 p.m.
Where: The Gallery at Gateway Film Center, 1550 N High St, Columbus, Ohio 43201

What: Get ready to fight a dragon, swim with merpeople, and find out just who put Harry’s name in the Goblet of Fire! For the first time ever, audiences can rediscover the magic of Harry Potter and the Goblet of Fire while a live symphony orchestra performs Patrick Doyle’s unforgettable score.
When: January 18 at 2 p.m. and 8 p.m., January 19 at 2 p.m.
Where: Ohio Theatre, 39 E. State Street, Columbus, OH 43215

What: Spend the evening staring up at the stars. Visitors will look at stars and constellations using telescopes and binoculars, in the beautiful setting of Glacier Ridge Metro Park. Participants should meet at the Energy Center (Wind Turbine).
When: January 24 from 6 p.m. to 7 p.m.
Where: Glacier Ridge Metro Park, 9801 Hyland Croy, Plain City, Ohio 43064

What: Get dressed up in your favorite black & white attire and celebrate the creative spirit of Columbus at Wonderball. This fashionable evening of local food, music, performance, and interactive, unexpected experiences supports a vibrant arts community at the Museum and throughout Central Ohio.
When: January 25 from 8 p.m. to 12 a.m.
Where: Columbus Museum of Art, 480 East Broad Street, Columbus, OH 43215

What: Get your sweets on at Columbus Donut Fest. With tons of vendors, full size treats, and plenty to explore, this year’s event is bigger and better than ever.
When: January 26 from 11 a.m. to 4 p.m.
Where: Strongwater Food and Spirits, 401 W Town St, Columbus, Ohio 43215

What: Adventure awaits as Disney’s most adventurous dreamers put their courage to the test. Join fearless Moana and the greatest demigod that ever lived, Maui, on an action-packed voyage to restore the stolen heart of Te Fiti.
When: January 31 at 7 p.m.
Where: 200 W Nationwide Blvd, Columbus, Ohio 43215