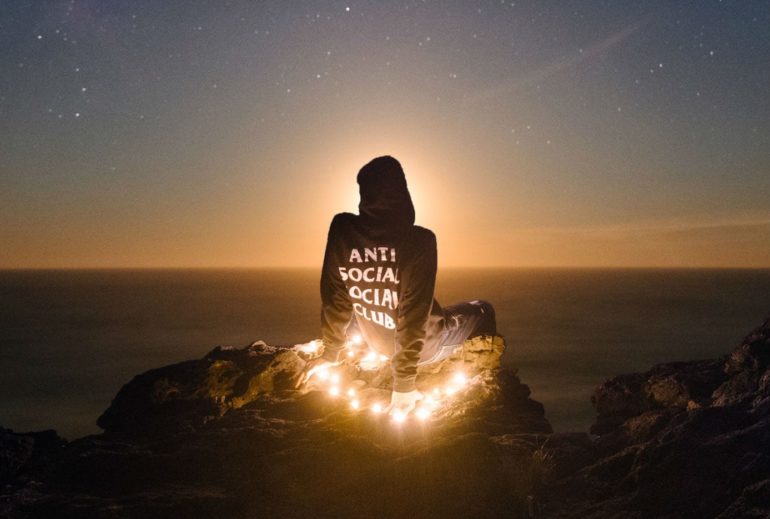 The Ultimate Guide To Doing Nothing In Columbus

First and foremost, I googled a list of anti-social behavior. A list I’d like to show to you now before we get down to the nitty gritty of actual cool anti-social stuff to do in our fair city. That list includes:

Now, I don’t know about you, but I have a cat and I like wine and I have literally only found three of those things vaguely entertaining (I’m leaving it up to you to guess, yeah, that’s a fun game). But for the rest of us in the city, sometimes we want to pretend to be vaguely fun people while putting in the least amount of actual sociable effort. So for all of us out there who would rather have awkward conversations with cats at a house party, or who stare too long at bathroom art (SOMETIMES IT’S DOPE AND EVERYONE OUTSIDE THE BATHROOM WANTS TO TALK TO US OKAY), here’s some fun stuff to do throughout the city that will get all your extrovert friends off your back while putting in the least amount of actual work. You’re welcome.

Let’s face it, we friggin’ love podcasts. It’s all the fun and joy of an actual conversation without, you know, the actual people. Going to see one live can be fun and (for the most part) no one will want to talk to you. Even the friends you go with will have no choice but to not say things to you as they’re obligated to pay attention to the nice and charming people talking on stage and not you. And lately, Columbus has had some killer national podcasts performing live in our own town. From My Favorite Murder to Wait, Wait, Don’t Tell Me, there are plenty making their way up to Central Ohio and plenty of chances to catch a show. Definitely check out the Columbus Podcast Festival, happening in town May 10th through 13th.

Minimum amount of people to speak to: Like, maybe 3 depending on how many friends you take with you.

Possibly one of the greatest things to happen to introverts in Columbus is the sheer awesomeness that is our public library system. CML flexes so hard on a national level that they actually pull in acclaimed and recognized authors from all over the place. There are tons of events in town that allow you to come and see your favorite authors explain their works and rub shoulders with their fans. Not all of them are CML exclusive. Bexley Library, as well as all the various bookshops here in town, bring in some interesting literary talents. Robin Yocum comes to The Thurber House April 25th, Gramercy Books in Bexley features Andrew Welsh-Huggins April 13th and Andrea Pitzer April 18th, while Columbus Metropolitan Libraries host Sandra Cisneros May 20th.

Minimum amount of people to speak to: Nearly zero. Unless you reeeeeally want to speak to the author but if you’re anything like me that’s a terrifying concept. Never meet your heroes, as the jaded ones say.

Poetry Readings are worth mentioning separately from Author Events simply because they can be a different beast in and of themselves. For starters, some of these happen outside of the havens of the average introverted type. We’re not just talking cafes and bookstores here, but often times bars and cocktail joints as well. Not only that but the energy is intensely different. These people aren’t just writers but often times vocal performers that can animate, arouse, and intimidate an unready crowd. People are more willing to converse and dissect the experience afterward, including strangers, so be prepared for a tidbit of interaction. Be sure to check out Two Dollar Radio and Kafe Kerouac for their poetry events.

Minimum amount of people to speak to: We’re going with a hard four on this one. Not only are people you don’t know going to speak to you afterward, but the readers are usually hyped from their performances and willing (and sometimes will pursue) interaction with guests. Also, you might surprise yourself and may want to do the same, it’s that intoxicating.

Almost every bar has one. Quiz nights in Columbus are a weekly bloodsport where you can actually use all that pent up introvert knowledge you’ve accumulated. You’ve spent years binge watching shows, reading useless facts, and knitting actual mittens for your cats (unrelated), just for this one moment where you can own the night and prove your nerd-like dominance to a room full of strangers and friends. You know the answers. You have the pop culture wisdom. Now all you need is that Long Island Ice-Tea to get you out and in public and you’re golden pony boy, you’re golden. Be sure to hit up Bodega on Sundays, World of Beer on Mondays, and Oddfellows every Tuesday.

Minimum amount of people to speak to: Six. Trust no one outside your team and the bartender. They all want your precious knowledge and you will protect it with all of your introverted fury.

Any Jazz Show Ever At Dick’s Den

Dick’s Den has been a local jazz staple for dozens of years. Not only will you be treated to a range of sweet melodic tunes, but the atmosphere is quaint and dark and oh so secluded. If you’re not one for large crowds and you want to be left alone to awesome music, this is pretty much your Valhalla. Bring a friend or two, just make sure they don’t try and talk to you over all the tasty jams that you’re definitely bound to enjoy.

Minimum amount of people to speak to: Four including that person at the bar that wants to know where you got your scarf and also may or may not be hitting on you.

Columbus is blowing up in a big way in the competitive video game department. There’s a number of gaming clubs and cafes that have opened up in recent years that host all sorts of competitive play, not just for participation but also to just watch and observe. It’s all the fun of playing video games but you can actually be even lazier and not play them, which is great. Check out places like Game Arena, Close Quarters, and Akiba Arcade. They’ve got events for social gamers who want to tear into their opponents and the casul (intentional spelling) who just want to check out some gameplay and observe. Trust me, all those late nights in front of the gaming screen might actually just pay off.

Minimum amount of people to speak to: At least one. Who doesn’t talk trash to their opponent? Not playing? That’s cool, but do you really think you’re not gonna backseat drive and yell at whoever is losing? Yeah. Exactly.

Nerdy Movie Stuff, or as they’re actually called “film festivals”, are a primo way to get out and about and interact with almost no one. I don’t know if you’ve ever been to one but you literally sit there and then you watch stuff. That’s it. It’s amazing. Horror flicks, cult classics, anime, any weirdo midnight nation favorites, they have them all. Columbus even has our very own classic late night movie viewing host, Fritz the Nite Owl, spanning a career that started in the mid-seventies. Cinephiles are definitely going to want to hit up Studio 35, The Drexel, Gateway Movie Theatres, and Grandview Theater for listings and times for a great night out of doing nothing but watching weird stuff in a dark room and interacting with absolutely nobody (if this doesn’t sound awesome to you then you’re reading the wrong article my friend). Also, follow Fritz the Nite Owl for his own viewings and events.

Minimum amount of people to speak to: Literally no one. It’s sooooo very glorious.

While most of your friends hit up these events to snag some cheap wine and pretend they actually know that some unsteady line of crayon-scrawled on a canvas is really the artist’s commentary on the institution of primary school, you actually mess with weird stuff and Ero Guro is kinda your bag (do not Google that unless you regularly wear black nail polish and/or you want to have a heart attack). You don’t know what it is but being surrounded by paintings, no matter how weird or literal, impressionistic or expressive, you feel a quiet right there in the middle of you. Like the walls and the paintings are all yelling, talking at once, but you’re just there, wading through all that sound. Suddenly, all of the people there don’t bother you as much. The art drowns them all out and you can wander. Among the throng of shifting, loud, silly people. And, perhaps for the first time, one of them.

Minimum amount of people to speak to: I don’t think you’ll mind quite so much this time. Check out The Vanderelli Room and any of the many galleries during Gallery Hop.