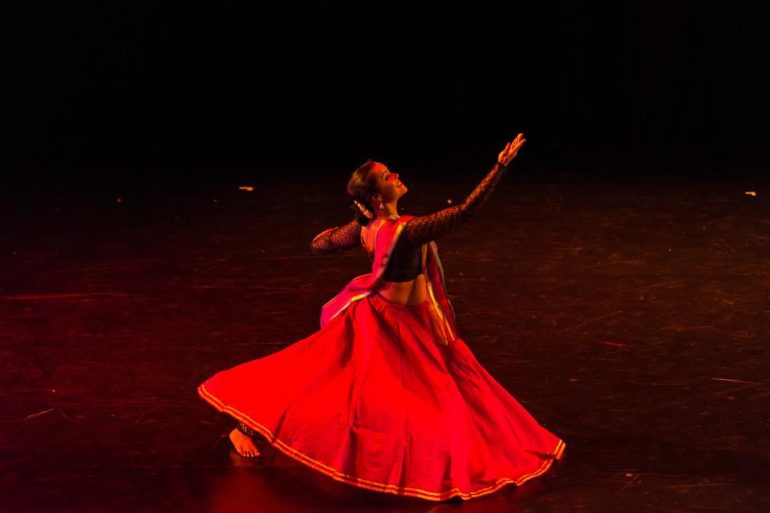 These local and national artists united to throw down against hemophilia and ended up creating something uniquely communal and aesthetically gorgeous.

The lights darkened in the theatre. A still ambiance of held breaths and quiet contemplation seized the room. There was a brief ruffle as program guides were folded closed, clenched tightly in passive but eager hands. Suddenly, a vibrant and ambient blue illuminates the stage, revealing a seated orchestra and a band of dancers in still poses. The eye of the audience is allowed only a moment to take in the scene, to find a comfort in the color and the stillness in the figures of the dancers, all before the orchestra strikes in abruptly with a pithy little number in A minor. The dancers writhe gently, sinew flexing, limbs moving about in a flurry of motion and shapes and articulation. The whole of it painting a synesthetic landscape of color and movement, fed to the senses buffet style— served in heaps and mounds with plenty left over to take in and digest.

This was the fifth annual performance of “The Benefit”. A charity event put together and performed by local and national artists benefiting people affected by hemophilia, a blood condition that can turn even the slightest of cuts into life threatening injuries. That, in and of itself, is something to be lauded and recognized for each and every artist that takes the time to contribute their time and hard work in order to build revenue and resources that go directly to the Central Ohio Chapter of the National Hemophilia Foundation. But The Benefit goes beyond classical ballet performances. It’s also an opportunity for the dancers and choreographers to work outside of the traditional and pull in a plethora of local artists and contributors who you wouldn’t normally find within the classical dance circuit.

Local alternative band, “The Wind and the Sea”, contributed musically to The Benefit. Performing an original, as yet unrecorded song “Too Real”, the band added an edgy psychedelia to the performance that not only found itself at home within an orchestral setting, but thrived along with it. Mansee Singhi, an expert Kathak and Ghoomar folk dancer, also performed. Her feet, adorned with the traditional bells of the Indian art, rang loudly with each fanciful step. The dichotomy of her boisterous and musical movements to those of the muffled shuffling of ballet slippers was as impactful as it was enthralling.

When asked about the choices of collaborators and artists, Attila Bongar, one of the producers of the event said simply, “I don’t know if it was super conscious who volunteered or who we asked. I remembered running into Phillip [Phillip Reed of The Earth and the Sea] and I heard his music and I thought, that’ll be cool, let’s give it a shot.” When Mansee Singhi offered to volunteer her services Bongar jumped at the chance to “shake things up” and make The Benefit as culturally inclusive as possible.

Marcus Jarrell Willis, a dancer and choreographer, was another independent artist drawn into the talent pool for The Benefit. He performed his own originally crafted piece “Beyond Reach”, which resonated with the audience, not just with dance but with its use of sound and lighting. Willis utilized the repetition of forward movement to tell a narrative of progress, failure, and the inevitable will to continue on. When asked Willis admits the piece was deeply personal but also feels it’s something that most of us can relate to in our own daily lives.

Parts of the event very much catered to the traditional ballet community, but in many ways it was also fairly DIY-punk, in spirit and execution. It kept a rein on tradition but it also gave a careful nod to a younger, fresh, more modern audience. One thirsty for art with authenticity, that can respect a local communal effort by its performers. In short, The Benefit was beautiful, it was out of the box, and it was an outstanding example of how unconventional and synergistic Columbus art shows can (and often should) be.