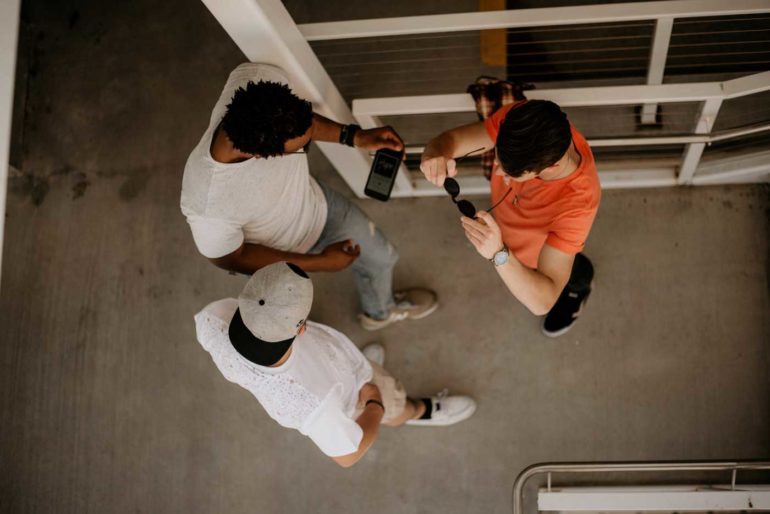 The 7 Basic Bros Of Columbus And Where To Find Them

Ragging on Bros is a lot like Uno – it’s easy, fun for the whole family, and someone named Chad is going to get upset and flip a table.

In our ongoing metro-safari series, we’ve been observing the worst humans Columbus has to offer in their own natural habitat. We’ve already spread hate from Columbus Hipsters to The Most Annoying Types of People In Columbus.

Now we’re targeting one of the oldest, most unpleasant types of schmucks on the planet and examining the subcategories that make up the genus, BROIUS BASICUS. In other words: Basic Bros, ya’ll can get it too.

On the surface, it’s easy to disregard the Instagram Bro as vain, shallow, and more than a little conceited. After all, anyone who excuses himself to the bathroom to take pictures of their stomach is either a two-dimensional idiot or is really worried about a possible rash and needs their bro’s opinion. But when you think about it the IG Bro is really just a dude trying to express himself with… himself, I guess.

Inside every IG Bro is a moderately talented art dude, just flexing to get out. Those super basic gym selfies aren’t just photo ops for their (horribly bland) tribal tattoos that they picked up at a tattoo expo out of Gary, Indiana, they’re also a cry for help and self-expression. Next time you see a guy in the bathroom, shirtless, with duck lips pursed shamelessly, don’t judge the man. Show pity by giving him a Groupon for a photography or glass blowing class. Afterward, make fun of his hair. It’s probably shaved on the sides and very, very, stupid looking.

Where to find them: The Short North, World of Beer, The Scioto Mile taking pics of himself in front of the water.

It’s 2017 and no one is even ironically wearing cargo shorts anymore. That doesn’t stop cargo bro. He must have his own personal retail and distributor hook-up because the last time I even saw a pair in stores was before Kanye lost his damn mind. What’s incredibly perplexing is that this Bro doesn’t actually utilize the mysterious extra side pockets that come on cargo shorts.

More often than not he’s seen patting them down to make sure that there’s nothing in them, as if he’d ever absent-mindedly utilize the pockets. Cargo Bro is often seen wandering near the site of the old City Center Mall, searching for misplaced nostalgia and generally looking like an agitated stepfather. Curiously, they also think mayonnaise is incredibly spicy.

Where to find them: Columbus Commons, your nearby Wal-Mart, The Columbus Subreddit (or as I like to call it, the Digital Chinatown Bus Station of Awful and Boring Humans).

Literally the razor scooter of nicotine consumption. Unlike cigarette smokers who are afraid to tell their families they smoke out of sheer and inevitable heartbreaking disappointment, people who vape don’t tell their parents out of the very real possibility their mothers will beat them up, take away their allowance, and then tie their shoelaces together to teach them a lesson.

They often display their ludicrous devices to people who don’t care about them, like they were actually showing off something awesome like a lightsaber or a sonic screwdriver. But seriously: how have they not made one to look like a lightsaber or Dr. Who sonic screwdriver? How? (Let’s not pretend that these distributors really know what copyright laws are, they operate next to abandoned Big Bear stores for chrissakes).

Where to find them: Your local vape shop, outside 16-Bit Arcade, seeing a band you’ve never heard of in The Basement.

Though IPAs may be the first beer Bad Beer Bros have ever admitted to liking outside of Bud Light Lime, their roster of awful drinks have multiplied over the years. These bros can also subsist on a steady diet of Redd’s Apple Ale and the occasional shot of Fireball. Since recent events have led to the return and distribution of Zima’s, Bad Beer Bros have been whipped into an unmitigated frenzy.

Their entire social media feed is chocked full of unabashed pics of them with their Bros at parties. Terrible hair abounds, a Zima in each free hand, a look of glee, terror, and sheer confusion all intermingled on their faces. As if at any moment they’re liable to ask in a quivering voice, “Are we doing this right? Are we partying?” And after finally breaking down into a fit of shameful tears and sobbing, they ask again, this time pleading for the answer with weighted eyes, “Are we partying?…”

Where to find them: Almost any bar near Park Street.

Columbus, it’s time we were honest with ourselves, there are more country music fans in this city than any of us are willing to admit or imagine. I remember the halcyonic days of my youth when I was foolish enough to believe that country music fans weren’t hiding behind every corner and inside every crevice of this city. I don’t know when it happened and I don’t care to empathize, but there isn’t one social media feed in Columbus safe from a Kenny Chesney or Luke Bryan shout out (let the record show that I had to google both of those names). The Cul De Sac Cow-Bro is the inevitable outcome of a city run rampant with flannel and wannabes. They rep country music like hipsters rep Bon Iver albums, unapologetically and with a lot of opinions. Perhaps the most infuriating thing about the Cul De Sac Cow-Bro is that in NO way is he actually from the country. More than likely they’re from Worthington or Pickerington or (shudders) Reynoldsburg.

If you like country music but you can’t stand the Kenny Chesneys and Luke Bryans of the world, you’re more than likely cool and actually country. If you read this, got offended, and started cranking Florida Georgia Line (Googled) on your Spotify in retaliation while holding back rage-filled tears, you’re a poser Cul De Sac Cow-Bro and you need to learn how to play cornhole to other music besides Toby Keith like an adult. Kidding, cornhole is for children and old-timey carnivals.

Where to find them: Tequila Cowboy, probably next door, literally everywhere.

There used to be purer times. Times when your average Bro could be identified by a casual, “come at me” and even a “do you even lift?” But not anymore. Bros have evolved. What used to be a harmless Bro with a simple affinity for benchpressing has turned into an entire cult of people slamming hammers into truck tires (Seriously, what in the hell is that?) People don’t even go to church anymore they just hit up Crosstraining gyms every Sunday. If you haven’t seen one they essentially look like your Uncle Ronnie’s backyard but inside a warehouse. You know, the uncle with no kids but has a swingset, a bunch of random tires, and an old punching bag from the 80s in his backyard for no reason? I can’t be the only one with an Uncle Ronnie.

Anyway, the Crosstraining Bros make the Bench Press Bros of the past look harmless in comparison. And what are they doing with all that shreddedness? Are they training for Ninja Warrior or a triathlon or something? No. No, they’re not. They’re just getting jacked and loitering around their living room, all ripped and stuff FOR NO REASON. If the idea of actual Super Saiyans existing in the same world as you with too much time and no hobbies doesn’t worry you then clearly we have a different idea of how the Mad Max movies happened.

Where to find them: Arena District, The North Market, standing awkwardly in a public place confused and ripped for no reason.

APEX BRO IS ALL THAT IS BRO. His Bro-iness has surpassed 9000 and he demands that all lower forms of Bro bend the knee to his authority. Apex Bro can be seen holding a vape pen in one hand, taking a selfie in the other, drinking an awful beer in a completely different hand, and working one of those fitness grips in yet another. Essentially he looks like a four-armed pagan god of debauchery, destruction, and awful life decisions (and not in the awesome way I aspire to be). If you stare directly into his eyes you’ll see Youtubed MMA highlights and GIFs of Guy Fieri screaming “Welcome to flavor town!”

He is usually seen wreathed in a fiery flat-billed cap while emanating the ancient om or mantra of the Bro, a sacred word that reaches all the way back to their roots in the 90s that is essentially pronounced “waaazzzup”. Apex Bros are extremely rare, mostly due to their ancient code, the Rule of Two, that basically limits them to two existing Apex Bros at a time (a “Lifter” and a “Spotter”). If you happen to run across one, don’t ask them any challenging questions or you’re liable to be challenged to arm wrestling or the latest version of FIFA on XBox.

Where to find them: The seat of his throne lies in Gaswerks. It’s basically Asgard for bros.