“I Have It. I Have Been Socialized Into It. So What Am I Going To Do To Act Against It?”

A Conversation About Systemic Racism With YWCA Columbus 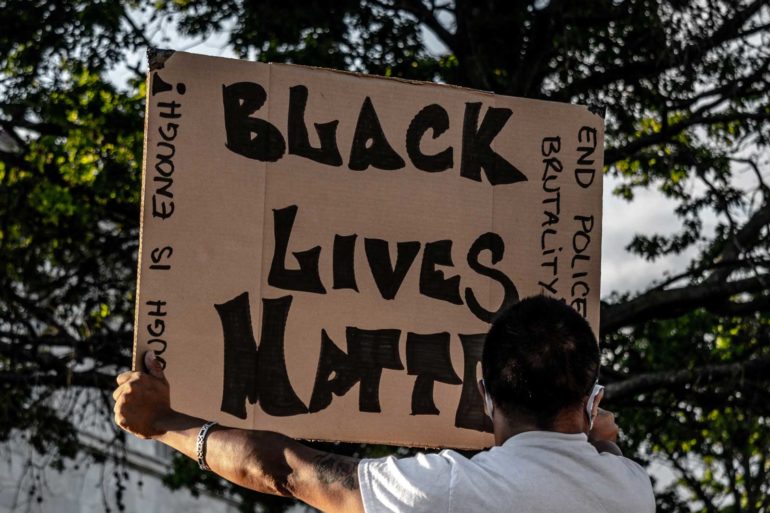 At such an important time in America and in our city, we believe that having uncomfortable conversations about systemic racism and then turning those conversations into action is crucial.

We invited YWCA Columbus, specifically Caroline Woliver, the Director of Leadership and Social Justice, to share some vital information about fighting systemic racism both on an individual level and as a community.

It’s not enough to not be racist. We need to be actively and passionately anti-racist in Columbus if we’re going to change the systems of oppression in this country. We’ve got a lot to get through, so I’ll let Caroline take it from here.

Thank you so much for inviting YWCA Columbus to participate in such an important conversation. Advancing racial justice has been foundational to our work since our inception; and as we begin our conversation today on dismantling systemic racism, I think it is important to start by saying that foundationally, we have to change our idea of racism and what it means to be racist.

Many of us today have been socialized to understand racism as an intentional act of meanness towards a person because of their race. We often focus on acts of individual racism that we hear about in the media or directly experience, like employment discrimination or racial profiling; and while these attacks are deeply harmful, the system of racism is much more pervasive and far-reaching. If we limit our discussion to racism on an interpersonal level, we end up narrowing in on the impact of individual “bad apples,” and our solution to racism becomes simply about individual punishment. However, as time has proven, racism cannot be eliminated by exclusively focusing on individual acts.

In fact, one of the ways our society upholds racism is by continuing to zero in only on individual racism instead of critically examining the ways in which white supremacy is woven throughout the policies, values and norms of our institutions and culture. Americans grow up being influenced by a non-inclusive narrative of our nation’s history and are inundated with bias, misinformation, and stereotypes in the media that carry deep-rooted and damaging messages about people of color.

When we understand racism as a system that we have all been socialized into and that its influence is pervasive, it stops us from centering the conversation on our feelings and ego, good vs. bad, racist or not racist. You can believe you are a socially-conscious, kind person and still accept that you have learned unconscious biases from a lifetime of being saturated in structural racism. The two are not mutually exclusive.

Instead, that understanding transforms guilt and shame into an awareness of, “I have it. I have been socialized into it. So what am I going to do to act against it?” When we recognize that racism operates at the individual and structural level, we can move beyond personal anxiety and focus on institutional and structural change.

As an individual, what are some steps we can take in fighting systemic racism?

Right now is a critical period in American history – we are living through the largest civil rights movement of our time. We all have a responsibility to commit to anti-racist direct action and build a sustained momentum to fight against systemic racism. To take the next step toward change, you can:

As a community, what are some steps we can take in fighting systemic racism?

As a community, it is critically important to acknowledge the historical role of government in creating and maintaining racial inequities. Through decisions about who could gain citizenship, who could vote, who could own property, and who could live where, government at all levels have influenced distribution of advantage and disadvantage in American society.

While Black Americans were being forced to provide free labor and being denied basic human rights, enslavers and others who benefitted from slavery were accumulating generational wealth that continues to advantage their descendants today. In fact, when considering the timeline of Black American history, what we now call the post-civil rights era only accounts for about 55 years of a 400+ year history. In fact, enslavement and Jim Crow account for 345 years and make up about 86% of the Black American experience, meaning centuries of explicit advantages for whites and disadvantages for Blacks.

And because of America’s reluctance to discuss systemic racism, people often cite “not seeing color” or work to create “colorblind” policies based on equal treatment. However, a colorblind approach to public policy can widen the disparities between groups because it neglects to account for the intergenerational impacts of state-sanctioned discrimination. For this reason, equity-centered policies that work to level the playing field, must be targeted to address the specific needs of communities of color. As a community, we must advocate for institutional policy reform that centers equity on the path to justice and elect legislators who are receptive to our demands.

This is where voting comes into play! We need to be participating in elections at all levels to ensure we elect officials who denounce structural racism and works to change oppressive institutions – this includes elections at the local level because they have the biggest influence in reforming police departments.

And as we approach the election in November amid the current pandemic, it is incredibly important to champion others to check their voter registration, vote early and participate in mail-in voting. During the primaries in places like Milwaukee County, Wisconsin and Jefferson County, Kentucky where there are large African American populations, polling locations were reduced substantially – we must fight against voter suppression!

What advice do you have for people having uncomfortable conversations with their friends, family members, and strangers about systemic racism?

Do it anyway! Non-Black people of color and white folks cannot continue to prioritize their own comfort over the lives of Black Americans.

Acknowledging and rejecting white privilege often goes directly against believing in the American Dream – the “pull yourself up from your bootstraps” mentality. It can feel uncomfortable acknowledging the centuries of advantage awarded to white people and the extreme disadvantage put on people of color because people see it as taking away from their own merit or accomplishments; or conversely, diminishing their own life struggles. It may be helpful to point out that benefitting from white privilege doesn’t mean someone hasn’t struggled, it means that the color of their skin isn’t one of the things making life harder. I argue that ensuring the safety, dignity and freedom of our fellow humans far outweighs the importance of sustaining someone else’s pride.

These conversations take courage and vulnerability. If someone in your life displays prejudice, engaging them in a conversation could have a huge impact on their willingness to listen and critically think about a different perspective, especially if they already know and love you. Even if you don’t have a personal relationship with the person, calling out racism when you see it sets the standard that white supremacy won’t be tolerated.

Come to the conversation prepared and start by giving yourself some grace and acknowledging your own continued evolution into anti-racism. When white people are raised in a system rooted in white supremacy, the work to reject privilege and practice anti-racist allyship is never finished. We must acknowledge we are imperfect accomplices and work every day to check our own bias, stereotypes and ways in which we enable those systems to persist.

If I don’t feel comfortable joining in protests due to COVID-19, what kind of action can I take to help the cause?

As someone who is immunocompromised, I’ve struggled with this one myself, but there are lots of ways to engage in anti-racism and the bottom line is: be willing to put something on the line.

Maybe you don’t feel comfortable joining a direct protest, but can you provide PPE, water, or rides home to protestors? Can you mobilize your network and connections to advance change? I’m sure there are a lot of influential people reading this piece today, so ask yourselves, who do I know that I can call and say, “Racial justice and institutional police and criminal justice reform is important to me and crucial for the wellbeing of our community. I heard about some action steps from YWCA Columbus, will you join me?”

You have a role to play, just don’t be part of the unintentional problem – be intentional about change and the actions you take. And check out YWCA Columbus’s website for more action steps you can take to get involved in the movement for racial justice!

What is the YWCA doing to fight systemic racism?

Throughout our history, YWCA Columbus has fought to eliminate racism, empower women, and promote peace, justice, freedom, and dignity for all. We provide direct services that combat homelessness and a lack of affordable childcare, educate community members on social justice issues and tactics for creating change, and advocate for policy reform to help us fulfill our mission now and over the long-term.

With the help of our Board of Trustees, YWCA Columbus works to advance an advocacy agenda that includes advocating for policies that promote housing stability and security, removing the barriers that racism and inequity create, increasing economic mobility for women and people of color, and investments in young women and children.

Recently, our president and CEO, Christie Angel helped form a Coalition of African American leaders in Columbus, Ohio. They developed an initial agenda to reform practices that reinforce systemic racism in Central Ohio. You can view their recommendations here. One agenda item you may be hearing more about right now is advocating to declare racism a public health crisis in Ohio. YWCA Columbus has been a partner in helping to declare racism a public health crisis in Franklin County, as a city, and now we’re helping to rally allies in getting it declared on a state level.

When your city or state declares racism as a public health crisis, they are recommitting their attention and resources to improving the quality of life and health outcomes of communities of color. This means they are committed to honestly and directly addressing race-based health inequities, including a systemic, data-driven focus on poverty, economic mobility, and other factors that impact the social determinants of health.