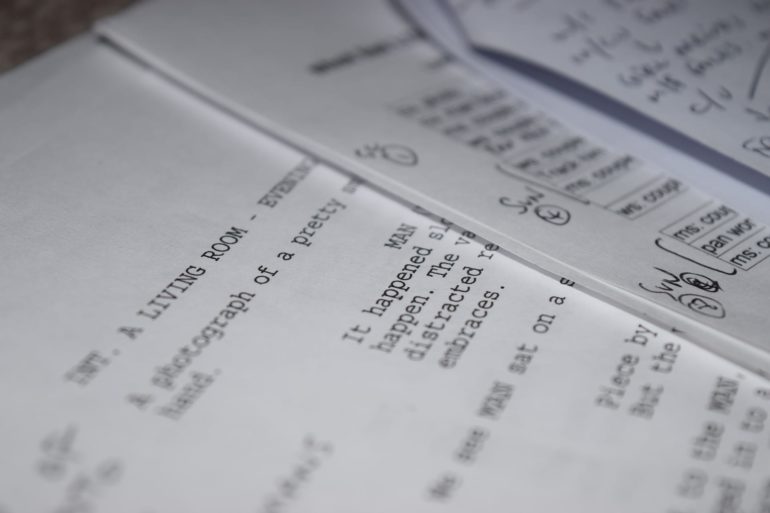 Calling All Creative Teens: CCAD And Film Columbus Want You To Write A Script

A very cool opportunity is coming your way. If you are interested in film and you’d like to get a little experience with screenwriting, you should be getting excited.

Columbus College of Art & Design and the Greater Columbus Film Commission are teaming up to put on a free screenwriting contest for the youths.

That’s right. For completely no cost to you or your parents, CCAD’s Continuing & Professional Studies Department is hosting the 2019 Teen Screenwriting Competition, a free, two-part screenwriting workshop for students ages 13-18 on Feb. 9 and 23 at CCAD.

During the first workshop, the young writers will learn the basics, “from plot to protagonists” followed by the task of writing a script. At the second workshop, students will receive feedback on their work and hear from both their peers and instructor.

After that, the big moment arrives. Industry professionals will be judging the scrips and select 3 winners who will have the opportunity to attend a three-week filmmaking workshop at CCAD next summer to see their scripts turned into short, 3-5 minute films!

“Film Columbus is dedicated to showing Columbus as a leader in film exhibition, production, and education,” says John Daugherty, Executive Director of the Greater Columbus Film Commission, which is also known as Film Columbus. “We couldn’t think of a better partner on the education front. Columbus College of Art & Design has a top-notch Film & Video program and a fantastic Continuing & Professional Studies department. And we’re thrilled to partner with CCAD to help educate more young Ohioans about filmmaking.”

The screenwriting contest got started nearly a decade ago but had been on hiatus. In 2018, it was brought back to life and the Drexel Theatre hosted a screening of the winning film last month. The biggest change this year is that there will be three winners instead of one.

“That way, more teens can have an opportunity to work as producers and showrunners and see their idea from concept to reality,” Daugherty said. “There are a lot of preconceived notions about the glamour of the film business, but it’s hard work. And understanding what the different jobs are within the industry is really important.”

Also new is the prize. CCAD’s new CCAD Film & Video Camp, the three-week filmmaking camp winners will be attending is going to explore all aspects of film, from pre-production and set design to filming and post-production work. Students who are interested in attending the camp that don’t win the contest can sign up for one, two, or three weeks for $200, $350, or $525. You can get more info here.

It’s time to get creative Gen Z. Own that creativity!