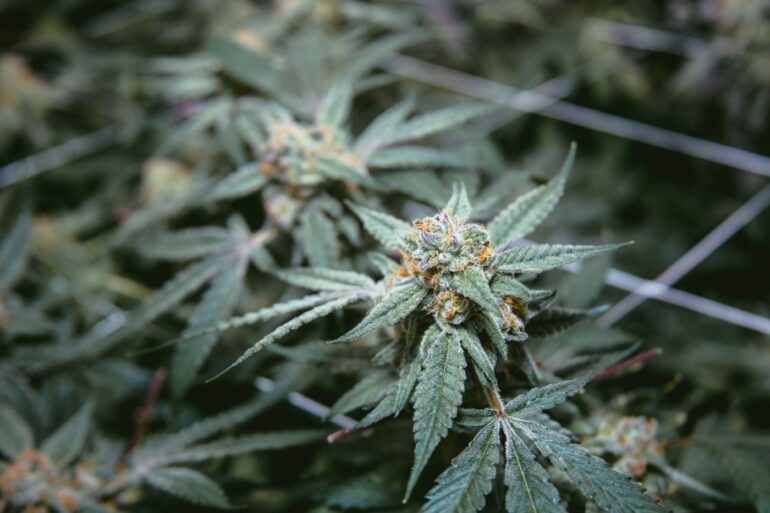 Photo by Jeff W on Unsplash

A Senate measure that would expand significantly the state’s medical marijuana system for businesses and patients got its second committee hearing Tuesday. The proposal is beginning to move as a different and more expansive recreational measure gathers signatures for next year’s ballot.

It’s been five years since state lawmakers approved Ohio’s current medical marijuana framework, and Sen. Steve Huffman, R-Tipp City, contends the program is under-performing. Only 57 dispensaries are up and running — about one for every 6,000 patients. Although nearly a quarter million patients are registered, only about 130,000 are active and prices for medication remain high. His proposal to update the program is SB 261.

“This legislation aims to guide the program in a way that is business friendly and creates greater access for patients at a lower cost,” Huffman told the committee at the initial hearing.

Huffman’s most significant change is consolidating oversight responsibilities with the Department of Commerce rather than splitting them between Commerce and Pharmacy. He also thinks encouraging them to award licenses until they hit a benchmark of 1,000 patients per dispensary will increase access, and eventually, reduce costs.

In addition to streamlining the regulatory framework, Huffman wants to clear out restrictions like gaining approval ahead of time for advertising and open the door to conveniences like curbside or drive through pick up.

The measure also grants additional square footage to licensed cultivators, but this is where the proposal faces pushback — ironically, from the cultivators themselves.

Ohio regulators awarded licenses at two levels, and license holders in both camps believe the other would gain an unfair advantage. Level 1 cultivators are larger and pay more in licensing fees. Level 2 was meant to give smaller operators a way into the market, and while fees are lower, the maximum square footage is far smaller as well.

The handful of Level 2 licensees who spoke before the committee argued the larger growers have a stranglehold on the market. They say even the proposed ceiling — more than double what they’re currently allowed — leaves them at a significant disadvantage with larger cultivators.

Tom Hobson, who serves as CEO for Wellspring Fields, says they’re consistently unable to meet demand, and the only barrier standing in their way is their square footage limitations. He argued lawmakers should eliminate the different caps in square footage, and place the same ceiling on both groups.

“The notion that somehow Level 1s, and I’ve heard this argument, have taken more risks than Level 2s? It’s frankly, it’s ridiculous,” Hobson said. “Most of them brought in large investors from outside of Ohio with deep pockets. They shared the risk. I didn’t do that. I paid for it myself.”

In testimony at the proposal’s first hearing Buckeye Relief CEO Andrew Rayburn argued on behalf of a marijuana industry group that granting additional square footage to the smaller growers is inappropriate, and that it would be better to leave square footage limits out of the legislative language entirely so regulators can “react more nimbly and efficiently to further expansions in the marketplace.”

Still, although the growers in both categories level arguments about how the other stands to gain or maintain an unfair market position, they do appear to agree that there’s more good than bad for them in the present bill. Despite complaints about Level 2 growers expanding, Rayburn described himself and 20 other large growers as supporters. And when pressed by Senate Small Business and Economic Opportunity Committee Chair Michael Rulli, R-Salem, the Level 2 growers who spoke agreed the proposal as it stands would be better than doing nothing.