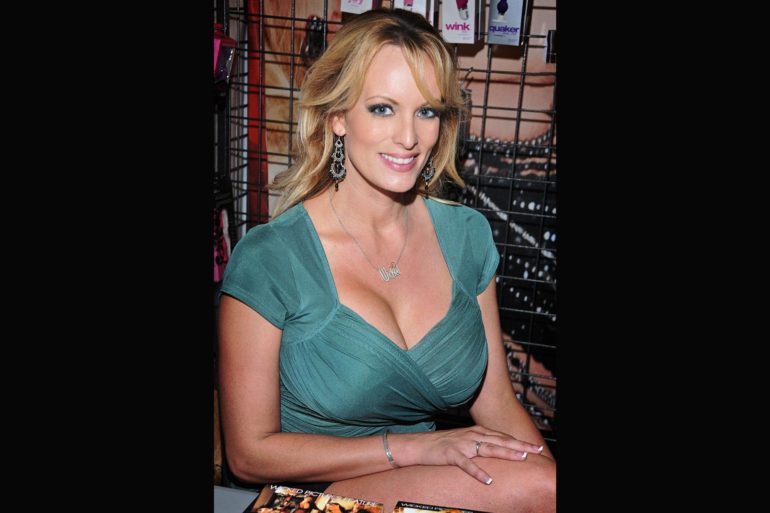 All charges against Stormy Daniels have been dropped.

Daniels, legal name Stephanie Clifford, was charged with three violations of Illegal Sexual Oriented Activity in a Sexually Oriented Business, violations of RC 3907.40 (2). The law states that “No person who regularly appears nude or seminude on the premises of a sexually oriented business, while on the premises of that sexually oriented business while seminude, shall knowingly touch a patron”.

Lawyers for Daniels argued that the State could not prove that the performer, who was only scheduled for two performances at Sirens and who had never performed there before, could be considered a “regular” performer.

I am pleased to report that the charges against my client @stormydaniels have been dismissed in their entirety (below motion was just granted). I want to thank Joe Gibson & his colleagues at the prosecutors ofc for their professionalism starting with our first call early this am. pic.twitter.com/xHPSWsyqM2

According to her lawyer, Stormy Daniels was arrested late Wednesday evening at Sirens Columbus.

According to Michael Avenatti, Daniels, legal name Stephanie Clifford, was arrested for allowing a guest to “touch her… in a non-sexual manner” while she performed.

Just rcvd word that my client @StormyDaniels was arrested in Columbus Ohio whole performing the same act she has performed across the nation at nearly a hundred strip clubs. This was a setup & politically motivated. It reeks of desperation. We will fight all bogus charges. #Basta

She was arrested for allegedly allowing a customer to touch her while on stage in a non sexual manner! Are you kidding me? They are devoting law enforcement resources to sting operations for this? There has to be higher priorities!!! #SetUp #Basta

According to other patrons, Ms. Daniels had completed her first set and was signing autographs and posing for photos with VIPs. One patron, Chuck Pennington, waited in line for a meet and greet just before the arrest.

“There was a line of VIP people that I was in. I’m not sure if she was able to get through the whole line. There was a cop walking around inside the whole time even beforehand,” said Pennington. “I waited and waited to see if she might come out and dance because I missed her first set. They weren’t letting any of the patrons know.”

“There was an elderly man and woman in front of me in the VIP line. Boy was that a surprise,” said Pennington. “They definitely did not look like the type that it ever been to one of those types of clubs before.”

Avenatti went on to say that he was expecting his client to be released on bail, after being charged with a misdemeanor for “touching”.

We expect her to be released on bail shortly. We also expect that she will be charged with a misdemeanor for allowing “touching.” We will vehemently contest all charges. #Basta

Pennington believes that the situation was unique and that the police officer walking around the club was strange.

“It seemed he was waiting for the meet and greet. She put her arm across my back but I didn’t touch her. She had a lot of staff with her,” said Pennington. “Beforehand they had an area for people to register to vote. After the arrest, that was all taken down.”

“If they are arresting people for touching, what about the other dancers letting guys paw them? I saw all of that after the arrest – and the old crusty cop left. Seems like a setup,” he added.

According to Pennington, there were multiple signs around the club warning people about the type of behavior that would be tolerated throughout the evening.

We reached out to both Sirens Columbus and the Columbus Division of Police regarding the arrest. Sirens offered “no comment” and at the time of publication, CPD had yet to respond.