This last weekend’s Yes We Can panel sheds a stark light on the city’s divisions, pointing many fingers at its policy makers.

I love Columbus. I always will for whatever that’s worth. But the city I was raised in, the city I had grown to love as I nuzzled against my grandmother in uncomfortable COTA bus seats and shied fearfully from red and blue lit squad cars, is a very a different city than others who may also call it home.

Columbus Ranked No. 7 In Best Cities For Jobs

By The End Of The Year, Kroger Will Help You Kiss Traditional Check-Out Lines Goodbye

It took me years of realization and decades of self-hate to cobble that together. Sure, we shared the same structures. There were the same avenues, the same bus routes, the same Main Library with its grandiose halls of learning and marble white exterior. But there’s always been two sides of Columbus, two cities separating our ideals and understanding, no matter how liberal and progressive it’s always seemed.

Even once I understood the diversity of my city, its duality really, I never quite had the words to put them into focus.

There was never that series of platitudes and expressions that really channeled that knowing or that rage quite so fluently. Not until this past weekend’s Yes We Can panel.

The city was already pretty buzzed with excitement about the event. It’s not every day you get the chance to hear from such speakers as Nina Turner or Shaun King, but also local voices like Jasmine Ayres, Erin Upchurch, and Adrienne Hood. The turnout was about as large as expected. There were a few open seats in the back but for the most part, the venue was pleasantly filled out. The faces were varied as well. A multitude of different hues and shades were represented, but what I found most satisfying were the amount of youth in attendance. 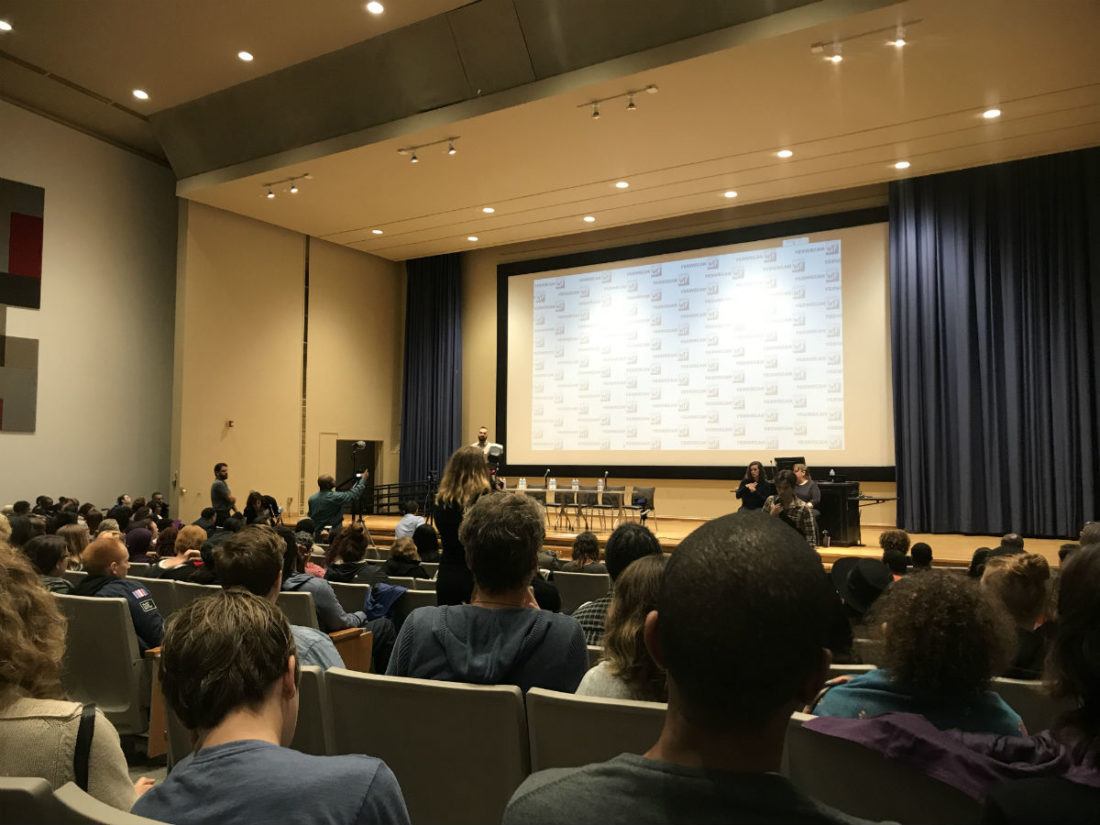 The title of the panel was “A Tale of Two Cities: The Columbus Revolution”.

On its most fundamental level, the panel was meant to discuss minority targeted police violence in Columbus. It pointed out the city’s disappointing and startling statistic of murders against Black bodies perpetrated by local law enforcement, a percentage rate that ranks higher than cities like Baltimore, Chicago, and even New York and L.A.

But in all actuality, the panel went far deeper than that. What they were really discussing, what they were addressing head on, was what many had always known about Columbus but never openly admitted: That our city, our beacon of openness and progression in the middle of the Buckeye State, was a very different city for its White residents than its Black and Brown ones.

“We can no longer, in this city, do business as usual,” Said Adrienne Hood, mother of Henry Green, one of many Black males shot down by Columbus Police in recent memory. What she was addressing was the idea of a town supposedly operated by established Democrats, wearing the mask of liberal proponents and policy makers, allowing national headline after national headline of Black men and children murdered by police. “There’s bodies laying in the street out here!” She exclaimed.

Adrienne Hood was all smoldering passion.

Her words were ladened heavy with conviction, her anguish was visible but filled with love, not vitriol. “To my last breath, I am my son’s Ester,” she said to a fervent crowd, applauding as tears welled freely in her eyes, “And if I perish doing this, that’s alright with me.”

Shaun King spoke after her, reinforcing her indictment of Columbus’ supposed progressive identity. He expressed surprise and dismay, pointing out the city’s long standing reputation as a Democratic town, one espousing diversity and cohesiveness. It shocked him to hear the statistics of minority targeted violence by city police and expressed his own frustrations with career politicians.

King seemed almost disappointed, not just with Columbus, but with humanity in general.

He began to explain in parable, the findings of Leopold von Ranke, a German historian and founder of modern sourced based history. King related that what Ranke discovered in his studies of history and in recording the timeline of man, was that as time went on technologies inevitably progressed. But what many wrongly assumed was that humanity became better along with it, which disappointingly, simply isn’t the case. “If humanity was getting better and better,” King explained, “then Donald Trump would be peak humanity. And I don’t have to explain to you why that just isn’t true.”

Former Ohio State Senator Nina Turner was a lightening bolt of charisma, leaving the stage to charge up and down each aisle, speaking from within the crowd, not just at it. It was magic watching her work, whipping the audience into a frenzy, stoking their passions but also directing their fire. She encouraged everyone to vote, to oust any and all public servants who had become complacent from their office. As a former senator herself, she felt strongly that no politician should ever feel too comfortable in their position, that they should constantly question their own effectiveness in serving the public. Only then can a city or government body be run effectively and truly represent its people.

Jasmine Ayres, a young political candidate running for city council under the banner of Yes We Can, spoke last.

She explained her platform in a concise manner while reproaching the city’s current representatives, pointing out failed policies that seemingly only do more to harm the relationship between communities and law enforcement. She castigated the Summer Police Initiative, saying, “If every year crime increases then what you’re doing is not working. What you’re doing is killing Black people.”

The entire panel was illuminating in many ways but what it did most effectively was to stir well-earned disaffection in city management.

Columbus has a decision to make. We can settle, be happy for where we are as a city, problems and all. Or we can realize our potential. We can become a model midwestern city, standing out against the accepted norm, against the concept of “business as usual”. I firmly believe Columbus can be one of the best, most progressive cities in the U.S. I openly admit that without embarrassment. But before we do that, before we even attempt to charge that trench, we have to look our ugliness in its face. To acknowledge our shame and dare ourselves to be better. To do anything different would be to continue as frauds, steeped in our own self-loathing and cowardice.