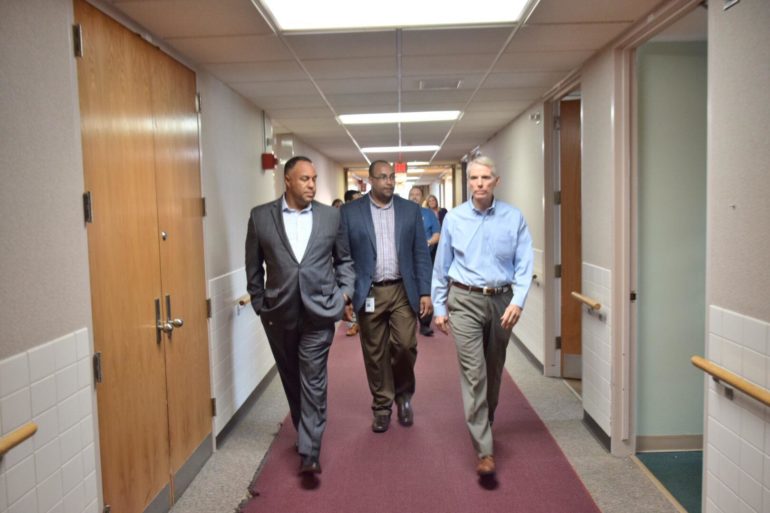 A new opiate recovery center is being developed on the city’s south side.

Central Ohio is continuing the fight to bring our state back from the brink of overdose and drug addiction. In South Columbus, a new addiction center is being built, charged with the purpose of rehabilitating recent overdose victims and alleviating the overflow in hospitals caused by opiates.

Senator Rob Portman recently visited Maryhaven Addiction Stabilization Center, reiterating how important it was to meet the statewide drug crisis head on and with realistic strategies. Overdose by opiates has now become the leading cause of death in Ohio, beating out traffic fatalities. Emergency medical specialists respond by treating with Narcan but, unfortunately, it’s not enough to deter those addicted for further use.

.@Maryhaven is a great example of a community working together to get ppl the help they need. Funding from Congress is making a difference pic.twitter.com/zd7Tud19s5

With the addition of the 55-bed Maryhaven facility, those recovering from overdose are given the option to enroll immediately into its stabilization services. For many people at their weakest moment, this can be that glimmer of hope on the horizon, a peek at life after addiction.

Some Merion Village residents are concerned about the addition of the treatment center to their neighborhood.

They’re worried it may draw addicts to the area, causing an increase in crime and endangering the safety of the residents. Their concern, of course, seems completely reasonable, but it overlooks a very unfortunate reality: that drug addiction and its victims have already proliferated every neighborhood and aspect of Ohio life as we know it.