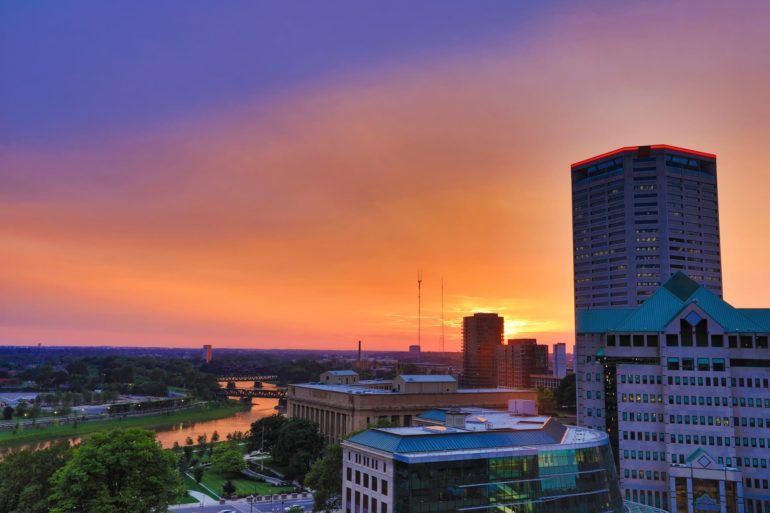 Columbus Underground did some digging and discovered that Buckingham and the Georgetown/Daimler/Kaufman team are the final two developers in the running for the Scioto Peninsula project.

Back in April, there were four contenders in the ring, but according to the public records and intell CU received, both the CASTO, Kelley Companies, The Robert Weiler Company, and Carter team, and the Crawford Hoying and SunCal partnership are out of the race.

So what can we expect to see from the two development teams remaining?

This trio of developers is proposing design composed of three anchoring features. These include a place for Smart City technologies to be demonstrated, a learning campus with family centered destinations, and an office component being called the “Technology Campus.” Fitting into these three categories, the plan will give the Scioto Peninsula:

But, what we really want to know is what it will look like. Here are some examples of Georgetown Company, the Daimler Group, and Kaufman Development’s work:

Not a whole lot is known about what Buckingham Companies plans to do with the Scioto Peninsula Redevelopment Project. However, we do know that the builder wants to make sure that this community is accessible to all and create opportunities for those of all ages and economic backgrounds.

Maybe it’ll look like another one of Buckingham’s projects:

The final decision on who will redevelop the Scioto Peninsula will be made in September of this year. Construction will begin on the project in spring 2018 and take nearly a decade to complete.