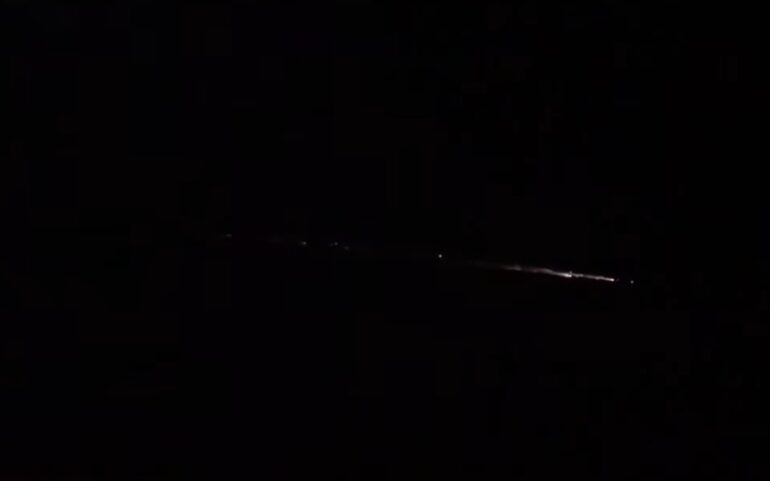 Just before 1 a.m. on Wednesday, October 20, people across Ohio reported seeing a slow-moving fireball in the sky.

Speculation about the strange object began almost immediately, with the New York-based American Meteor Society receiving 81 reports of an eruption of green, yellow, red and white lights over the sky from witnesses in Michigan, Illinois, Indiana, Kentucky, Ohio, and Ontario, Canada. The event was recorded at 12:43 a.m. by the AMS.

Even NASA decided to weigh in on the situation, explaining that the object wasn’t a meteor (or aliens) but rather the reentry of a satellite.

“There are many accounts from the midwestern states of a bright long-lasting fireball seen around 12:43 a.m. EDT last evening … This event was not caused by a natural object; it was produced by the reentry and fragmentation of a satellite over that area of the country,” the agency said in a Facebook post on its NASA Meteor Watch page.

Couldn’t sleep so went for a stroll. Just spotted this magnificent meteor taking its time across the sky. pic.twitter.com/98TPvidsb8

Astronomer Jonathan McDowell of the Smithsonian Astrophysical Observatory noted on Wednesday that the object may have been the remains of Russian satellite Kosmos-2551.

“The fireball network confirms that the event seen in Michigan was at 0443 UTC (1243EDT) which is the exact predicted time Kosmos-2551 passed over the region, and within the reentry time uncertainty window given by Space Force,” McDowell said in a tweet. “So I conclude that the ID with Kosmos-2551 is solid.”

Kosmos-2551 launched on September 9 and is a Russian reconnaissance satellite. Shortly after launch, the satellite apparently failed and its orbit had not been adjusted since.