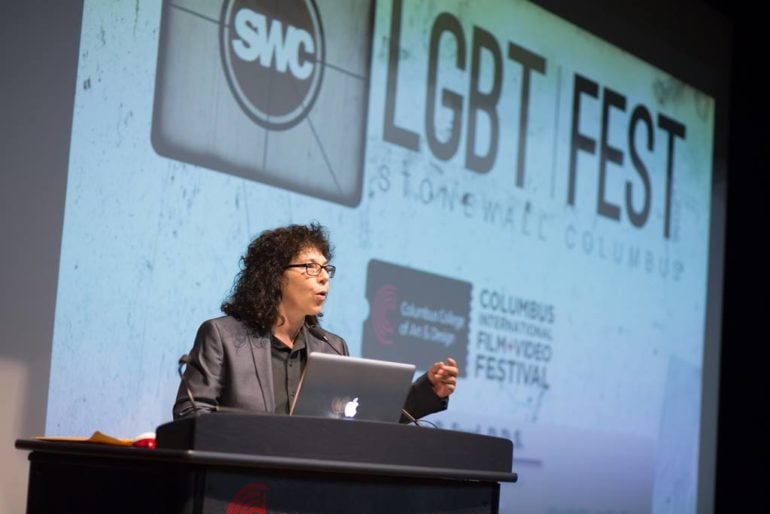 The community coordinator resigns over the lack of action by Stonewall Columbus after the events of this year’s Pride protest.

In a surprising turn of events, Lori Gum, the Pride Festival Coordinator, has officially resigned from her position as Program Coordinator of Stonewall Columbus. The move is the latest in a series of events spiraling from this year’s Pride parade.

Early on during the celebration, four protesters were subdued and arrested by Columbus Police for attempting to obstruct the parade. Their goal was a seven minute moment of silence for the death of Philando Castile as well as for the acts of violence perpetrated this year against queer and trans people of color. What ensued instead resulted in the torn ACL of a Columbus Officer and the alleged attempted disarming of another.

More protests happened after the parade, demanding the release of the four demonstrators and that all charges be dropped. In Lori Gum’s open letter of resignation, she too calls for all charges to be dropped in the spirit of “reconciliation, healing, and hope”.

In her statement, she expresses her very reason for resigning is in the lack of action the SWC board has made in regards to making an “impactful and meaningful statement regarding the parade incident.” She goes on to state, “I can no longer be part of Stonewall Columbus’s indifference to the pain of our community.”

While she does concede that the task of differentiating the protesters as a non-violent threat by Columbus Police would be very difficult to impossible, she also supports the message that the demonstrators were trying to convey, “Regardless of how one feels about what the protestors did, they have sparked a brutal and necessary community conversation that needed to happen long ago, and this is the only way they could have done that.”

Thank you Lori Gum for all your hard work at pride these past few years. I admire you for standing up for what you believe in! 🏳️‍🌈 pic.twitter.com/iycvNQB3fZ

As of now, all of the protesters have been released from custody but there is no word yet on whether the city plans on dropping any of the charges.