Peace Love and Little Donuts opened a groovy new location in Upper Arlington and I just had to check it out.

Peace Love and Little Donuts is definitely one of my favorite donut places around town so I’m super excited they’ve opened up a second location.

These tiny donut creations started as an accident and is quickly growing into the cutest donut phenomenon. This is their 39th location since the small business’ creation in 2009!

Peace Love and Little Donuts offers three different types of donuts. They have the Funkadelic, the Far Out and the Groovy. The Groovy donuts are their plain donuts, the Far Out donuts have just frosting, and the Funkadelic have frosting and toppings.

This new spot offers their nutty flavors, which go perfectly with coffee being served up from Roosevelt Coffee Roasters. 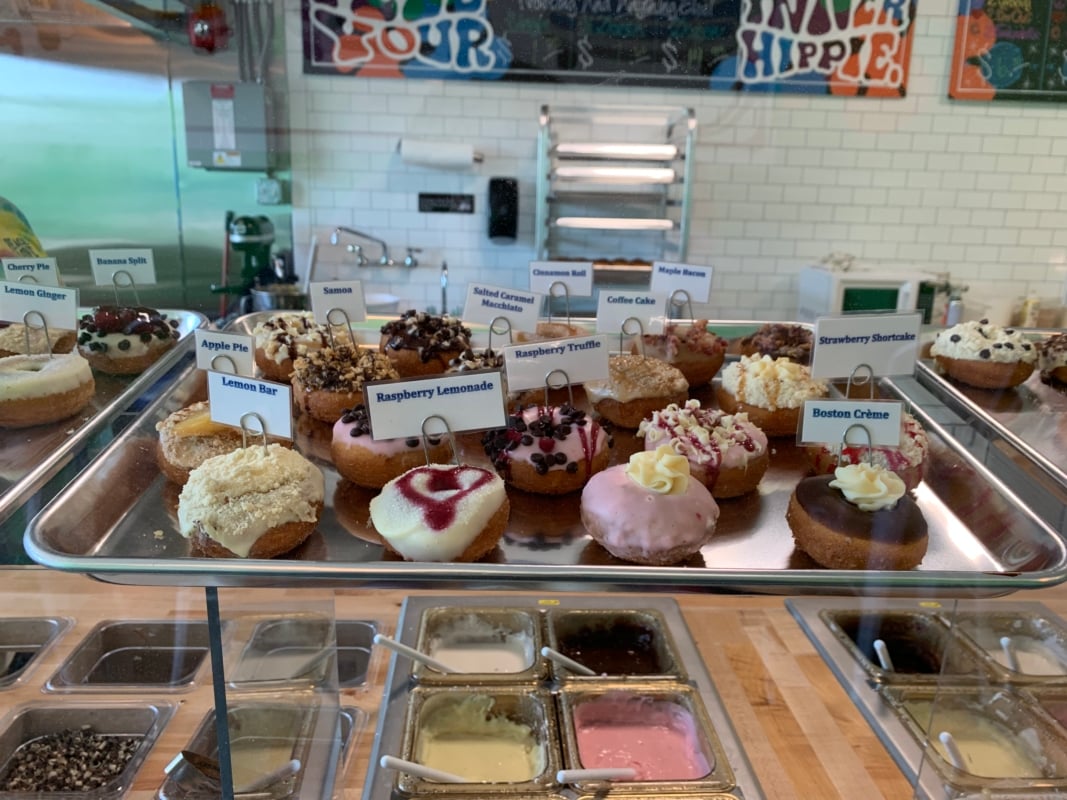 Some of their most popular donuts are the Maple Bacon, Salted Caramel Macchiato, Samoa, and Raspberry Lemonade Funkadelic flavors.

All donuts are made in-house and decorated as you order them. You can pay per donut or they offer two different combos. The Disco Half Dozen has two Groovy donuts, two Far Out, and two Funkadelic. The Disco Dozen has four of each.

When you first walk in they even give you a free cinnamon sugar donut just to try.

Just one donut was definitely not enough though so, of course, I got a half dozen for the road. Try the Cinnamon Roll donut when you go, you’ll thank me later. 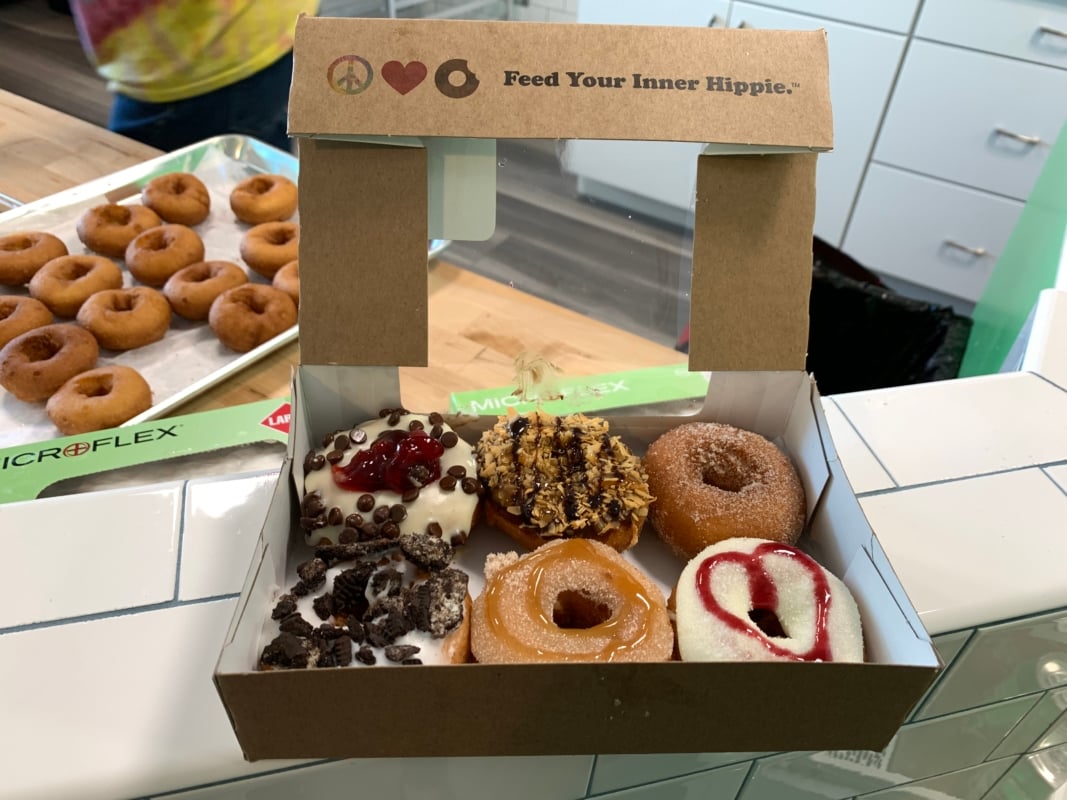 You can get your hands on these incredible donuts at 2110 W Henderson Rd.