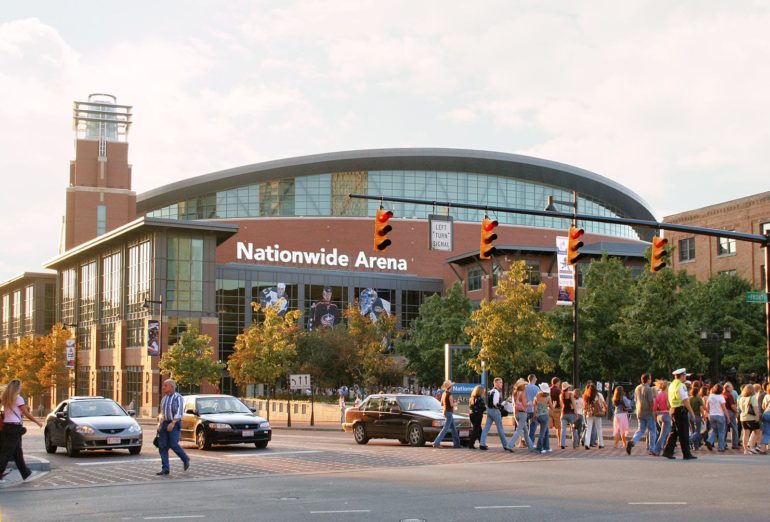 The City of Columbus is about to take your hard-earned tax dollars to again bail out Nationwide Arena with a proposed 7% tax on every concert, festival, sporting event, and movie or membership ticket sold within the City of Columbus.

Twenty years ago the titans in this City got sideways with each other and egos led to Columbus having two 20,000 seat arenas it cannot afford.

Now the titans are on the same page because they have a fiscal crisis they created and therefore have recruited the Greater Columbus Arts Council to serve as a front for taxation without representation because who would believe public funding of the arts to be a bad thing?

Five times the voters have rejected public funding for Nationwide Arena and now City Council is being prompted to do an end around and pass this tax without taking the issue to the voters. Of course GCAC and Nationwide cannot take this tax to the voters, as it would fail miserably. However, what is even more troubling is the disingenuous, if not miss-leading representations made by GCAC. They state that somehow Nationwide is giving back to the arts more money than it collects from you. For every dollar Nationwide Arena collects from you, it will only keep .75 of that dollar. How generous of them to only keep 75% of your tax dollars collected and not 100%.

I own the church located at 583 E. Broad Street named the Bluestone. Nationwide Arena claims it needs money for roof repairs and luxury suite upgrades. The Bluestone is in a 123-year-old building. I can tell that this building needs a new roof and an upgrade to our VIP area. Do you believe it would be fair for us to go to the voters and ask for the public to pay for these upgrades with a citywide ticket tax? Of course not.

Let me advise you of additional facts that have been the best-kept secrets in the city of Columbus.

Further, this is without consideration of a facilities tax. Why should a family attending a movie at Studio 35, which also needs capital upgrades, pay for Nationwide Arena improvements?

However beyond this silliness is the fact that GCAC fails to admit that it already receives over 7 million annually from one of the highest bed taxes in the nation. How much public funding is enough?

Yes, Columbus is not an old City with the traditional deep pocket private funders but what Columbus does have, is many new corporations sitting on the sidelines that do not participate as they should. There is no crisis in the arts community and GCAC cannot cite any statistics or real-life examples of local art in crises. Of course, we all want cultural vibrancy for the health of our City but we need to improve this funding privately, not taking it from competing venues of Nationwide, to support Nationwide Arena, which will negatively affect sales for all venues in the city. With enough public outcry, we can keep this vote from happening in Columbus City Council and avoid the inevitable voter referendum. Please contact Columbus City Council and tell them you will not bail out Nationwide Arena. Tell them you support the arts and ask that GCAC seek private funding from the many corporations and wealthy families that have not previously participated. This tax is unfair, unjust, and unnecessary. Use your voice and help us stop it before the legislation is presented for a vote.