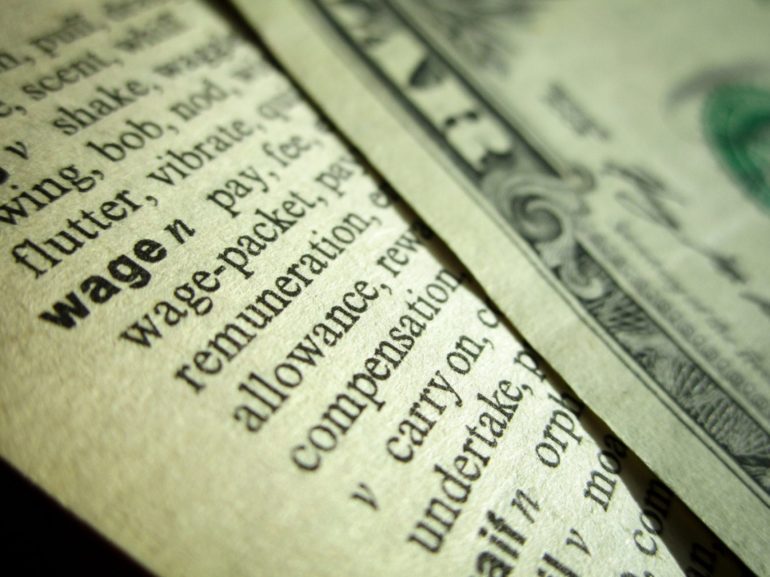 It’s time Columbus beat the curve and join the fight for a $15 minimum wage.

There are many articles and op-eds arguing that a $15 minimum wage would be harmful to the poor and the working class. Most of them are written by semi-wealthy shirt and tie types that inexplicably insist on ignoring studies and data that clearly state differently.

They witness poverty from behind the ease and safety of car windows and immediately understand its very nature, convincing themselves they know whats best for a group of people they’ve never even come into contact with. They obsess over this boot-strap rhetoric. Some even going so far as to threaten the labor force with the use of automatons as a replacement if they ever dared to demand a livable income. Seriously. Robots.

Unfortunately for these economic naysayers, the push for a $15 minimum wage is one that’s only gaining momentum and popularity. And now that the numbers are rolling in from Seattle, who put their gradual increase to $15 hourly into effect in 2015, the argument against a bottom line livable income is becoming shakier and shakier.

Washington’s unemployment rate has dropped to 4.6%, the lowest it’s been in a decade, with Seattle’s at a jaw dropping 2.6%. More and more cities are beginning to vote in favor for the wage increase, including just recently Kansas City. With all this hype peaking for a minimum wage increase and Seattle’s continuing success, it’s time for places like Columbus to follow suit.

We often like to think of Columbus as this beacon of success in the Midwest.

During the recession of the early 2000s, Columbus became an oasis of affluence, fending off many of the hardships that affected its neighboring kin of Cleveland and Cincinnati. But as much as Columbus continues to grow and thrive, its dirty secret, its point of shame secretly cowering in the shade of its multi-use development projects, is its harsh economic disparity.

Drive down any street on the city’s east side long enough and you’ll see it. Rich, opulent, neighborhoods right next to impoverished communities. It’s a stark contrast that city residents have learned to shrug off and ignore and so it largely goes unaddressed. As much as we pride ourselves as a town of progress we leave behind our most economically vulnerable, a practice that must end if we truly want to be the city of tomorrow we aspire to be. One very confident stride in the right direction would be a $15 dollar raise to the minimum wage.

Not only will it help close the gaping income discrepancy, but it also further propels Columbus’ already thriving economy. By injecting money into the middle and working class, more will go into the purchasing of goods and services in the city. It’s a much better alternative than handing out benefits and tax breaks to the wealthy which typically pours funding directly into savings and holdings rather than investing it into the economy.

The reality is that supply-side economics simply doesn’t work and has failed, time and time again.

But rather than trying something new, say increasing income for the lowest paid worker to $15 an hour, policy makers insist on passing more of the same trickle down finance laws. The very definition of insanity. Not only can Columbus accomplish a substantial minimum wage increase, it would benefit from it.

The opposition to wage expansion seems to mainly originate from organizations representing corporate interests and basically amounts to the bellyaching of an obstinate child used to getting its way. It isn’t so much an issue of practicality, although they’ll certainly argue it as such, but one of classism. However you slice it, a drastic increase to minimum wage is really just making good on a promise made long ago. One where everyone employed and working would be guaranteed a livable and sustainable income. And in today’s economy, $8.15 an hour just isn’t cutting it Columbus.