Pressuring police into making gentrifying neighborhoods safe and appealing may be leading to increased violence against minorities.

On June 6 2016, a flurry of gunfire sparked off between Henry Green and two CPD officers in civilian attire. Twenty One bullets were fired between both officers, seven ripped through Green, ending his life. The incident would incite controversy over whether the officers fired first or if they had ever identified themselves as Columbus police at all. The killing was ruled unfortunate but justified within the guidelines of the CPD.

The Farmers’ Almanac Has Released Their Christmas Weekend Weather Prediction

A few months later, on September 14, police would also gun down 13 year old Tyre King. Officers would later claim that the child was armed, drawing a weapon as they confronted him. An independent forensic examiner would later determine that King was more then likely fleeing officers as bullets tore through his tiny adolescent frame. The weapon recovered at the scene would be discovered to be a toy pistol.

April 8, 2017, Officer Zachary Rosen, already involved in the suspicious killing of Henry Green, would be filmed stomping the head of an already detained and handcuffed suspect, lying prostrate against a curb. He would be cleared of any wrong doing, but ultimately relieved from his post by the City of Columbus.

And again, on July 7 later that year, Kareem Ali Danir Jones was fatally wounded by police after they claimed that he was displaying suspicious and erratic behavior. Footage shows Jones backing away from officers, turning to flee, and seemingly grabbing for a handgun stuffed into his waistband. Jones’ family would later file litigation against the city, claiming the shooting was unjustified and that Columbus Police disproportionately target Blacks as routine and regulated practice.


All of these cases received national coverage in one way or another, but they also have two other similarities: they all involve African-American males, and they all occurred in or around neighborhoods targeted for gentrification.

During the last decade or longer, Columbus has seen a major shift in urban real estate. More and more people are finding it a desirable practice to live in denser areas with a shorter commute to downtown. Though it was already a building trend, it was cemented as a movement after the housing market crisis and ensuing recession. Even as our economy slowly recovers from the financial wreckage and families begin to mend their monetary losses, people are still more fiscally cautious than ever before. The eventual recovery created the perfect market for revitalized property and urban colonization.

People are finding properties in urban neighborhoods at insanely low prices, properties that were always large and well built, but were often seen as undesirable because of their surroundings. Because of the people that called them home.

These were areas that were abandoned and left for dead by the city’s affluent and middle class.

Areas which, at one point were thriving African-American communities, were later targeted by highway construction that decimated and destroyed their properties. Suburbs were being built for those who wanted to flee crowded city streets and an ever increasing presence of minorities. Federally funded freeways and outer belts were perfect for navigating back and forth while simultaneously avoiding urban blight.

By intent or not, these fast moving roadways crippled African American neighborhoods like King-Lincoln and the near east side. They choked them off economically, preventing residents from escaping to the suburbs along with their White counterparts. It pinned them there in their own dying neighborhoods, to struggle for housing and paying jobs, gasping for air between ragged desperate breaths. A cycle that would continue into more literal terms with the rise of broken-window policing and aggressive urban cleansing, policies that were created as interest in urban areas resurfaced. Suburbia had once again turned a lustful eye back towards inner city life and its culturally rich barrios. 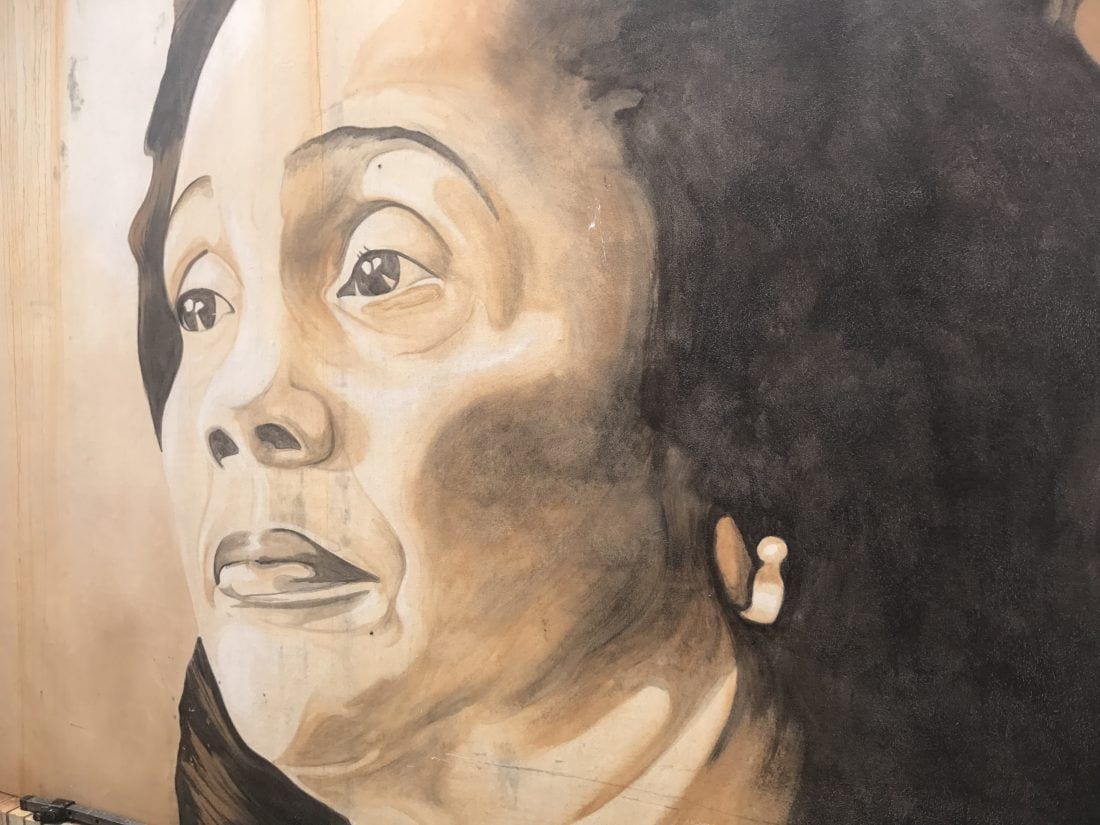 But before people could migrate into these hidden gems and real estate gold mines, they needed to be prepped first.

In an effort to make these neighborhoods acceptable for its new gentry, police were encouraged to control or eradicate anything that exists outside of the cultural norm of its new occupants. Behavior that could later be called “suspicious” or “erratic”. These people were not moving into these areas to be part of a community, they were there to terraform it. To destroy anything they saw as unsightly.

The Columbus Summer Community Initiative has effectively become the face of that very movement. In 2014, utilizing unknown intelligence, the city developed a list of areas to target for increased policing. They dubbed these areas “hot spots”, a catch-all term describing any neighborhood ripe for suspicious behavior. What these hot spots mainly entailed, however, were minority and low-income neighborhoods, usually next to or near areas of redevelopment.

That could, of course, mostly be coincidence. After all, it’s hard enough to throw a rock in this city and not hit an area under gentrification.

What doesn’t seem like a coincidence is the increasing number of Blacks killed by police. Columbus has, surprisingly, always had a higher rate of these deaths, overshadowing both Cleveland and Cincinnati. But now we’ve reached a police homicide rate of Black people equalling 91.9 per 1 million, one of the highest in the country and the second highest out of the 15 largest U.S. cities.

Of course, none of this should really be surprising. Broken window policing (which is essentially what the summer initiative is but with a more festive name) has been proven to sour relations between the police and Black communities. It fosters an “Us vs. Them” narrative that nurtures hate and anger on both sides. This often spills into acts of rage fuelled violence or, in most cases, a fear of conflict that leads to a shoot first, panic later scenario.

This has been made evident in innumerable incidents of minority targeted police violence in our national headlines.

Broken window policing began to fall out of favor for that very reason. People were disgusted with what they were seeing on their television sets, in their homes, and right outside their windows. It was leaving a bad taste in everyone’s mouth and the public began to rally and protest against these failed policies. But that message fell on death ears here in our own city. As of this year, not only will the city not demolish the already unpopular policy, but has instead decided to double down on the initiative, despite city wide protests.

It’s no wonder that the rate of police fatalities remains dangerously high. Officers blitzkrieg minority and gentrifying areas of the city with both full dress and plain clothes officers. In fact, the police homicide rate for Black people in the city of Columbus is now higher than the national murder rate.

With burgeoning plans for mixed-use development projects and 4 million dollar condos, Columbus is now more ambitious than ever in terms of expansion and making a lucrative penny in real estate profits. There’s money to be made in gentrification. Neighborhoods know that, the city knows that, and the police know that.

The Henry Green and Demarko Anderson incidents both happened near the Linden area. Tyre King, Olde Towne East. Kareem Jones, Franklinton. Where there is smoke, there is fire, that much can be certain. What we need to be honest with ourselves about is the nature and purpose of that fire: to clear any unwanted indigenous wildlife for the seeds of urban development that come next. It’s slash and burn, in practice and execution.