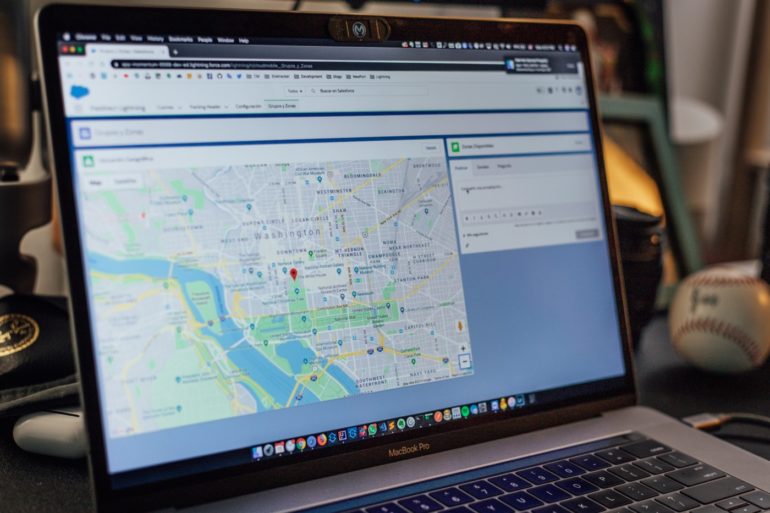 Columbus is an interesting city for many reasons, but for me, one of them is the growing number of open-source data projects.

For those who aren’t familiar, an open-source data project is generally a collaboration of volunteers who use free and publicly-accessible data to solve a problem, usually one that’s affecting a particular community.

One of the city’s newest open-source projects, Open Sidewalks Columbus, aims to inform and create solutions to mobility access across the city.

The cool part? You can help from the comfort of your couch.

“We have two goals. The first is to create a good set of healthy data and map a decent size of miles, which I’m challenging 500 miles,” Vijay Yadav, co-founder of Open Columbus Club, the group that started Open Sidewalks Columbus, explained to me. “And then second, be able to make use of this data to actually support someone who’s in a wheelchair and look at their plan from Point A to Point B clearly.”

Anyone can get involved in the free online sidewalk-mapping project from the comfort of any place with a wifi connection (which for me means my living room couch).

Open Sidewalks Columbus is focusing on Downtown for the time being because it’s one of the areas more heavily traveled by pedestrians. So far, 72% of Downtown Columbus’ sidewalks have been mapped, with only 10 miles left to go. The page auto-updates, so you can see real-time progress on the results page.

After data collection, Vijay Yadav said the next step is to integrate the data into already-existing data visualization tools, like the Smart Columbus Operating System. From there, developers can then use the data to create apps that help those with mobility impairments get to their destinations safely, Vijay Yadav said.

One potential drawback to this way of collecting data, he explained, is that the photos are sometimes unclear or outdated.

“We’re using Google Maps pictures, which could be older than we would prefer,” Yadav said.

The tool was developed by researchers at the University of Washington, and projects exist in only three other cities — Newberg, Oregon, Washington D.C. and Seattle. There was no use in reinventing the wheel, Vijay Yadav told me, so his team of volunteers decided to tap into the existing online tool.

So, to give you all a little taste of the project, I went ahead and tried my hand at mapping Columbus’ inaccessible sidewalks. It’s pretty easy and a great way to help improve mobility access while binge-watching Broad City on Hulu (if I do say so myself).

Here’s how it works:

The next page ran me through a short tutorial (it probably took me about 3-5 minutes) that showed me how to identify, mark and rate the accessibility or inaccessibility of sidewalks.

Things I had to look out for were obstacles on the sidewalk, missing curb ramps and surface problems. Using the program just felt like I was using the Street View in Google Maps … because that’s exactly what it is.

My first mission after completing the tutorial was to map 500 feet of Downtown Columbus. I was virtually “dropped off” at the corner of Long Street and Cleveland Avenue, right by Columbus State.

I noticed a fire hydrant in the middle of the sidewalk blocking access to the curb ramp facing Cleveland Avenue, so I made sure to mark it with a note and continued mapping the city.

Interested in getting involved with this project? Open Columbus Club has a meetup group that hosts hackathon-like events where volunteers come together to support each other in mapping Columbus’ sidewalks. Vijay Yadav said they hope to host more of these events in the future.