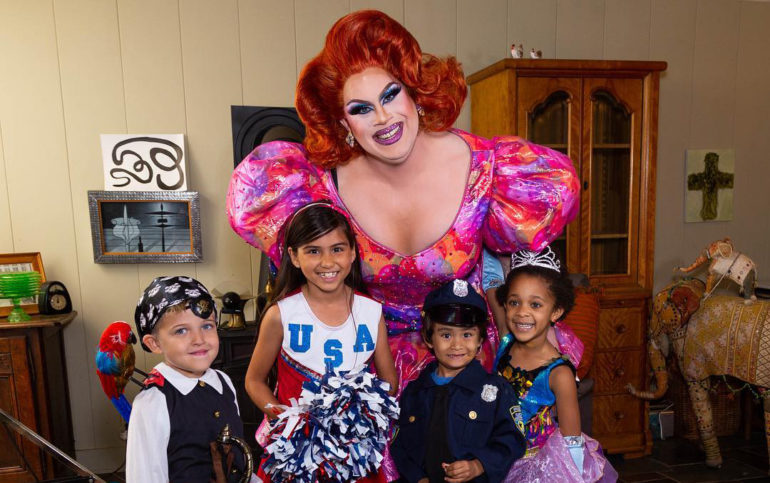 One Good Thing: Nina West Is Doing Her Own Story Time On Instagram

If my life was an episode of Tidying up with Marie Kondo, I know, without a doubt, what is sparking the most joy.

Drum roll, please… It’s Story Time with Nina West. Columbus’s sweetheart and RuPaul Drag Race Season 11’s Miss Congeniality has long talked about her passion for inspiring kiddos through the art of drag. Some people (full disclosure: I’m “some people”) have been clamoring for her to get her own kids show for a while now, and it turns out, Nina is so awesome that she doesn’t even need a network to give her a show. She made her own. (Netflix should totally still reach out to Nina West.)

It all started back on March 18th, when Nina hosted Story Time with Nina on Instagram Live.

Is it just me, or does it feel like Nina West definitely lives in the same, happy and carefree neighborhood as Mr. Rogers? Seriously. He iconically said “look for the helpers” and boy, oh boy, is Nina the definition of a helper.

The first episode included Nina reading RED: A Crayon Story by Michael Hall, followed by craft time! Nina lists the materials needed for the craft ahead of time on her Instagram so that parents can be ready to go once the live stream starts. Her second episode featured I Am Enough by Grace Byers and a super inspiration craft session.

In case you were wondering, kids around the world are LOVING Storytime with Nina. If your schedule isn’t open right when Nina starts her Instagram Live stream, don’t worry. She posts the episodes after the fact as well so you can watch anytime.

As usual Nina West is proving to be a beacon of light and love in a tumultuous world. Keep shining, Nina. We need you now more than ever!