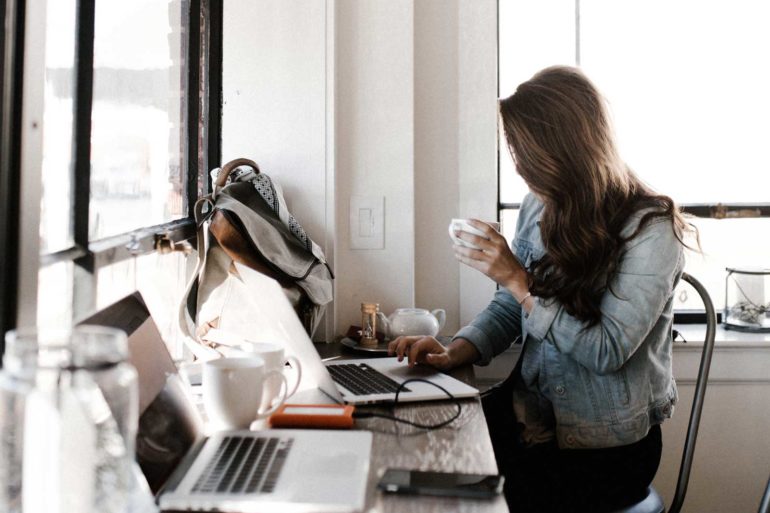 A government worker who fears for their health. An employee who is afraid to return to working in a crowded Amazon warehouse.

A store clerk who is very complimentary of his boss’s safety precautions, but nevertheless worries about the virus infecting his small shop.

These are among the voices left unheard by state officials who are responsible for Ohio’s reopening plans.

The state government’s approach to COVID-19 has begun shifting away from mandates and directives. Gov. Mike DeWine has announced reopening plans for a wide swath of businesses, allowing a bit more freedom for entrepreneurs and customers to handle the ongoing pandemic by following “best practices.” The state is requiring face coverings for all workers of reopened businesses, but there is no directive that customers have to wear them.

While entrepreneurs have been given ample opportunity to shape the reopening plans, workers have largely been shut out of the process.

The DeWine administration created a number of advisory groups to guide his “Responsible RestartOhio” plan. Together, they feature more than 100 business owners, investors and “government liaisons” dealing with industries such as restaurants, salons, casinos and tourism.

A separate Economic Recovery Task Force made up of state legislators has been similarly one-sided. Since early April, the task force has heard from more than 110 invited guests — to date, there has not been a single worker invited to testify.

DeWine was asked about this imbalance at a press conference earlier in May. He defended the advisory group selections by noting that some owners do work at their own businesses.

“My experience has been each one of them has a real interest in protecting their employees,” he said. “No employer should want to be in a situation where the employees are in a dangerous, dangerous situation.”

It is true that plenty of the entrepreneurs involved with the task force and advisory groups represent small businesses. Also represented, though, are large-scale businesses and corporations, from Cedar Fair Amusement Parks to the White Castle restaurant chain.

The Ohio Capital Journal sought to hear from workers directly to learn how they feel about the reopening. Some gave appreciation for their bosses, saying the safety precautions mandated at work make them feel more at ease.

Others described feeling very uncomfortable, owing to lax health standards at work or to personal fears about the virus regardless of the mitigation steps taken.

Many of the workers interviewed by the Capital Journal requested anonymity, so as to share their perspectives freely without fear of retribution at their workplaces. This outlet granted these requests upon privately verifying the workers’ identities.

Here are the voices of some Ohio workers as the state begins to reopen:

That is how one office administrator of a small-town government agency feels at the moment. The office has remained open throughout the pandemic, though with reduced staff and limited service.

The administrator wears a mask and wants colleagues to wear one, too. But an elected official overseeing all of them isn’t requiring it.

“I do not want to go to work anymore,” the administrator, who asked not to be identified, told the Capital Journal. “I still wear a face mask daily, but no other co-workers do. I do not feel protected in my office and I have no idea what to do.”

Nurse thinks office has been ‘great,’ but remains cautious

A nurse at a plastic surgeon’s office named Kristine gives high marks for the safety protocols that have been implemented.

With other services ramping back up, though, she is determined to make sure the office stays safe.

Kristine, who asked for her last name to be hidden, said her office’s leader “is being very careful about taking precautions.” Workers have their temperatures taken every four hours and stick to a “strict cleaning schedule” in the office.

Appointments are being staggered, she said, so that visitors do not pass anyone else in the hallway. The waiting room remains closed and paperwork is being handled digitally.

The office began conducting procedures when the governor lifted a restriction on elective surgeries. Kristine is “less enthusiastic” about the practice’s spa which will be reopening soon. Unlike customers at a salon who can wear masks while getting hair cut, those who visit the spa will not be wearing one for treatments that involve the face.

J. Lerer works at the Puff ‘N Stuff store in Kent, which sells smoking accessories and other items such as shirts and posters. The store was among the “non-essential” businesses which closed in March, but workers are gearing up to reopen later this month.

The business is taking things slow, offering curbside pickup only the first week. Lerer said the shop will fully reopen the following week “if everything continues to look good.”

All employees will be wearing masks, and all customers will be expected to wear some kind of face covering.

“No shirt, no shoes, no mask, no service,” Lerer said, though if a customer does not have one, they can still utilize curbside pickup.

The business is also installing plexiglass dividers over the display cases and will provide designated shopping hours for “at-risk” customers, as other stores have.

Lerer fears the heightened demand for cleaning products may make them hard to come by if the supplies run out.

“(H)ow are we supposed to manage the guidelines,” he wondered, “if we can’t find the supplies to do so?”

Chris, who asked for his last name to be withheld, is a travel agent who has been working from home since March. He and a handful of colleagues will return to the office in June, with several precautions in place.

There is plenty of space for social distancing, he said, and the company has ordered masks for all the workers to wear.

“I would say proper protocols are being followed and more,” he said.

Business has been slow during the stay-at-home orders, though Chris is expecting travel to pick back up again later this year.

An Amazon delivery worker in the Columbus area has been on leave since mid-March and is scared to return.

The worker, who asked for their name to be withheld, has been caring for a child at home. They work for an independent contractor based out of an Amazon warehouse. Several Amazon workers in Ohio have tested positive for the virus since March.

The worker said their employer has been “very understanding and supportive throughout the whole thing,” but nevertheless does not feel safe going back to work.

The warehouse has required face coverings for employees and is conducting extra cleaning, the worker said. The delivery portion of the job will be safe, they said, but loading at the warehouse alongside dozens of others “in fairly close proximity” still has them worried.

The period of leave ends later this summer.

“Not sure what the plan is yet,” the worker said about returning to work.

This story originally appeared on Ohio Capital Journal with the headline, “Ohioans share their confidence, concerns about returning to work.“