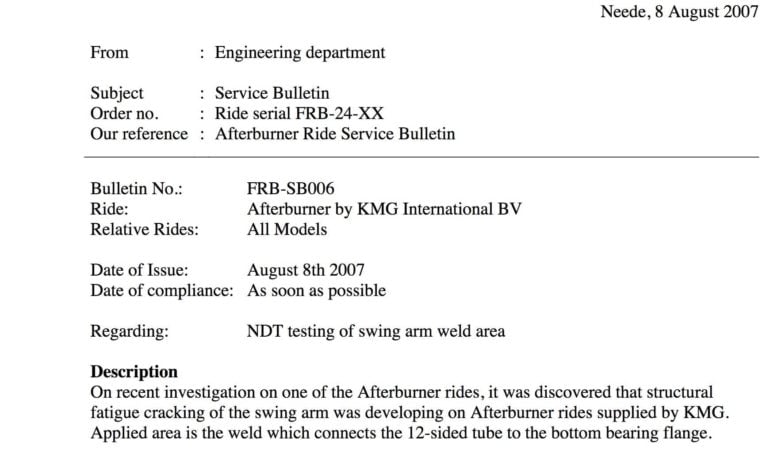 An accident at the Ohio State Fair has left an 18 year-old-man dead and seven injured.

Our hearts are heavy… pic.twitter.com/Lzc6fUz6WG

The ride, called “The Fire Ball”, is provided for the fair by Amusements of America. On its website, it describes the ride.

“The Fire Ball combines swinging and spinning action all in one ride! Since its debut in 2002, the Fire Ball has become one of the most popular thrill rides on the AOA Midway. The Fire Ball swings riders 40′ above the midway while spinning them at 13 revolutions per minute!”

A man who spoke with The Columbus Dispatch said that he heard a loud, metal cracking sound as the ride broke. Columbus Police Batallion Chief Steve Martin told NBC4 that “two people are in stable condition. One of those injured is a 13-year-old child,” and that part of the ride “snapped off”.

North American Midway, another company that provides rides for fairs, tweeted that they would be keeping their Fire Ball Rides closed. They are based out of Farmland, Indiana.

While NAME is not the Midway provider at the Ohio State Fair, due to the tragic incident we will keep all our Fire Ball rides closed for now

Several people both around Columbus and some who claimed to be nearby when the incident occured took to Twitter to voice their disbelief.

i rode the same exact ride today that collapsed at the ohio state fair.. that couldve been me. my heart aches for those hurt and injured. 💔

Andrews mom just witnessed the accident on one of the ride at the Ohio State Fair. 😞😔 I seriously couldn't imagine.

Terrible news from the Ohio State Fair tonight – thinking of all those affected and their loved ones. https://t.co/sAjioHkRvA

Jane and I send our prayers and deepest sympathies to all those who were impacted by the accident at the Ohio State Fair this evening.

For now, Gov. John Kasich has ordered that all rides remained closed until further inspection. Ride inspections are done by the Ohio Department of Agriculture. The ODA just boasted about ride inspections on Monday.

On Tuesday, Ron Dean, an amusement ride inspector who has been with the Ohio Department of Agriculture for 13 years, told the Columbus Dispatch that the rain had caused delays in regards to ride inspections.

“The rain slowed us down a little bit. Usually, a lot of this stuff would be up a lot faster, but everyone is trying to work safely despite the uncontrollable elements,” said Dean.

Michael Vartorella, the chief inspector of amusement ride safety with the ODA also spoke to the dispatch about inspection protocols.

“We’re looking at several different things,” said Vartorella. “We look at it when it’s static, or when it’s actually on the truck. As they put it up we’re watching them do it, looking at it two or three times. When they are actually up themselves, we are going to operate them to make sure they are meeting its specifications.”

Crews had more than 70 rides to inspect for the fair.

In a press conference held Wednesday night, Gov. Kasich called the incident “the worst tragedy in the history of the Ohio State Fair”.