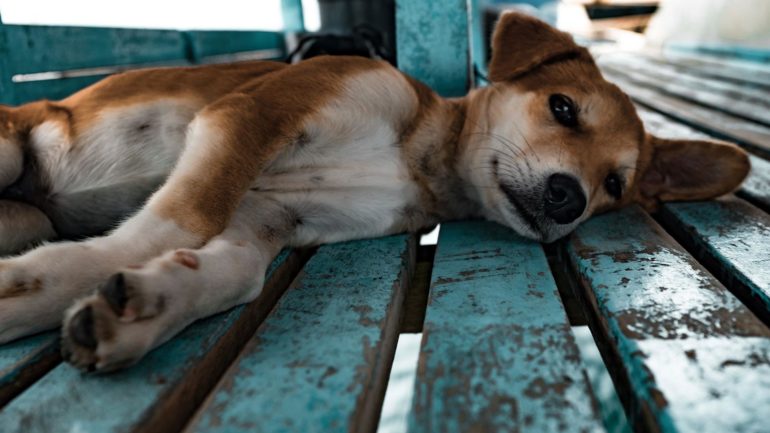 California Just Passed A Law Saying Pet Stores Can Only Sell Rescue Animals. Ohio Should Do The Same.

California has passed a new law, stating that all cats, dogs, and rabbits sold in pet stores must be from non-profit rescues or animal shelters.

The law, which will be fully implemented by 2019, will fine pet stores that do not comply $500 for each animal that violates the law. All of this is in an effort to reduce the mass-breeding of animals that leads to unhealthy and inhumane living conditions.

Even the “First Dog” of California was excited to share the news.

Sec. 956.23. of Ohio Senate Bill 331 reads, “The regulation of pet stores is a matter of general statewide interest that requires statewide regulation. Sections 9 56.181 to 956.23 of the Revised Code and section 956.99 of the Revised Code constitute a comprehensive plan with respect to all aspects of the regulation of pet stores. Accordingly, it is the intent of the general assembly to preempt any local ordinance, resolution, or other law adopted to regulate the sale, delivery, barter, auction, broker, or transfer of a dog to a person from a pet store.”

In other words, the State of Ohio values the rights of puppy mills over the rights and duties of local government.

Grassroots campaigns like Stop Puppy Mills Ohio are working to impose stronger limitations on breeders at the polls this November.

According to SPMO, the current law doesn’t do enough to regulate the commercial breeding industry here in Ohio, which is one of the largest in the US. Twelve Ohio breeders were named in the Humane Society’s “Horrible Hundred” for violations that included:

The measure proposed by Stop Puppy Mills Ohio requires humane treatment of dogs in Ohio commercial breeding facilities and out-of-state facilities that sell to Ohioans, as well as new welfare standards for breeders.

It’s not a solution, but it is a start. As for California, like all legislature, there are those who support the law and those who oppose it.

In an email to BuzzFeed News, the president and CEO of the ASPCA, Matt Bershadker expressed his pride of the recently passed bill in California.

Of course, not everyone is happy about the new legislation. The American Kennel Club, an industry entirely dependent upon the breeding of dogs, expressed their displeasure.

“AB 485 blocks all of California’s pet lovers from having access to professional, licensed, and ethical commercial breeders,” Sheila Goffe, vice president of government relations for the American Kennel Club, told the LA Times. “This is not good for Californians or their companion animals.”

Although Stop Puppy Mills Ohio is on the right track, Ohio really needs a law, like California’s that makes sure that pet stores are only selling rescued animals. At the very least, local government’s should be able to require this within their own jurisdiction.

It’s time for Ohio’s governments to listen to what their constituents want, instead of what pet store lobbyists want.

To learn more about the efforts to stop this cruelty in Ohio, please visit Stop Puppy Mills Ohio.