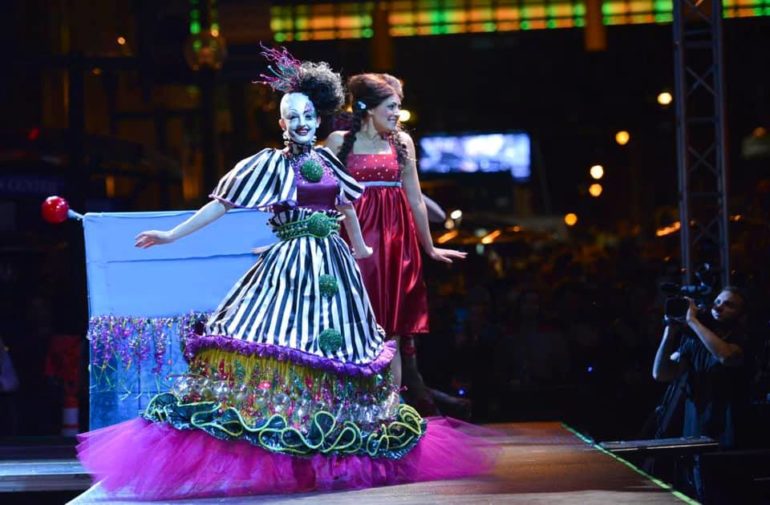 I’m still not certain if we’ll ever get actual fall temperatures, but I guess we should just enjoy the weather we have. There are so many fun activities going on this month that it’s hard to know where to start.

From family friendly fall festivals to the glamorous weekend that is HighBall, there are plenty of ways to pass the time this month, one of the best Columbus months of all. Get out there, Columbus.

What: Take the whole family to Alum Creek State Park for their Fall Fest. There will be seasonal activities as well as a haunted trail! The festival is free to attend.
When: October 4-5 during park hours
Where: Alum Creek State Park, 3305 South Old State Rd, Delaware, OH

What: Bake Me Happy is celebrating another anniversary, and yet they’re the ones giving us a gift. (So thoughtful!) Nostalgic Treat Saturday is back with tons of fan favorites, including Zebra Cakes, King Dongs, SnoBalls, Cosmic Brownies, Fudge Rounds, and more.
When: October 5 from 8 a.m. to 5 p.m.
Where: Bake Me Happy, 106 E Moler St, Columbus, OH 43207

What: A new era of soccer is about to begin in Columbus. A groundbreaking ceremony will be held at the Arena District location of the new Crew Stadium. The event is open to the public and will feature food trucks, live music, and some swag for the first 500 supporters in attendance.
When: October 10 at 2 p.m.
Where: 650 W Nationwide Blvd.

What: The city’s most anticipated event of the year is finally upon us. Break out your elaborate costumes and your will to party all night, because HighBall is back. Get out there and enjoy this weekend of fashion and celebration!
When: October 11-12
Where: 400 North High St, Columbus, OH 43215

What: The Inniswood Campfire Celebration is jam packed with food, drink, music and activities. There will be a silent auction which will include a variety of items, including exclusive Metro Parks experiences. Tickets are $50 and include campfire snacks, beer & wine, and exclusive access to the park from 6 p.m. to 10 p.m.
When: October 13 from 6 p.m. to 10 p.m.
Where: Inniswood Metro Gardens, 940 S Hempstead Rd, Westerville, OH 43081

The Rocky Horror Show at The Garden Theater | through November 3

What: Enter the outrageous castle of the mad scientist and infamous transsexual Frank N. Furter, who leaps across the time warp to return to the Green Room. Dig out your fishnets and vinyl and dress up if you dare. Whatever you do, don’t miss this iconic show by Short North Stage.
When: Various showtimes through November 3
Where: 1187 N High St, Columbus, OH 43201

What: This year’s installment of Heels of Horror will be a show full of frights to delight and laughs to make your Halloween season even spectacular. The show stars Nina and Virgina West and will have special performances by Barbie Roberts, Roxy Nikole, Shawty West, Emily Karn, Maria Hypes, Bianna Reyonce, Gretta Goodbottom, and more.
When: October 13-20, various times
Where: Axis, 775 North High Street, Columbus Ohio

What: Before Tegan & Sara were rockstars, they were just two sisters trying to grow up. In promotion of their new memoir, HIGH SCHOOL, and their new album, HEY, I’M JUST LIKE YOU, the duo will be performing an acoustic, interactive set at the Lincoln Theatre.
When: October 16 at 8 p.m.
Where: Lincoln Theatre, 769 E. Long Street

What: Matt & Kim are celebrating the 10th anniversary of their album Grand with a special tour. This album was huge in my early twenties, so the whole tour is just hitting me right in the feels.
When: October 19 at 7 p.m.
Where: Express Live

What: Ready for a little fun down on the farm? The inaugural Fall Farmaplooza will include games, activities, animal encounters, and more. The festival is free to attend and all proceeds collected will benefit Blystone Agricultural Community, a non profit organization committed to Agricultural and Farming education for todays youth
When: October 19 from 1 p.m. to 6:30 p.m.
Where: The Barn at Blystone Farm, 8677 Oregon Rd, Canal Winchester, OH 43110

What: The woman, the myth, the legend herself will be performing at the Schott later this month. The Courage World Tour is the first major U.S. tour for Celine Dion in a decade.
When: October 20 at 7:30 p.m.
Where: The Schottenstein Center, 555 Borror Drive Columbus, Ohio 43210

An Evening with David Sedaris | October 20

What: One of America’s wittiest writers will be in Columbus. An Evening with David Sedaris will feature all new stories and observations, along with an audience Q & A and book signing.
When: October 20 at 3 p.m.
Where: Palace Theatre

What: Break out your best Sanderson sisters costumes, because Hocus Pocus is showing at the Ohio Theatre. The special Halloween event will feature a costume contest as well as a screening of the iconic movie.
When: October 20 at 3 p.m.
Where: Ohio Theatre

What: The Thurber Prize for American Humor, one of the highest recognitions of the art of humor writing in the United States, is presented annually to one author of exceptional humor writing. This hilarious red carpet event will be held at the Lincoln Theatre. Tickets start at $50.
When: October 23 at 7:30 p.m.
Where: Lincoln Theatre, 769 E. Long Street

What: Jason Mewes and Kevin Smith are coming to Columbus to show their latest and greatest motion picture, the star studded Jay and Silent Bob Reboot!
When: October 28, 6:30 p.m. and 9:30 p.m.
Where: Studio 35 Cinema & Drafthouse, 3055 Indianola Ave, Columbus, OH 43202