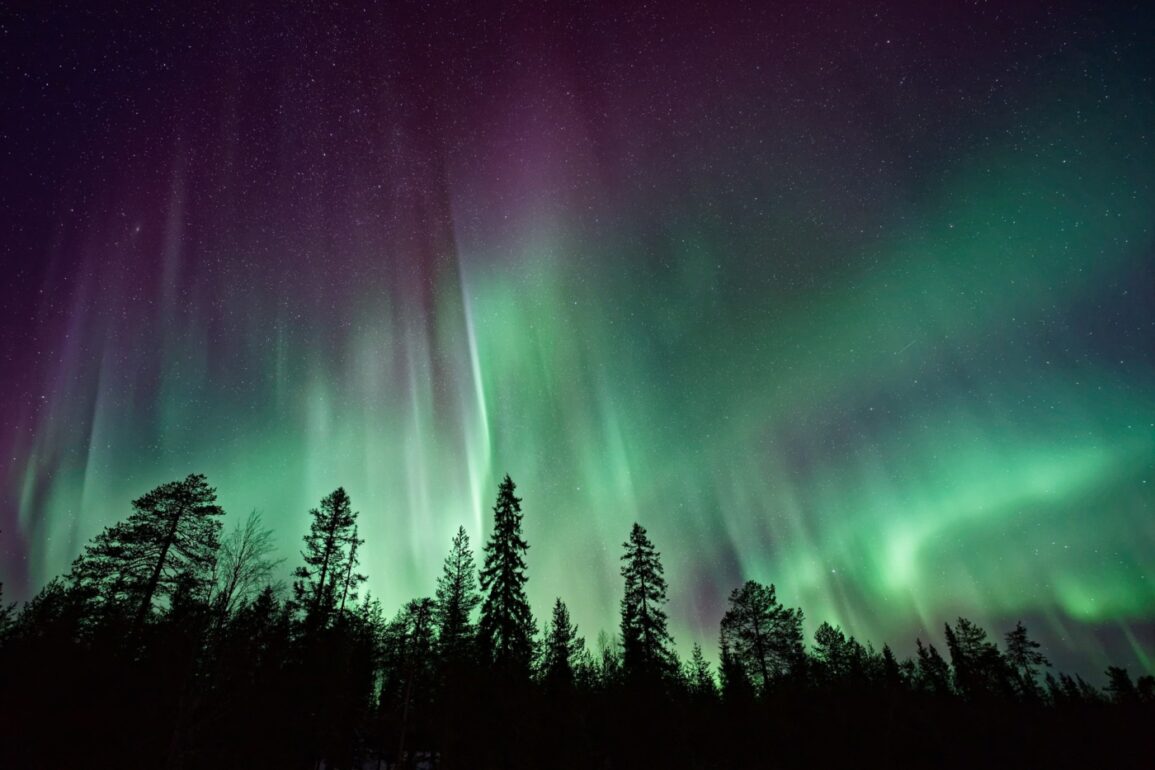 A large solar flare will reach Earth on Saturday, which could cause the aurora borealis is to be visible across the US and Europe.

NOAA issued a “strong” geomagnetic storm watch, labeled as G3, for Saturday and Sunday ahead of the flare. The scale for geomagnetic storms runs from G1, or minor storm, to G5, an extreme storm.

NOAA says that the storm could cause some voltage irregularities and false alarms on some protection devices, as well as potentially cause high-frequency radio blackouts.

According to The University of Alaska Fairbanks Geophysical Institute Aurora Forecast, if weather permits the Northern Lights could be visible on the horizon as far south as Oklahoma City and Raleigh, NC.

This weekend’s weather in Central Ohio will make viewing difficult, but for the best chance, you’ll want to get away from city lights late Saturday or early Sunday morning.

The Northern Lights are a rare sight this far south, but they do have a history in Ohio.

In September of 1941, a giant magnetic storm caused the lights to be seen around the world. This is from an account in the Akron-Beacon Journal:

Copley second grader Don Martin, 6, thought it was the most beautiful thing he had ever witnessed.
A magnetic storm, created when a coronal mass ejection from the sun collided with the Earth’s magnetic field, produced a spectacular light show that was visible around the world Sept. 18, 1941.

For a week before the event, astronomers had observed sun spots and solar flares. But then a gigantic explosion near the sun’s surface hurtled a cloud of electrically charged particles 93 million miles toward Earth.

The magnetic storm disturbed radio broadcasts, disrupted telephone services, halted telegraph transmissions, affected power grids and turned night into day. The northern lights, or aurora borealis, were visible across most of the United States, including places in the Deep South where they are rarely seen.

Ohio Edison retiree Martin, 86, who lives in Barberton, has a vivid recollection of that strange evening from 80 years ago.

“It was something amazing,” he said.

More on that event here: ‘It was something amazing.’ Millions stared at strange glow across night sky in 1941

This all comes just two weeks after a huge aurora borealis display over a huge part of North America that was reportedly seen as far south as Ohio: