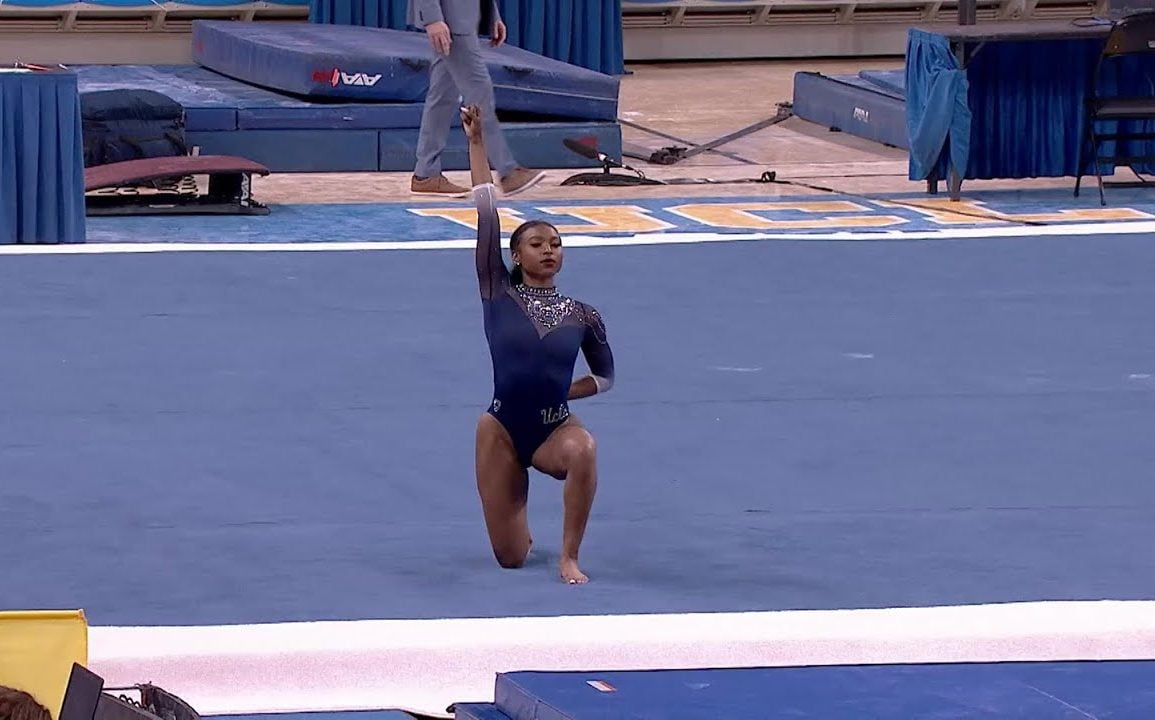 There’s nothing I love more than watching hardworking Columbusites getting the praise they deserve.

That’s especially true when it comes to Nia Dennis. The gymnast went viral last year for her Beyoncé-inspired floor routine and this year, she’s back at it again. Dennis, a senior at UCLA, put up a winning performance inspired by Black excellence, and once again, the internet can’t get enough.

In creating her floor routine, Dennis wanted to incorporate her own personal history. Her father was involved in Greek fraternity life, so she brought in some traditional stepping. She paid homage to UCLA and included her signature move, writing her name in the air with her finger.

Dennis told reporters that she wanted to have a dance party, and that was evident by the energy and excitement coming back at her from her teammates around the floor.

This is what #blackexcellence looks like. @DennisNia does it again! 🔥

Dennis grew up right here in Columbus and began her gymnastics career at Buckeye Gymnastics in Westerville. She’s now a senior at UCLA and her incredible routine scored a nearly perfect 9.950 and helped her team to defeat Arizona State.

As the routine got more and more views, praise started rolling in for Dennis from some true icons.

okay @DennisNia do the damn thing girl 🔥 this was so fun to watch! keep killing it! https://t.co/eDntwMpC4R

Even Kerry Washington had some love to send Nia’s way.

Not only is Nia incredibly talented, but she’s also humble and thankful for the praise. What a gem.

all of these incredible people i drew inspiration from, looked up to, & idolized literally know MY name. 🤯this is insane i couldn’t be more grateful.💕 truly, thank you for all the love !