Over the years as Columbus has grown and evolved as a major city, it hasn’t always received recognition from national media. You hear about cities like Charlotte or Austin on a regular basis, but Columbus has always flown under the radar most of the time, relegated to single-line exceptions in stories praising the South and West. The few publications that did pay attention seemed to be written by wide-eyed reporters that continued to be shocked that there were any places of value between the Atlantic and Pacific. Ironically, the city that has most perpetuated the now infamous “flyover” designation for Middle America has also inexplicably become one of Columbus’ greatest champions.

New York City’s interest in Columbus goes back the better part of a decade, when the Times published Hello, Columbus back in a 2010 travel piece. While overall very positive and well-researched, the article, of course, didn’t miss the opportunity to point out how surprising it was to find a vibrant, if not cool, city anywhere in the Midwest, let alone in Ohio. Regardless, the article may have helped set the stage for much of the subsequent attention the city would receive from New York and other writers.

Since its first foray into the city’s culture, the New York Times has written multiple articles praising everything from Columbus’ shopping scene to an as unyet built “Millennial Tower” . It’s promoted fashion rivalries with Nashville and, most recently, named the city as one of the top 52 places in the world to visit for 2019. High praise, indeed.

Meanwhile, other publications have been gradually taking notice of the city as well, both in and out of New York. The New York Post called Columbus a “Midwest sanctuary” in an article describing New Yorkers moving to the city.
USA Today said the city was an unlikely fashion hub. Time wrote about Columbus’ successful and unique public-private partnership. The Washington Post offered its take on things to do while in the city.

It seems the days of Columbus existing outside of the collective national consciousness appear to be coming to an end. But why? The New York Post article may provide the biggest clue- simply put, it’s about migration. In the years leading up to 2010, New York state had become one of the Columbus metro’s biggest net domestic migration feeders.

New York ranked 5th in this period, but notice also that many of the surrounding states were also high net annual feeders to Columbus. The Northeast was Columbus’ biggest feeder region of them all. If anything, migration from the Northeast- and indeed nationally- into the region has only continued to intensify in more recent years, as seen below. 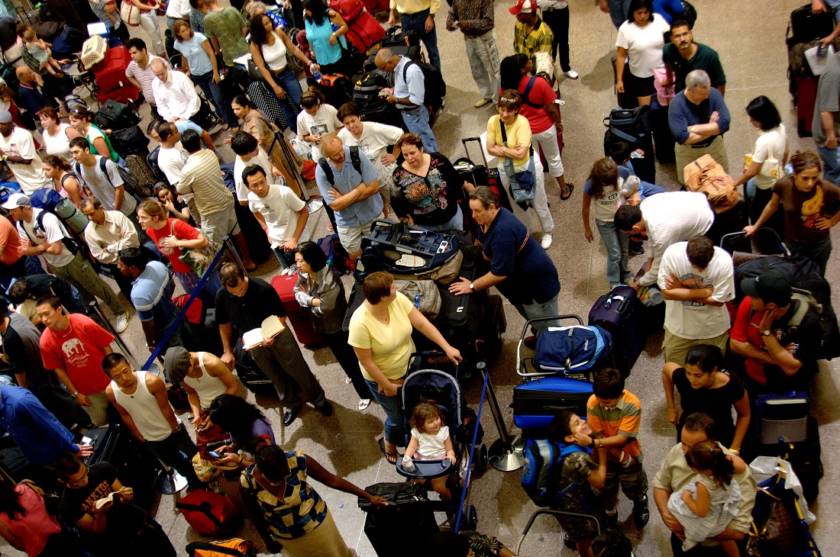 In 2006, the metro saw net positive domestic migration from just 20 states and Washington DC. In fact, overall national domestic migration from outside of Ohio was negative.
By contrast, in 2016 the Columbus Metropolitan Area had net positive domestic migration from 27 states, Washington DC and Puerto Rico, and was seeing thousands of movers from outside of Ohio every year. Even more states were trending positively as well. The pull into Columbus has only gotten stronger over time, and the I-95 corridor has been the main origin source for many of those new residents for some time now. As more people from the region arrive, more people hear about it, enhancing the cycle. Perhaps not entirely coincidentally, the city had become one of the fastest-growing cities in the country by 2017.

As for what it all means, the most likely outcome is that the city will continue to gain recognition as word-of-mouth spreads. Despite problems regarding traffic, lack of transit options, housing shortages and others, Columbus remains a very attractive place to live and work. Realistically, it couldn’t have remained a “best-kept secret” forever. Now that the cat’s out of the bag, it’s time for the city to double and triple-down on efforts to prepare for future growth. “We’re not New York!” has been a common exasperated refrain in criticism of density and development in the city for quite a while. Ironically, while that’s certainly true, it appears New York is coming, anyway. Whether we end up with a significantly changed city remains to be seen. In the meantime, here’s hoping for at least a decent place to get a New York slice.