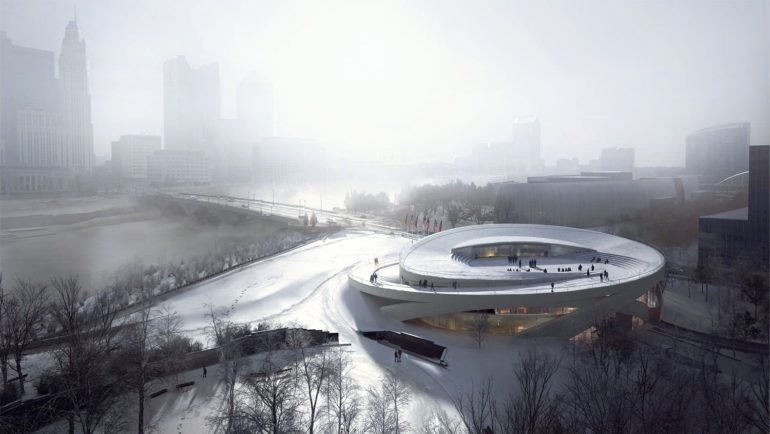 Architectural Digest is very excited about the new Veteran’s Memorial:

While the design of some museums scream for attention, the National Veterans Memorial and Museum is beautifully understated, honoring the country’s veterans in an appropriately somber manner. Indeed, much like the people it’s honoring, the structure has a dignified form that appears to be organically grown from the ground. Designed by the U.S.-based firm Allied Works Architecture, the building will house artifacts, multimedia exhibits, and installations to remind visitors of all that the nation’s veterans have sacrificed.”

AD describes this list as “… the structures that will create an identity for their home cities” and includes buildings from all over the world, including Copenhagen (a power plant with a 1,500-foot ski slope on top?!), Calgary, Houston, Doha, and Taipei.

The $70 million project is being built by Allied Works Architecture which has numerous other impressive projects in the works, including the United Kingdom’s Holocaust Museum, the National Music Centre of Canada, and a stadium expansion for MLS franchise Portland Timbers (maybe we can tap them next for some Crew work?)

The new Vets was also named one of the 9 most beautiful buildings opening in 2018 back in December by Galerie Magazine.

Target date for opening is summer of this year.