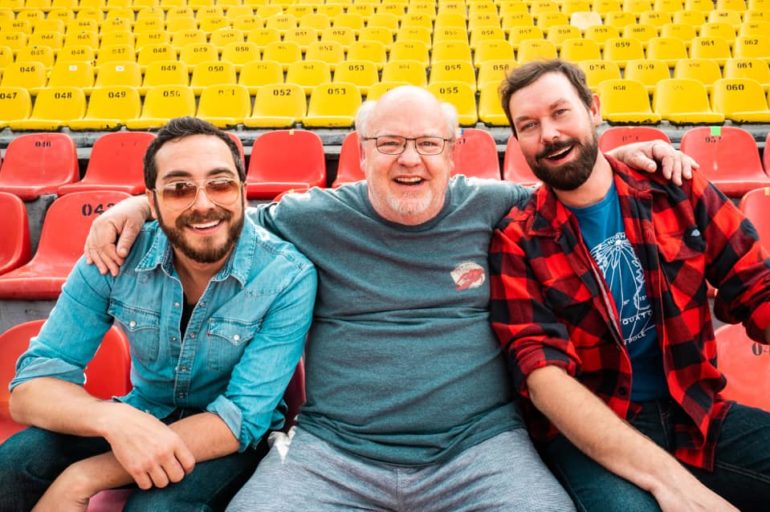 Navigator Weekly Planner: The 16 Best Things To Do This Week Including Kyle Gass Company, Holiday Hoopla, And The Better Black Friday

Happy Monday, Columbus. What are you waiting for? Time to get planning!

Somewhere in Particular Brewing | 7 p.m. | Free
Enjoy SIP Movie Night at the Henderson House next to the taproom. They have a full, newly renovated bar, the full SIP Menu available, and free popcorn!

The Pool at Conservatory Aglow

Franklin Park Conservatory | 5 p.m. to 9 p.m. | $19
Light artist and sculptor Jen Lewin conceived ‘The Pool’ as a huge puddle of light that would invite viewers to jump in. The concentric circles of 100 glowing computerized pads light up when you step on them. This art piece will only be here for one month! Make sure to check it out as part of the Conservatory’s light exhibition.

Why did I get married comedy show with TK Kirkland

Columbus Funny Bone | 7:30 p.m. | $30
TK Kirkland has been a popular urban comic starting from his tours with late rapper Eazy E. TK now has new material about his very recent, very brief marriage. This is sure to be an evening of non-stop laughs.

Nationwide Arena | 7 p.m. | Start at $23
Our beloved Blue Jackets take on the Philadelphia Flyers this Wednesday for their second of three home games this week.

Kindred | 4 p.m. to 10 p.m. | Free
Head to Kindred with all the people you’re thankful for! They’re releasing their new chocolate milk stout this Wednesday. The food truck is Wrapworthy from 5 p.m. to 9 p.m.

Shadowbox Live | 7:30 p.m. | $30
Holiday Hoopla is back! This show mixes sketch comedy with seasonal music. Holiday Hoopla has been entertaining audiences for a quarter of a century and has become a Columbus holiday tradition.

Nationwide Arena | 7 p.m. | Start at $50
The Blue Jackets hit the ice with the Pittsburgh Penguins this Friday at 7 p.m.