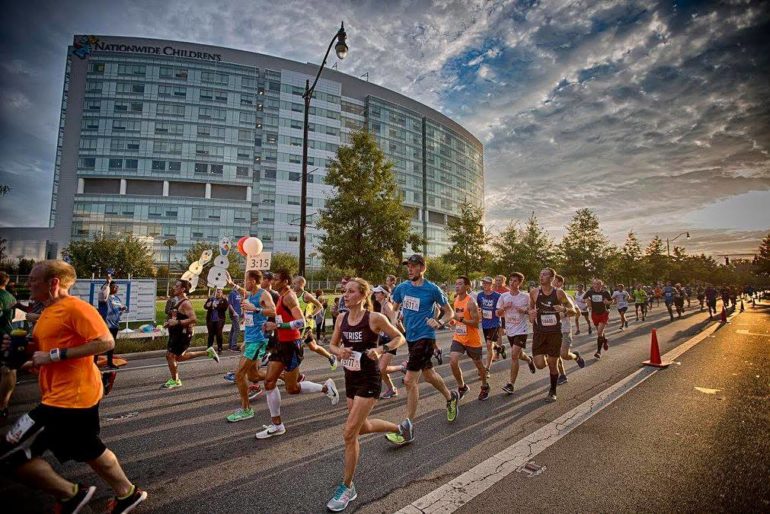 Navigator Weekender: The 13 Best Things To Do This Weekend Including Monster Bash, Shock Around The Clock, And The Columbus Marathon

Halloween celebrations are getting underway around the capital city. If you’re looking for the perfect fall activity, look no further. Enjoy these 13 awesome things going on our around Columbus this weekend.

What: The Tony-award nominated musical, School of Rock will be playing at the Ohio Theater all weekend. The musical is based on the 2003 Jack Black film, with music composed by Broadway legend, Andrew Llyod Weber. Tickets are available here.
When: October 12-15, 2017
Where: The Ohio Theater

What: Kick off the CJO season at the 45th Anniversary Extravaganza! The multi-day event will feature one of the greatest saxophonists of this generation, Joshua Redman. The program also includes the world premiere of a new work by the great jazz bassist/composer/bandleader, John Clayton, starring Columbus native and piano wunderkind, Micah Thomas. Tickets are available here.
When: October 12-15, 2017
Where: Southern Theatre, 21 E Main St. Columbus, OH

What: Southern Ohio Events presents the Chillicothe Halloween Festival. This three-day festival will feature a variety of Halloween/Paranormal/Supernatural-themed events including guest speakers & presenters on these topics, merchandise vendors, concessions, rides, coffin races (soapbox derby), costume contests, bands, and many exhibits throughout the festival.
When: October 13-15, 2017
Where: Yoctangee Park, Chillicothe, Ohio 45601

What: Head to Dublin for the Annual Chili Cook-Off. For $15 you can visit 7 of our gourmet restaurants, enjoy 7 unique chilis, and vote for the best while helping to raise money for the Dublin Food Pantry! Tickets are $15 and can be purchased here.
When: October 14 from 1 p.m. until 4 p.m.
Where: Historic Dublin, 1 N High St. Dublin, Ohio

What: Presented by CoverMyMeds, Monster Bash is back for the 12th year. Kick the night off by Trick or Treating at a dozen homes and businesses in the core of the neighborhood to sample delicious concoctions and other dangerously tempting treats. After that, head to the event at German Village Meeting Haus. There will be a costume contest, open bar, outdoor games, and more. Don’t forget to stop by the after party at The Daily Growler. Tickets are $65 and can be purchased here.
When: October 14 from 7 p.m. until 11:30 p.m.
Where: 588 S 3rd St, Columbus, Ohio 43215

What: Nine times the horror! Nine times the fright! SHOCK AROUND THE CLOCK returns from the grave for another terror-filled rotation of the planet! This year’s celebration of cinematic excess features a powerhouse lineup of films, including Creep Show, Near Dark, Silence of the Lambs, Eraserhead, and more. Tickets are $40 and are available here.
When: October 14-15 from 12 p.m. until 12 p.m.
Where: Drexel Theatre, 2254 E Main St. Bexley, OH

What: Tag along on our second annual Fall Colors Hike at Clear Creek Metro Park. It’s a strenuous 4-6 mile hike to Stone Fence Hill on the backcountry trails. We will visit some small caves and have an opportunity to see some amazing fall colors. There will be some steep terrain, and some true off-trail bush-whacking, so come prepared with sturdy shoes, snacks, water, and your camera.
When: October 14 from 10 a.m. until 1 p.m.
Where: Clear Creek Metro Park, 9995 Opossum Hollow Rd, Rockbridge, Ohio

High of 72F. Rainy with a possibility of thunderstorms.

What: This year, 18,000 athletes will take part in the Columbus Marathon. You can cheer them on, as they take part in an iconic sporting event and raise money for Nationwide Children’s Hospital.
When: October 15 from 7:30 a.m. until 5 p.m.
Where: 136 E Broad St, Columbus, Ohio 43215

What: Join the Prairie Township Fire Department for the first-ever Food Truck and Fire Prevention Festival. Food vendors will include Schmitz, Taquitos Taco Truck, and more. There will also be family activities to learn how you can prevent fires and make your community safer! Admission is free.
When: October 15 from 4 p.m. until 7:30 p.m.
Where: 123 Inah Ave, Columbus, OH

What: Come enjoy a fun, fall, family afternoon in Westgate Park. There will be a costume contest, baked goods, games, trunk or treat, and of course, mums!
When: October 15 from 2 p.m. until 4:30 p.m.
Where: Westgate Park, 3175 Wicklow Rd, Columbus, Ohio