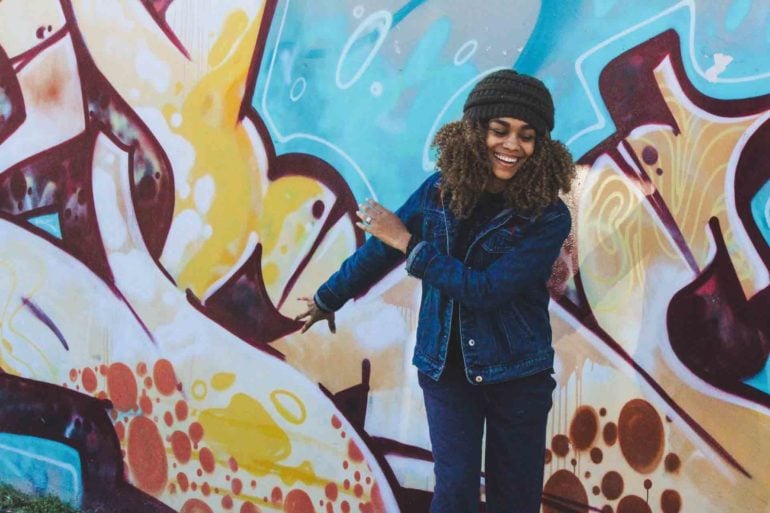 Navigator Weekender: The 13 Best Things To Do This Weekend Including WCOL Birthday Bash, Gaelic Storm, And Juicy Brews

The last weekend of February is here. As we inch closer and closer to spring, you can almost feel the city waking up and brushing off the winter dust. Of course, it helps that the temperatures have been above 40 degrees this week. There’s a lot to do this weekend, so get ready kids… it’s going to be a fun one!

What: I didn’t go to Catholic school but growing up, I had plenty of friends who did. And nearly all of them have at least one story about one nun that still brings fear into their hearts. Late Night Catechism is a theatrical performance that will bring out all the nostalgia of a Catholic childhood, the good and the bad. Tickets start at $36.50 and can be purchased here.
When: February 23 at 8 p.m.
Where: Lincoln Theatre

What: Get in the mood for St. Patty’s day with Gaelic Storm. This celtic rock band is one of my favs. You can bet they will be playing all of their best tunes, and if we’re lucky, maybe they will even play “The Night I Punched Russell Crowe”. Tickets are $25 and can be purchased here.
When: February 23 at 7:30 p.m.
Where: Newport Music Hall

What: Celebrate all things country at 92.3 WCOL’s 24th Birthday Bash. Gary Allan will be headlining with Morgan Evans opening the show. There are general admission and VIP tickets available here.
When: February 23 at 7 p.m.
Where: Express Live!

What: Looking to expand your vinyl collection? Or maybe you’re on the hunt for that perfect CD or cassette. The Columbus Ohio Record & Music Memorabilia Show might just have what you are looking for. Tickets are $5 each and parking is free.
When: February 24 from 10 a.m. to 4 p.m.
Where: Haimerl Center & Serenity Park

What: Columbus families, there is a party you won’t want to miss this weekend at COSI. The WOSU Kids Winter party includes storytime, hands-on activities, highlights of offerings from WOSU Classroom, a PBS KIDS costume character, and a screening of “Pinkalicious & Peterrific,” the newest program from PBS KIDS. Admission is included with the cost of COSI admission.
When: February 24 from 11 a.m. to 2 p.m.
Where: COSI

What: Cheer on the CBJ as they take on the Blackhawks! Tickets are available for purchase at the arena or online.
When: February 24 at 7 p.m.
Where: Nationwide Arena

What: Back for the third year in a row, The First Responder Face-Off a charity hockey game between the Columbus Fire Department and the Columbus Police Department. What are they competing for? The Buckeye Cup trophy, and of course, bragging rights! Proceeds from the event benefit the First Responder Face-Off Foundation.
When: February 24 at 3 p.m.
Where: Schottenstein Center

What: Come on, get hoppy people! It’s time for Juicy Brews. Head to The Crest to meet the participating brewers and try unlimited pours from some of the East Coast’s best breweries. There will be food, beer, music, and exclusive merch and glassware from designer Sam Taylor. There are two sessions, each accommodating 300 people. Tickets start at $60 (unless you’re a designated driver, then you get a sweet discount!) Click here for more info.
When: February 25 from 11 a.m. to 6 p.m.
Where: The Crest Gastropub

What: The Dispatch Home & Garden show is so much more than your average H&G event. You can get tips for your own projects from experts, learn about new ways to improve your home and garden, enter to win tons of prizes, and more.
When: February 25 from 10 a.m. to 6 p.m.
Where: Ohio Expo Center

TV on the Big Screen – The Walking Dead: Mid-Season Premiere

What: One could argue that I’m borderline obsessed with The Walking Dead, and they’d probably be right. I know, it’s not that good anymore, but I just can’t stop watching it. If you’re a fan of the show, you probably know that this Sunday we’re all going to be saying goodbye to one it’s most beloved characters. We might as well do it in style at the Gateway Film Center. The show will be on the big screen on Sunday night, and while the event is free, it does fill up quickly. You can get your tickets from the link above.
When: February 25 at 9 p.m.
Where: Gateway Film Center

What: Moms and daughters are invited to a very special tea party at OurCupcakery. Meet Disney’s “Belle”, sing, dance, craft and more! There will also be tea sandwiches, fruit, and tea. You’ll also learn how to decorate cupcakes that you can take home with you. Tickets are $50 for a pair.
When: February 25 from 9:30 to 11:30 a.m.
Where: Our CupCakery (Dublin)