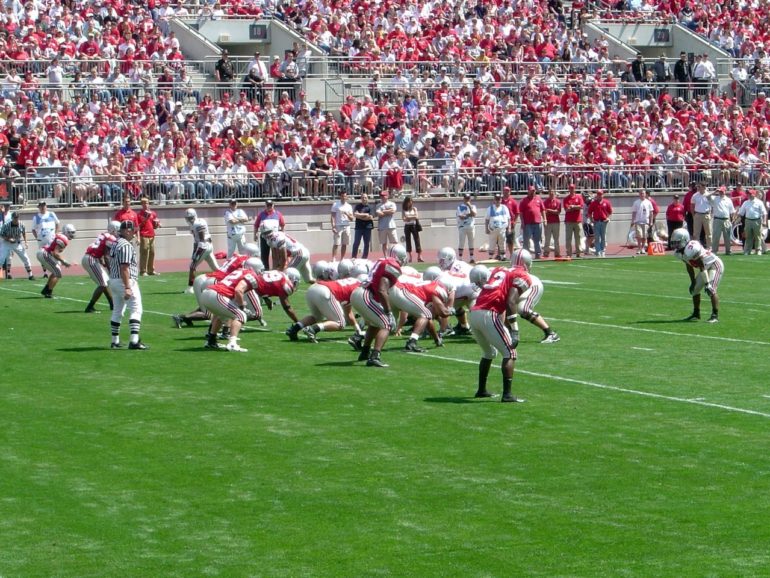 Navigator Weekender: The 13 Best Things To Do This Weekend Including OSU vs. Oregon State, Greek Festival, And BIA Parade Of Homes

I hope you’re all ready to say farewell to August. September is coming in a little hot, but before we know it, we’ll all be sitting around the bonfire with pumpkin spice lattes. If you want to enjoy summer while it lasts, there’s a lot you can do to have a good time during the upcoming three day weekend.

What: This weekend is full of amazing small town festivals, and the Millersport Sweet Corn Festival is no exception. With tons of activities, delicious food, midway rides, and a tractor pull, you couldn’t ask for a more authentic way to spend your Labor Day Weekend.
When: August 31-September 1, various times
Where: 2900 Chautauqua Blvd. Millersport, Ohio

What: If you haven’t heard Saintseneca, feel free to take a listen here. They’re one of my favorite hometown bands and once you fall in love, you’ll probably wish that you already had tickets to their album release party tonight.
When: August 31 at 8 p.m.
Where: Wexner Center for the Arts

What: Speaking of awesome Columbus bands, you can also check out McGuffey Lane! The band will be performing a free show at the Columbus Commons. The Buzzard Kings will open the night at 7 p.m. and of course, the food trucks will be waiting at the Commons to tempt you!
When: August 31 at 7 p.m.
Where: Columbus Commons, 55 E Rich Street

Rhythm on the River presents BalletMet

What: BalletMet is one of our city’s greatest artistic assets, and this weekend they’ll be performing for free at Rhythm on the River. The show will feature selections from their upcoming season, with company and world premieres.
When: August 31 at 8 p.m.
Where: Bicentennial Park, 233 Civic Center Drive

What: A free Bret Michaels concert and fried zucchini, what more could you want? The festival is full of local and national performers, yummy fair food, and family-friendly fun. It’s also free to attend.
When: August 31-September 3, hours vary
Where: Fortress Obetz, 2050 Recreation Trail

Mostly sunny with a chance of thunderstorms, high of 87

What: If anyone wondered where you’ll find me this weekend, wonder no further. I visit the Canal Winchester Labor Day fest every year with my husband’s family, and it’s always a great time. I hope to see you there, I’ll be the grown adult trying to catch a little candy from the parade floats!
When: September 1-3, hours vary
Where: Downtown Canal Winchester

What: Cheer on Columbus Crew SC as they take on New York this weekend. Let’s hear those chants! #savethecrew
When: September 1 at 8 p.m.
Where: MAPFRE Stadium

What: The boys of fall are back for another season. The Ohio State Buckeyes will take on Oregon State at the Shoe on Saturday. This will be the first chance for fans to see what sort of impact Urban Meyer’s absence has had on the team.
When: September 1 at 12 p.m.
Where: Ohio Stadium

What: This city-wide ride has been taking place since 2008, and brings cyclists from all over the city together to take a trip through our town. The ride features 5 neighborhood routes totaling approximately 28 miles, but don’t worry. You can choose how much you want to ride!
When: September 1 from 6 a.m. to 3 p.m.
Where: The rides start and end at Grange Insurance Audubon Center at
505 W Whittier St.

What: Treat your pup to a little fun in the sun at this pet adoption extravaganza. The event features 40+ pet vendors, rescues and advocacy groups, a pet parade, and even a pageant!
When: September 2 from 2 p.m. to 6 p.m.
Where: The Gateway, 10th and N. High

What: Long weekends are for relaxing, so why not do that with the help of some adorable farm animals. Goat yoga is super popular, so tickets go pretty quick, but if you’re lucky enough to snag one, you won’t want to miss out.
When: September 2 at 10:30 a.m.
Where: Harrison Farm, 5278 Berger Road, Groveport