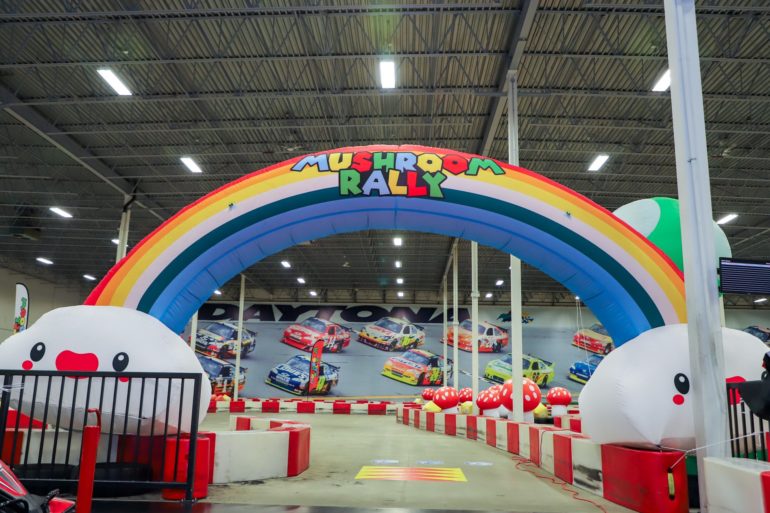 It’s A Mario Time: Mushroom Rally Is Headed To Columbus This June

A Mario Kart themed Go Kart rally will be headed to Columbus in June 2019.

Mushroom Rally has announced that they will be bringing this unique, video game inspired experience to Columbus on June 29. Mushroom Rally will be hosting 16 heats in 16 cities across the United States starting this month in Los Angeles with a final taking place Las Vegas later in the year featuring all the finalist from each city.

Your ticket to the event includes costume hire, 30 minutes of racing, games, activities, and more. Winners of the rally could earn themselves two tickets to the finals in Las Vegas. Although the Mario theme is heavily implied, Mushroom Rally does note that it is not affiliated with Nintendo.

The company started as Mushroom Racing in Australia. When the concept was first announced, the hype was very real. But some Aussies were quick to share their disappointment with the event.

According to News.com.au, customers reported that the costumes were cheap and dirty, the event was disorganized, and people felt they had been ripped off.

But a spokesman for Mushroom Racing defended the event. “Tickets were priced at $85 per ticket which included buses to and from the venue at a cost of between $20-$25 per person along with staff costs, props, costumes and other such event items,” he said.

“Customers have been given 20+ laps however for safety reasons a very small amount of people may have received a couple less due to rain. All costumes are washed, the only issue we had was when it rained but new costumes were provided.”

Tickets for the stop in Columbus are $55. All drivers 16 years and over need a valid ID (Drivers License or State ID Card) and all drivers under the age of 18 must have a waiver signed by a parent or guardian.

With months before their arrival in Columbus, we can all hope that this event has worked out its kinks by now. If you want to keep up to date and hear all about the stop in C-bus, you can sign up for email alerts from Mushroom Rally here.

I don’t know about you, but I’m so ready to toss some shells and a banana peel or two out of a Go Kart.