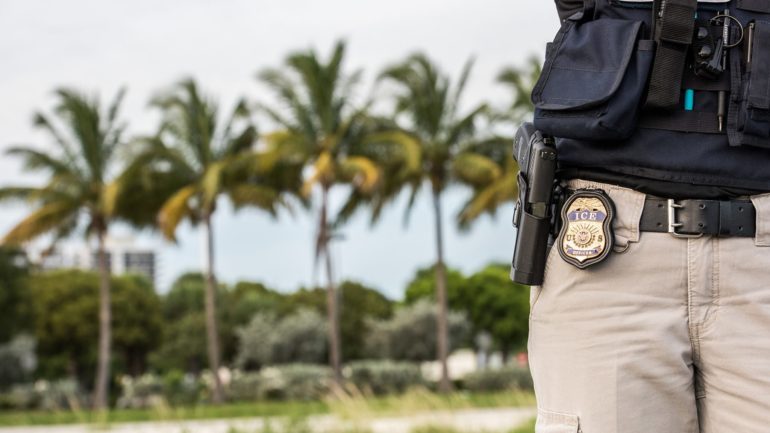 If deported she faces possible kidnapping, extortion, and murder.

Beatriz Morelos is a wife and mother of four. She has been a 20 year resident of Painesville, Ohio and she has a nonexistent criminal history. She’s also, as it turns out, a Mexican illegal immigrant. That’s what Painesville Police discovered last week after pulling over Morelos for a routine traffic stop.

After arresting her for operating a vehicle without a license, local police then turned her over to ICE or Immigration and Customs Enforcement. ICE has scheduled her deportation for Tuesday, despite the efforts of her family and her attorney Elizabeth Ford.

My heart’s breaking for you #BeatrizMorelos Thinking of you sitting in a detention cell in Tiffin. Still hoping human decency will prevail.

The local community is trying desperately to get ICE to rethink the decision on deportation, not just because doing so would destroy her family, but also for the safety and security of Beatriz Morelos herself.

Her scheduled deport location is a town just south of Texas called Nuevo Laredo, a town infamous for its dangerous gangs and cartels. The area is rife with homicides, sexual assaults, extortion, and kidnapping. Just last week, Francisco Narciso, another illegal immigrant, was deported from Painesville to Nuevo Laredo, where he was kidnapped, starved, and beaten until Narciso’s girlfriend was able to wire the criminals $4,000. Fortunately, Narciso has since then been released but the same fate could be waiting for Morelos, or worse.

According to her lawyer, the chances of getting the deportation completely reversed are pretty slim. Under pressure from the current White House administration, ICE and law enforcement officials are stricter now more than ever when it comes to arrests and deportations. What once only targeted illegal immigrants who committed crimes, now seeks out law abiding residents just trying to make a living and raise their families. Not only that but because of current immigration laws, it’s nearly impossible for someone like Beatriz Morelos to correct their immigration status.

@senrobportman Deporting of Beatriz Morelos is criminal. Trump talks abt deport criminals. He has a better record with peaceful parent etc

It’s uncomfortable to see how our nation prioritizes destroying families and ruining lives over issues of actual significance.

For all intents and purposes, our country is in a state of emergency as we wrestle an ever growing opiate epidemic. People are overdosing in record numbers and the child welfare system is breaking apart at the seams as it tries to accommodate the children of deceased opiate victims. But somehow it’s immigration that deserves all our fury and ire. Somehow illegal aliens pose such a threat to American livelihood that the current administration feels the need to crack down on foreign travel and emphasize deportation.

It’s unknown why the White House has refused to take an official stance on the escalating drug pandemic while instead focusing all its attention on the illegal immigrants that have already made themselves apart of our cities and communities. I suppose it’s easier to blame your problems on people that look and sound differently than you than it is to solve real world issues. You can instigate fear and contempt for an entire people but you can’t build a wall around drug addiction.