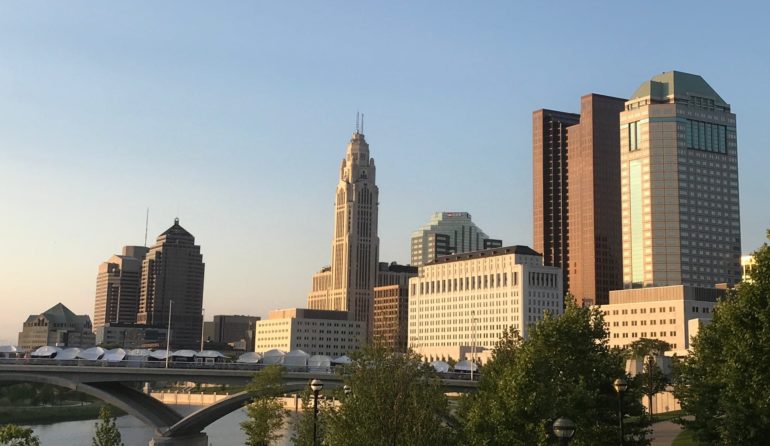 Columbus Navigator got its start this year, and while we’re still figuring out how this independent news thing works, it has been a blast kicking things off.

Just a reminder: we are locally owned, and completely independent. To date,
we have taken zero advertising, and when we do, we promise to keep a strong separation between editorial and ad sales. Our goal is to serve you, the reader.

Does that sound cheesy? A bit, but most heartfelt things do.

And, even more importantly, sign up for our daily newsletter:

20. 9 Enchanting Castles Within 3 Hours Of Columbus

Before starting Columbus Navigator, I knew of one castle in Ohio, the Loveland Castle that I visited with my wife and kids at the start of a (very) long drive to Florida. Turns out there are 9. It’s such an eccentric thing for a castle to exist in Ohio that I couldn’t help but love this list.

19. First I Got Super Drunk, Then I Stumbled Into A Hydration Clinic The Next Day. Here’s What Happened.

One of my favorite parts of 2017 was getting the chance to work with Zoey Miller. He is brilliant, is going to do big things, and this list could have easily just been 20 Zoey stories. This chronicles the time … well, you see the title. Did you know hydration clinics were a thing?

18. How To Spend The Perfect 12 Hours In Charming Westerville, Just 30 Minutes From Downtown

The suburbs don’t get enough love in Columbus media, which is a bummer because I think there are some really interesting things happening in central Ohio suburbs.

17. 12 Waterfalls That Make The Perfect Day Trip From Columbus

Just like the castles, who knew Ohio had so many interesting waterfalls?

16. The Old Santa Maria Is Sitting In Pieces In A Field Off Of US-23

Not the most glorious end for the Santa Maria, and people were very interested in photos of what’s happened to the former Columbus icon.

15. Thad Matta’s River Front Home In Worthington Is For Sale, And The Price Just Dropped Almost $100,000

I think people have a soft spot for Thad Matta, and it’s always interesting seeing inside someone’s house. (It’s like 90% of the fun of estate sales.)

14. Hidden Away Inside Forgotten Eastland Mall Is The Most Japanese Fan Boy Arcade Ever

When rents get cheap enough in dying malls, things get interesting, and this is true at Eastland Mall.

13. This $1.1 Million Home In Upper Arlington Has An Underground Secret

This might have been the biggest piece of clickbait we ran all year, but can you blame us? What a weird and wonderful thing to find in a home.

12. The Most Magical Columbus Metro Park Isn’t In Columbus At All

One thing to know about Columbus Navigator is that we love Columbus Metro Parks, and it was great to introduce people to one of the best ones that sometimes goes overlooked by people living in the city.

11. Incredible Texas Style BBQ Is Being Served Out Of A Popup In The Parking Lot Of A Defunct Long John Silver’s

This was one of the most fun restaurant openings of the year.

10. Out Of 2,600 Entries, The Columbus-Pittsburgh To Chicago Hyperloop Project Is One Of 46 Finalists

People are PSYCHED about this hyperloop idea. I imagine this was one of the biggest stories across all Columbus media outlets. It feels far fetched, and people are super ready to stomp on the idea, but it doesn’t hurt to dream big.

Circling back to that Thad Matta entry, and people loving a look at how other people live, one of our most popular ongoing series was our home tours. Another home tour we did just missed the list, and you can view it here.

7. Here’s The Deal With The Scioto Deer

Sometimes art needs an explainer – I had no idea this would do as well as it did, but it ended up going viral.

6. The Top 10 Dopest Restaurant Dives and Grease-Spoons Columbus Has To Offer

Zoey’s food run downs garnered some of the best feedback of anything we did all year, and I think people enjoyed the discovery aspect here.

5. Johnnie’s Tavern Has Burgers The Size Of Your Head, And Yes, You Want Onion Rings With That

This was our most popular food piece of 2017, and hopefully we drove some people to check out Johnnie’s, a place that deserves a crowd.

Columbus is a reasonably priced town, and there’s a real variety of budget friendly things to do here.

3. Some People Don’t Know That Columbus Was The First To Do These 9 Things

If you knew more than a couple of these, then you’ve got one up on me.

2. 9 Of The Most Annoying People You’ll Meet In Columbus

Columbus Navigator strives to be a positive outlet (our goal is to radiate love for Columbus), but sometimes some venting is in order. But of course, all of this was said with love also.

1. The 10 Dopest Dive Bars in Columbus

This generated a ton of debate on just what makes a bar divey, and what qualifies. See what you think.