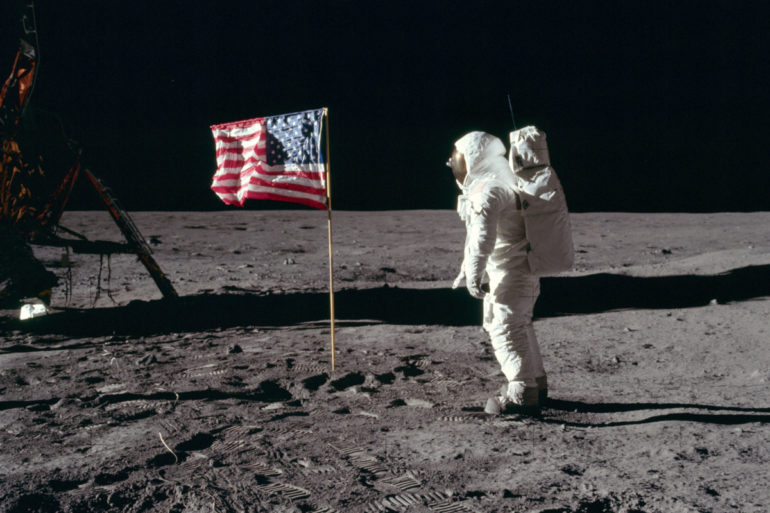 50 years ago, the world was changed forever.

The goal had been set forth by President Kennedy years earlier and it was clear: to put a man on the moon. After spending three days in space, the astronauts reached lunar orbit and prepared to make history. Buzz Aldrin and Neil Armstrong began their descent in their command module, The Eagle. They landed at 4:17 p.m. on July 20, and the world would never be the same.

“That’s one small step for (a) man, one giant leap for mankind.”

The honor of being the first human being to step foot on the moon when to Ohioan, Neil Armstrong.

Armstrong was born near Wapakoneta but spent his childhood moving around the state due to his father’s job as an auditor. He moved back and attended high school at Blume High School. When he was only 16, he earned his student flight certificate. After attending Purdue University and time spent serving in the Navy, Armstrong made the leap to his career as an astronaut.

He served on two Gemini Missions and as backup commander of Apollo 8. But his time to shine really came during the Apollo 11 mission.

Armstrong’s first steps on the moon were a profound moment around the world. The broadcast was viewed by over 500 million people, which was by far the largest television audience for a live broadcast at that time.

Over the years, Ohio has continued to send some of the best astronauts into space. In fact, Ohioans make up 7% of all American astronauts that have left earth. 25 astronauts have traveled from Ohio into space, logging over 22,000 hours in space, including 78 flights in space and 3 trips to the moon.

Where to celebrate the anniversary

The Ohio History Center is hosting an incredible, sold-out event to celebrate! The event will include a conversation with Dr. Kathy Sullivan, a screening of The Day We Walked on the Moon, a documentary from the Smithsonian Channel, and a viewing of the moon landing at precisely the moment Neil Armstrong touched down 50 years ago. If you didn’t manage to snag tickets, you can always join the waitlist by emailing [email protected] or calling 614-297-2663.

In addition to the main event, the Ohio History Center will also host a hands-on space-themed event with COSI! The event goes from 8:30-11 p.m. and tickets are $8 for adults and $4 for kids.

The NASA Glenn Visitor Center at the Great Lakes Science Center is a great place to spend the anniversary of the moon landing.

The National Museum of the United States Air Force will be commemorating the first lunar landing with a huge, family-friendly celebration. You can take part in model rocket building and launching, hop into an Apollo 11 virtual reality experience, learn little known facts about the mission, and check out space-related artifacts from the museum’s collection. There will also be a screening of Apollo 11: First Steps Edition at the DOME Theater.

Celebrate the moon landing at an astronomy park named for one of Ohio’s favorite astronauts, John Glenn, aka the first American to orbit the earth. The afternoon and evening will include space and moon-related programs.

Head to Neil Armstrong’s hometown for a massive, moon-themed celebration. From 5k runs to face painting to all kinds of space-themed activities, this event will leave you feeling like you got your Apollo 11 fix.

Let’s all celebrate humankind’s greatest achievement this weekend. What do you say?