Did MLS And Anthony Precourt Deliberately Sabotage The Columbus Crew?

In most every discussion of the Columbus Crew being moved to Austin, you see it. The kneejerk reaction that even if Columbus is getting a raw deal, the fans didn’t turn out to support the team.

Never mind that attendance for most of Precourt’s ownership has been solid, with Mapfre Stadium usually at 85% capacity. The attendance difficulties in 2017 are pointed to as evidence that Columbus might deserve what’s happening.

This is a misleading argument, and we now have concrete evidence as to why.

A meticulously researched document (link goes to Google Drive) from #SaveTheCrew member Tim Myers shows how the Crew’s schedule this year seems to have been deliberately put together to hurt attendance: 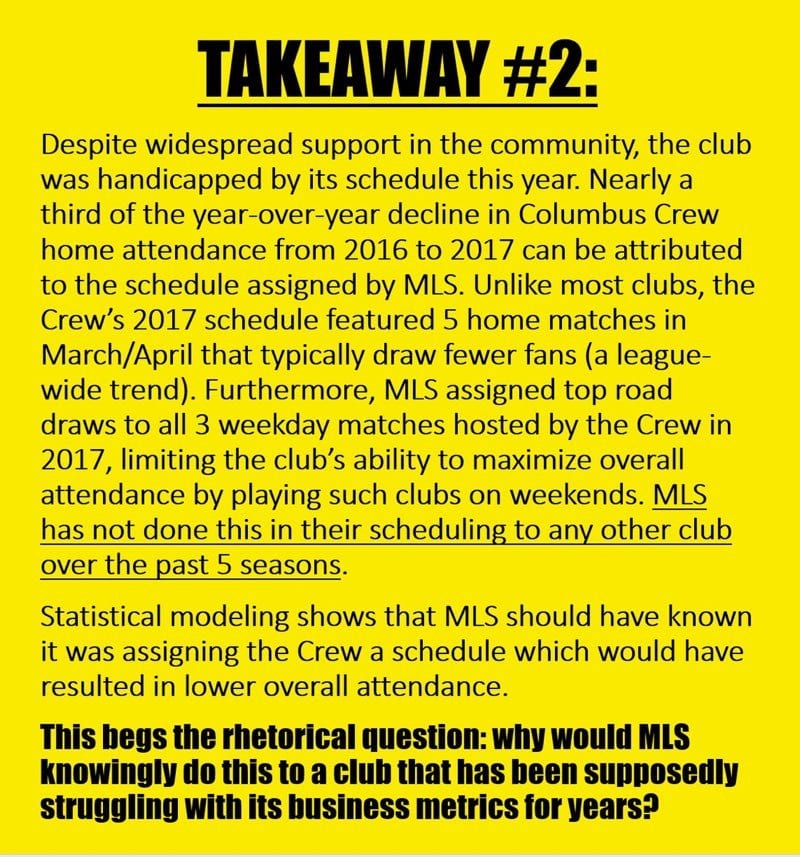 Then, doubling down, Anthony Precourt had less promotions this year than ever. Not logical behavior given the poor finish in 2016, and knowing the difficulties the schedule was presenting: 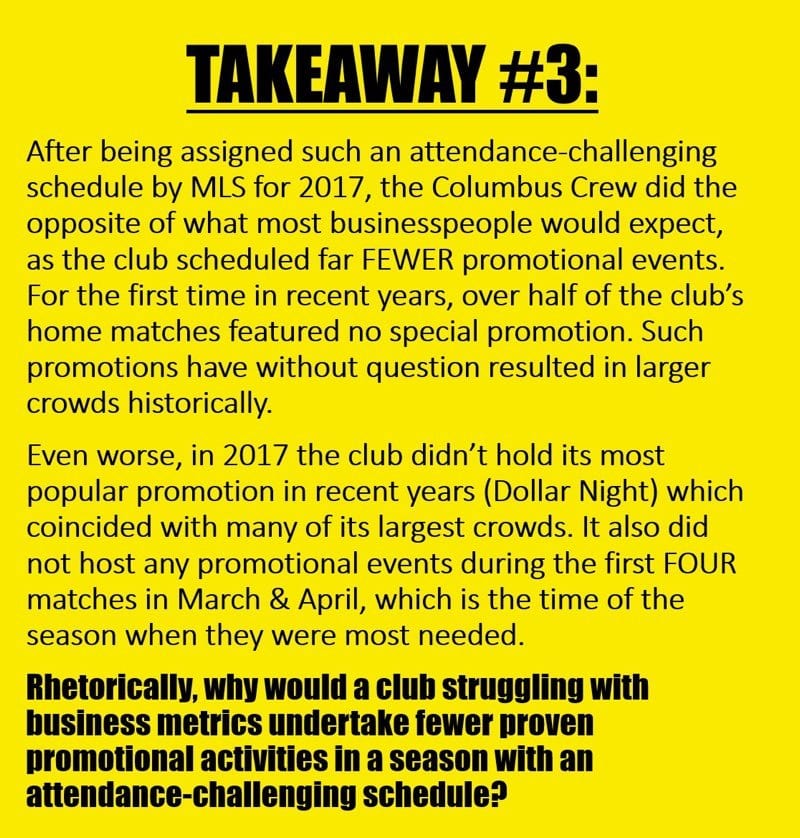 Finally, Myers shows that Precourt was exceptionally cheap when it came to using “Designated Player” slots, forcing the Crew to be the only team in all of MLS to go with only one designated player for three consecutive seasons:

The images above are only the tip of the iceberg. If you feel skeptical, please have a go at the entire document. It goes into copious amounts of detail on all of the above, and more.

It does not appear that Columbus has been put into a position to succeed as an MLS town, both by the owner, and by MLS as an organization.

We may be living in a real life ‘Major League’ scenario.