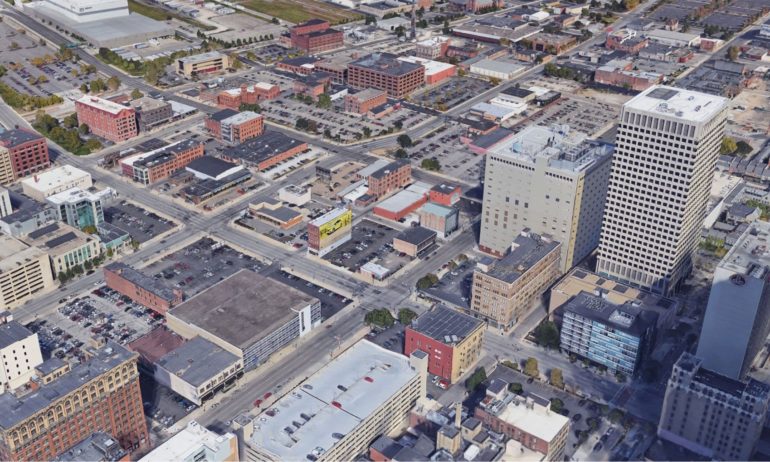 A prominent but underutilized corner of downtown will be transformed into a residential community under a proposal by Schottenstein Property Group.

The Columbus developer is partnering with Jonathan Barnes Architecture and Design to renovate three existing buildings, and build a fourth, at the busy corner of Third and Long streets. 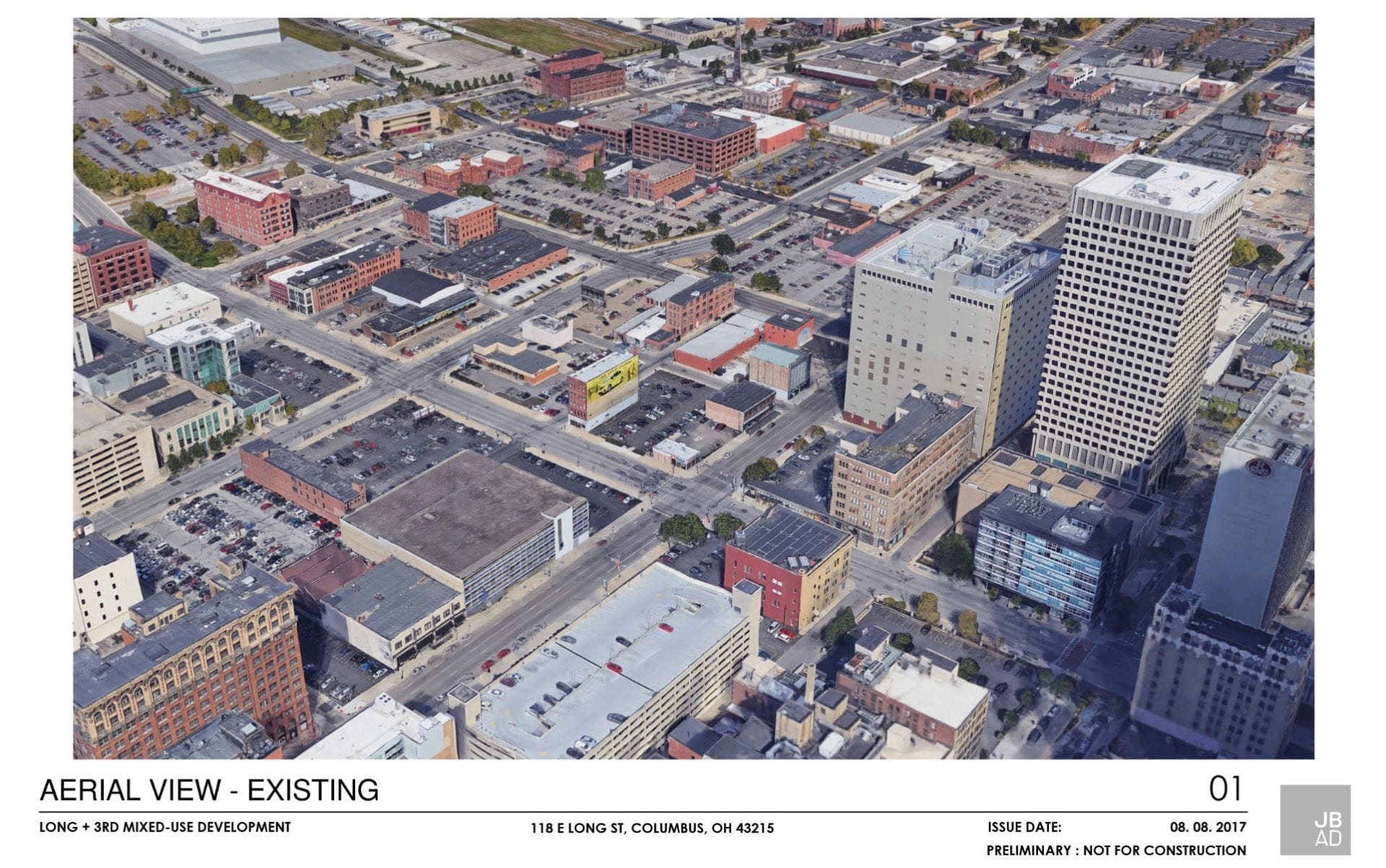 “I don’t know that we can say it’s going to become a district, but it certainly will become something other than what it is,” Jonathan Barnes, principal of the architecture firm overseeing the project, said of Long Street.

“We have the opportunity to not only bring three existing buildings back into the market but also to fill the gaps between them as much as we can.”

A five-story companion building will be constructed south of, and connecting to, the 154 N. 3rd St. building. 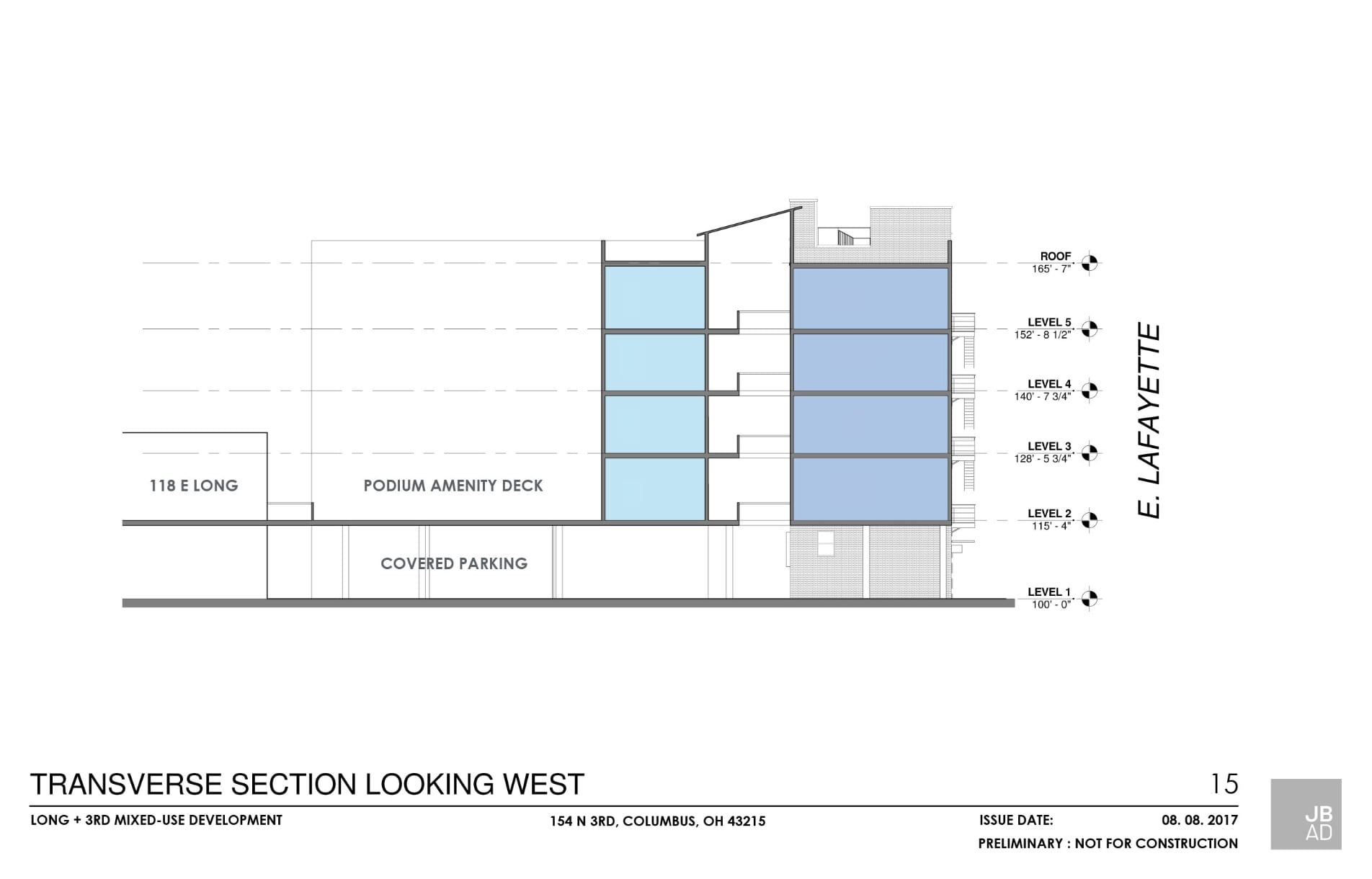 “Although in some ways these are three separate projects, we’re really treating them as kind of a small community,” Barnes said.

Floor plans for the Third Street buildings show street-level commercial space. The second through fifth floors will each have 14 one-bedroom units and three two-bedroom units. 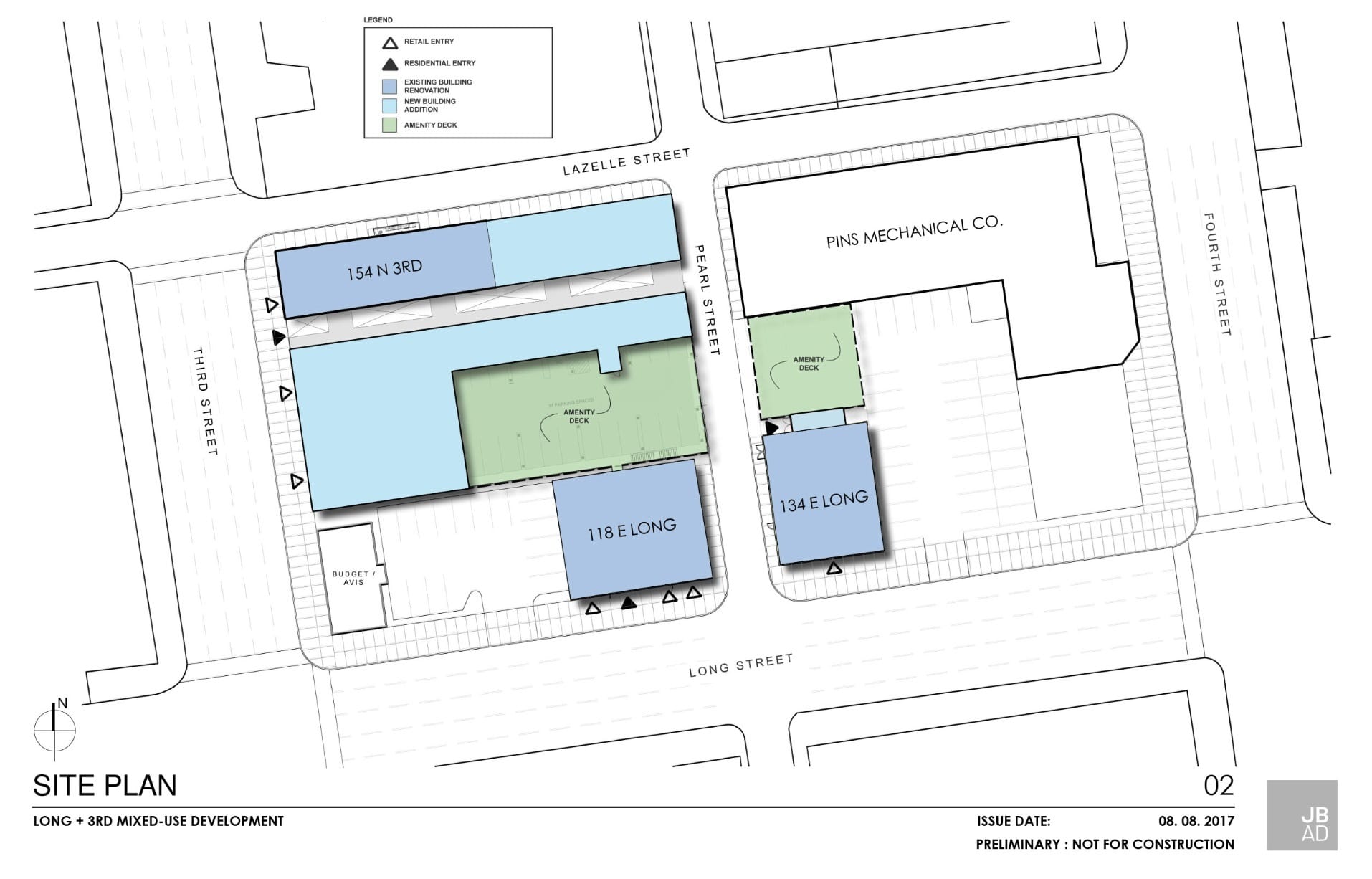 The 118 E. Long St. building, already home to a variety of retailers, will be renovated to have three two-bedroom units and a one-bedroom unit on the second story.

Floor plans for 134 E. Long St. show street-level commercial space beneath one-bedroom units. The developer did not outline a specific number of units for the overall project. 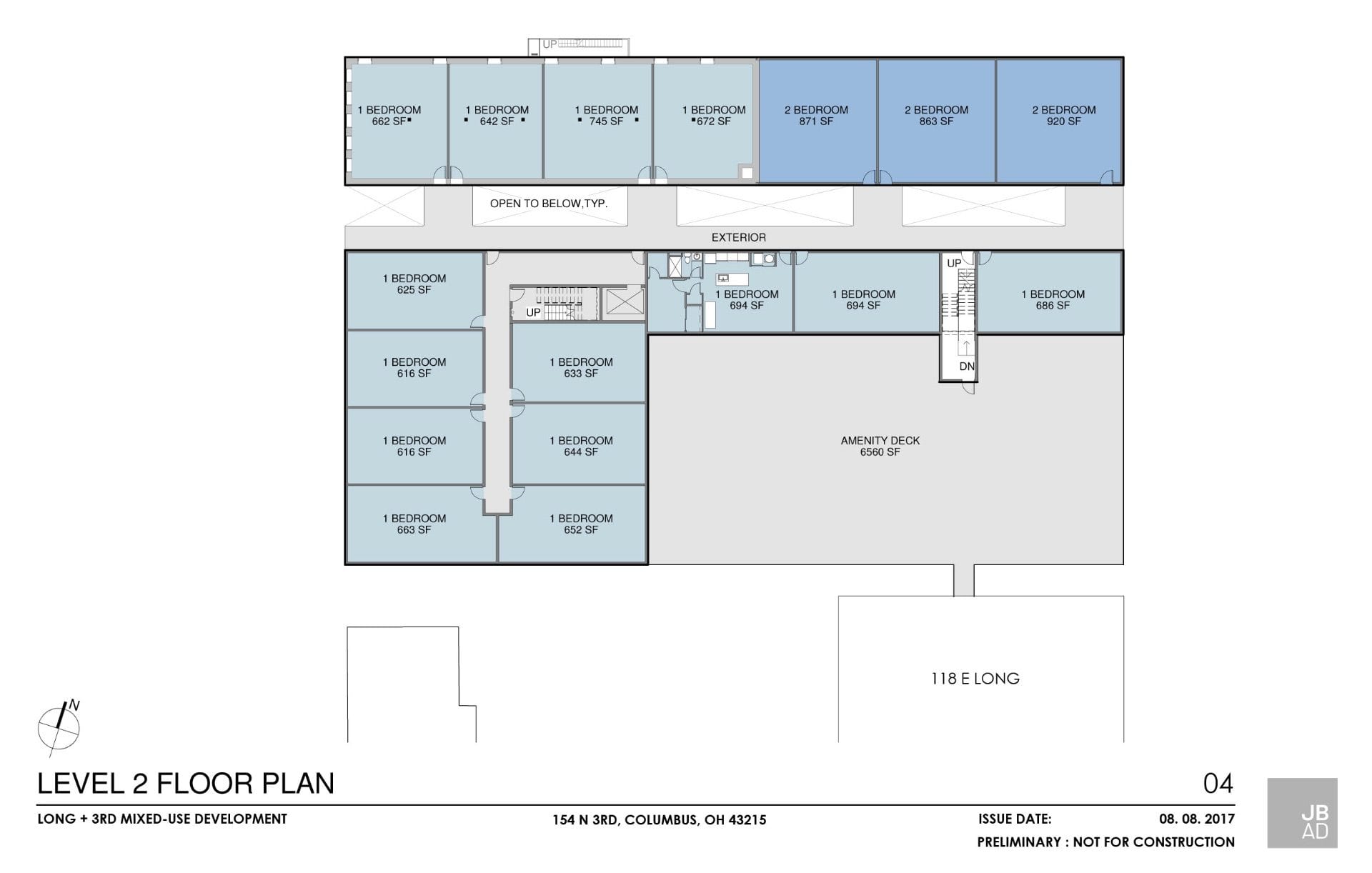 There will be a shared amenity space on the second level of the Third Street buildings. “That could even be a deck that is accessible to people from Pins, we thought,” Barnes said. “Really kind of mix these uses as much as possible.”

Schottenstein does not own the Budget Car Rental building anchoring the corner of Third and Long streets.

Tuesday’s proposal was conceptual, meaning no vote was taken. The commissioners were generally receptive.